The Riding of Nickel Belt

The CTV News Decision Desk has declared Liberal incumbent Marc Serré the MP-Elect for the Nickel Belt riding with 34.3 per cent of the vote. This will be Serré's third term after being first elected in 2015. 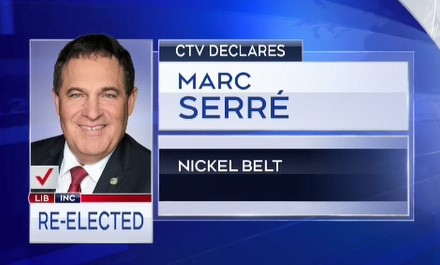 Marc Serré was first elected to the House of Commons in the 2015 General Election as was re-elected in 2019.

His father, Gaetan Serré, had represented the Nickel Belt Riding for one term as an MP under Pierre Trudeau 1968-1972.

In his first term as a MP, Serré was a member of over a dozen associations and inter-parliamentary groups, including standing committees including: Status of Women and Natural Resources. He was chosen to chair the National Rural Caucus in April 2017 before being appointed as Parliamentary Secretary to the Minister of Rural Economic Development. He is also the current co-chair of the Indigenous caucus.

During his last term as MP, he was the chair of the Canadian section of ParlAmericas.

Serré sponsored the successful private members' bill M-106 that called on the federal government to develop Canada’s first National Seniors Strategy and prompted the creation of a Ministry dedicated to seniors. 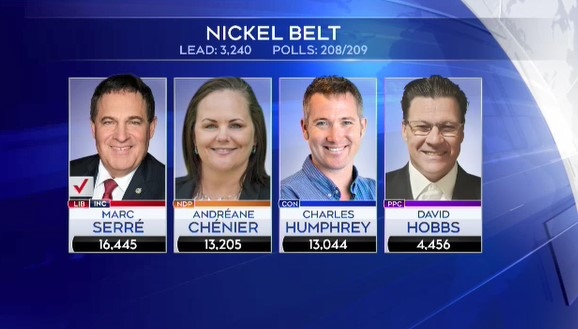 Voter turnout in the 2021 election for this riding was 61.7 per cent and doesn't included electors who registered on election day.

The riding includes communities within the City of Greater Sudbury, West Nipissing, French River, and Markstay-Warren.

There are 209 polling stations in the riding. 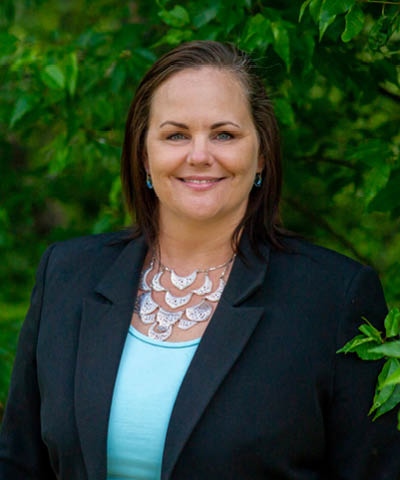 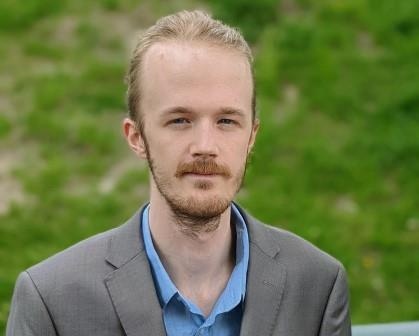 Craig Gravelle (Green) Nickel Belt’s most important local issue is the opioid crisis, and the Green Party of Canada will address the situation by taking these steps. First, the Green Party will decriminalize possessing a small amount of drugs and create a national safe supply program. Second, the Green party will provide all Canadians with a Guaranteed Livable Income (GLI), which addresses income instability and gives all Canadians more choice, dignity, and opportunity. Income instability is a significant problem, and income is the number one determinant of health. Providing Canadians with an income floor through the implementation of a GLI as a human right will provide Canadians more peace of mind and a freed mindset to plan for the future. Income stability improves mental and physical health outcomes, and we must address income if we want to address health outcomes positively. The most efficient way to address income is through the implementation of a GLI program. A GLI provides Canadians with the basics they need so nobody falls through any cracks in the system. 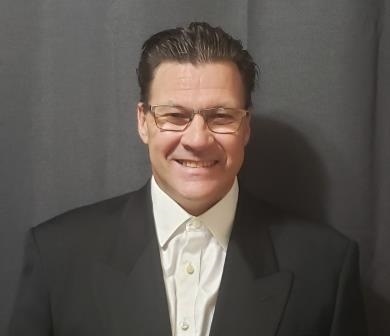 David Hobbs (PPC) The Sudbury and District health unit's employer tool kit for proof of vaccinations is of grave concern for all Canadians. This measure will only increase our already economically strained region caused by the measures imposed and have detrimental effects on physical and mental health. The PPC will promote a rational and scientifically-based approach to the pandemic that focuses on the protection of the most vulnerable, guarantees the rights and freedoms of Canadians to make decisions based on informed consent, and rejects coercion and discrimination. We will fire the Chief Public Health Officer of Canada Theresa Tam and replace her with someone who will work with provincial agencies to develop a rational approach to the pandemic instead of following recommendations of the World Health Organization. Repeal vaccine mandates and regulatory testing for workers in federally regulated industries and civil servants, repeal vaccine passports for travellers and other authoritarian measures imposed by provincial governments, and support individuals and groups who challenge such measures in court. Support emergency provincial measures to protect the most vulnerable, but stop bailing out provinces that impose economically destructive lockdown measures. Support medical research and development of therapies to treat COVID -19 and other viral diseases. 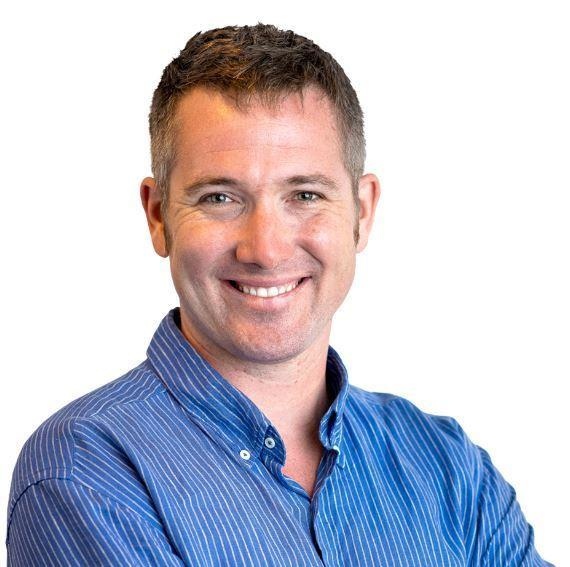 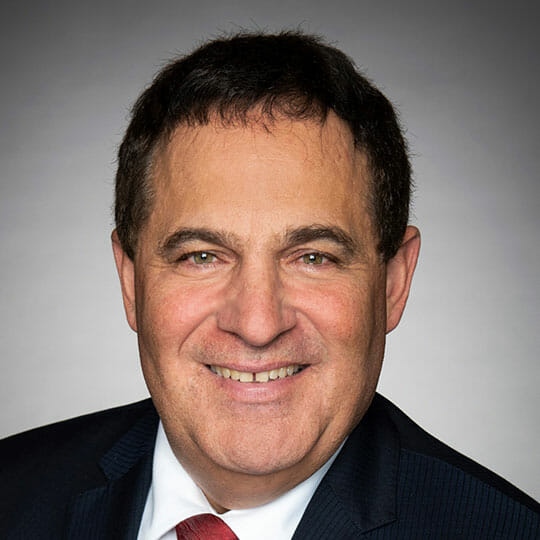 Craig Gravelle (Green) Climate change is an issue of the utmost importance, and the Green Party of Canada is committed to taking a bold and daring approach to address the crisis. The Green Party of Canada will tackle climate change by ending fossil fuel production, launching a just transition for workers, and creating green transportation and infrastructure. The Greens will achieve net-zero emissions as quickly as possible by ensuring a reduction in greenhouse gas emissions of 60 per cent from 2005 levels by 2030 and aiming to be net negative by 2050. The Greens will end all extraction of fossil fuels by cancelling all new pipeline projects, all new oil exploration projects, and ending all subsidies to the fossil fuel sector. The Greens will develop a national renewable energy electricity grid by ensuring that 100 percent of Canadian electricity, from coast to coast, is produced from renewable sources by 2030. The Greens will invest in green infrastructure programs, including retrofitting existing residential, commercial, institutional, and industrial buildings. The Greens will invest in green transportation by developing programs to encourage the retirement of existing gas-powered vehicles, including government-funded grants to purchase new and used electric vehicles.

David Hobbs (PPC) Recent studies have concluded that CO2 is an essential ingredient for life on earth and plant growth. Given the uncertainties over the scientific basis of global warming and certainties around the huge costs of measures designed to fight it, there is no compelling reason to jeopardize our prosperity with more government interventions. We will withdraw from the Paris Agreement and abandon unrealistic greenhouse gas emission reduction targets, abolish the Liberal government's carbon tax, and leave it to the provincial governments to adopt programs to reduce emissions if they decide to. Abolish subsidies for green technology and let private players develop profitable and efficient alternatives. We will stop sending billions of dollars to developing countries to help them reduce their emissions and invest in adaptation strategies if problems arise as a result of any natural climate change. Prioritize implementing practical solutions to make Canada's air, water, and soil cleaner.

Craig Gravelle (Green) The top 5 per cent have recovered from the economic effects of this pandemic months ago. Working-class families and the poor, on the other hand, won’t see a full recovery for another decade. And by then, we will likely already have had another economic crash, just like the ones we had in 2020 and 2008. The problem is how we are deficit spending. The Liberal and Conservative parties deficit spend through trickle-down measures which overwhelmingly benefit their big-money donors. The Liberal party just as easily could have provided every Canadian with a Universal Basic Income program at the outset of the pandemic. The deficit has soared during the pandemic, and unfortunately, most of that money went to bailout the wealthiest among us while working-class families were left behind with means-tested crumbs. Inflation is rising, but it wouldn’t be the scary boogeyman it is often made out to be if the money spent mainly went to working-class families; it was not. The Green Party's deficit spending will be different. Guaranteed Livable Income is trickle-up and will revitalize towns that haven’t seen much change for quite some time. It’s bold and daring, but it’s how we move forward into the 21st-century economy.

David Hobbs (PPC) In order to address the deficit, Ottawa should stop taking billions of dollars from the private sector and redistributing them through subsidies. It should instead lower taxes for all businesses encouraging saving and investment to make our economy more productive. We will eliminate all corporate subsidies and bailouts of failing companies, regional development grants, conditional loan guarantees with an implicit subsidy, tax credits, etc... that unfairly support some companies or business sectors generating a savings of $5 billion and $10 billion a year. Gradually reduce the corporate income tax from 15 per cent to 10 per cent. This measure will make $9.5 billion available to businesses allowing them to increase salaries or invest in productivity improvements over the course of one mandate. Gradually abolish the personal capital gains tax by decreasing the current 50 per cent down to 0 per cent. When complete, this measure will put roughly $7 billion per year back into the pockets of Canadians.


Here is what happened in the last federal election in 2019: 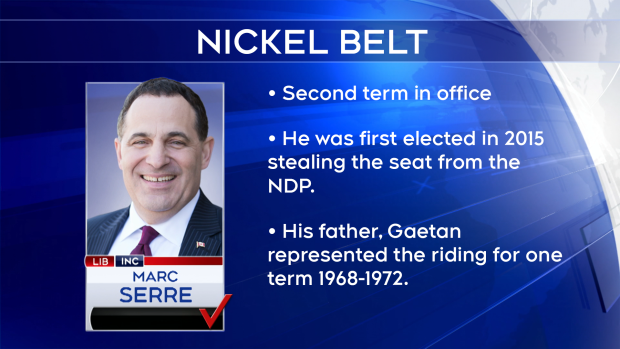 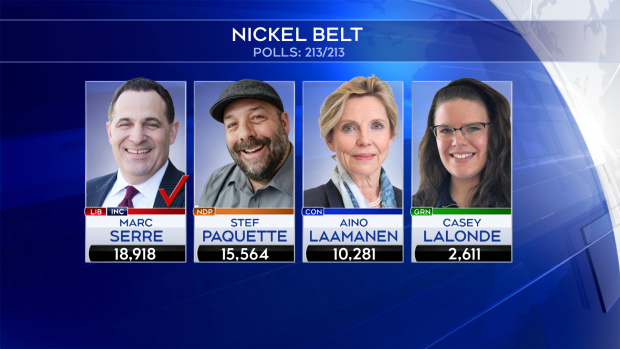 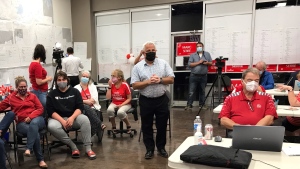 The CTV News desk has declared Marc Serré the winner in Nickel Belt.