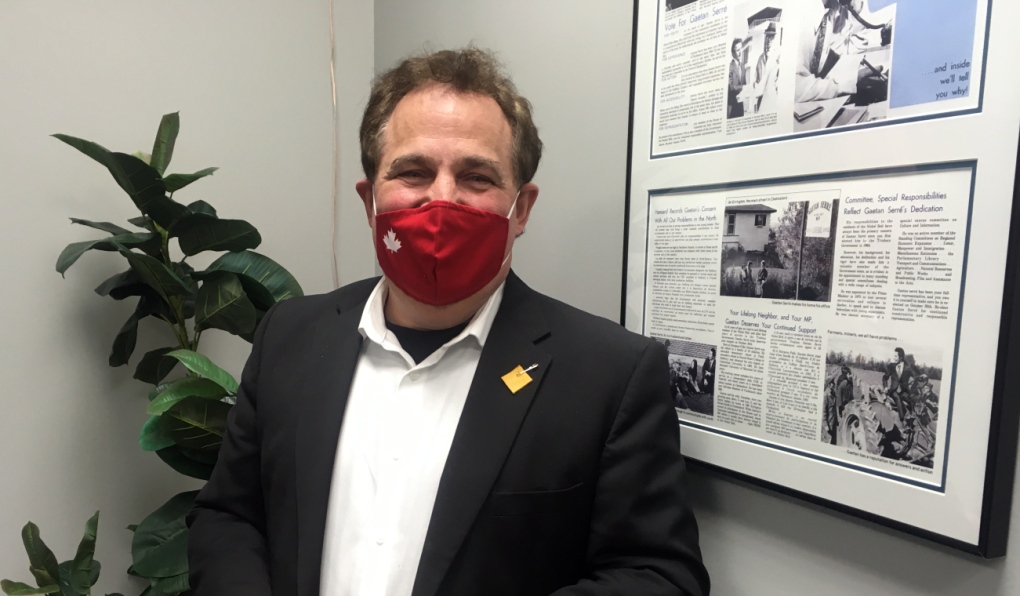 A 56-year-old woman is facing an assault charge following an incident in the morning of Sept. 13 at the campaign office of Liberal Marc Serré, who is running for re-election in Nickel Belt. (File)
Sudbury -

A 56-year-old woman is facing an assault charge following an incident at the campaign office of Liberal candidate Marc Serre, who is running for re-election in Nickel Belt.

In a news release Tuesday, Greater Sudbury Police said the woman went to the office and "began yelling and behaving in a hostile manner toward Serre and his staff members.

"Serre had been standing between a table and wall when the woman began pushing the table against him, pinning him against the wall," police said.

"As he began recording the incident with his cellular phone for evidence purposes, she proceeded to swipe at MP Serre’s hands with her own cellular phone in hand, striking his hands twice."

The woman continued yelling, claiming that she had been injured by one of his election campaign signs. She eventually left after repeated requests from staff, police said.

"A while later, as MP Serre was leaving the parking lot in his vehicle, the woman jumped out in front of him and began striking the hood of his vehicle and yelling," police said.

"She then re-attended the campaign office to retrieve belongings that she had left behind. However, the door had already been locked. She then proceeded to kick the door."

She is now charged with assault with a weapon and will be in court Nov. 17 to answer to the charge, police said.

"We remind community members that violence and harassment toward election candidates will not be tolerated and that offenders will be held accountable," police said.

"Political figures are human beings and deserve to be treated with dignity and respect, just like anyone else. Regardless if you agree or disagree with a political party, there are appropriate methods to voice your questions or concerns that do not include violence, harassment or vandalism. Please remember that you will be held accountable for your criminal actions and choices."

To report vandalism of an election sign, file a mischief to property report via the online reporting system.

To report a stolen election sign, file a theft report via the online reporting system.