The Riding of Sudbury

The CTV News Decision Desk has declared Liberal Viviane Lapointe MP-Elect of the Sudbury riding with 34.2 per cent of the vote. This will be Lapointe's first term after the Liberal incumbent Paul Lefebvre announced he would not be seeking re-election. 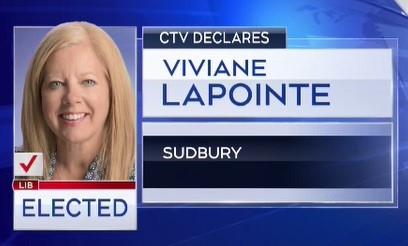 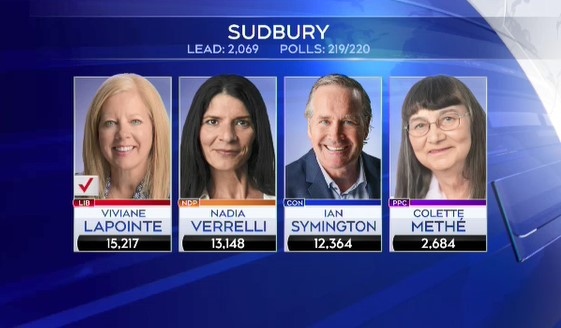 Voter turnout in the 2021 election for this riding was 59.8 per cent and doesn't included electors who registered on election day.

This riding includes many communities within the City of Greater Sudbury, except the Valley, Azilda, Chelmsford, and Onaping. It covers 977 square kilometres.

There are 219 polling stations in the riding. 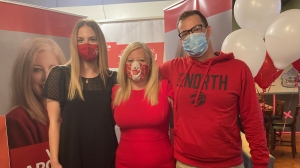 The CTV News Decision Desk has declared Liberal Viviane Lapointe the MP-Elect for the Sudbury riding. 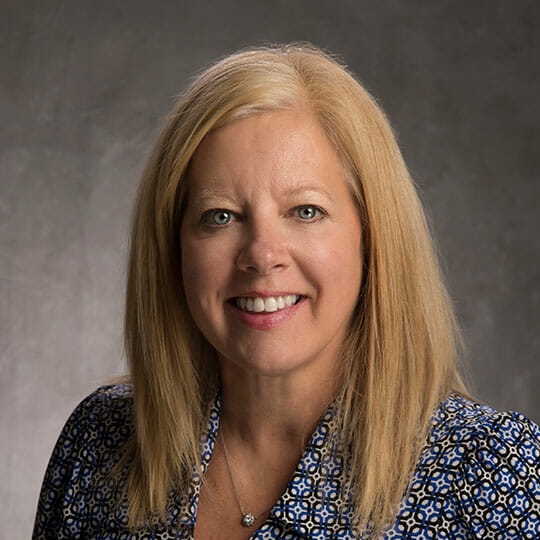 Viviane Lapointe (LIB) The most important issue for me, and one of the issues I hear the most about on the doorsteps of Sudburians, is managing the economic recovery, creating new good-paying jobs, and building our city back better. Before the pandemic hit, Sudbury recorded its lowest unemployment rate ever. We can get back there again and do even better. Our government has a plan to create more than 1 million new jobs and ensure they are good, well-paying jobs. The first and most obvious economic driver for Sudbury is a fully funded and independent FedNor. Our government has more than doubled FedNor’s budget since 2016, and with independence, it is now able to develop its own northern Ontario-specific and sector-specific programs designed specifically to create good-paying jobs for northerners in the north. While others have talked about making FedNor an effective economic development tool, the Liberals have delivered it. 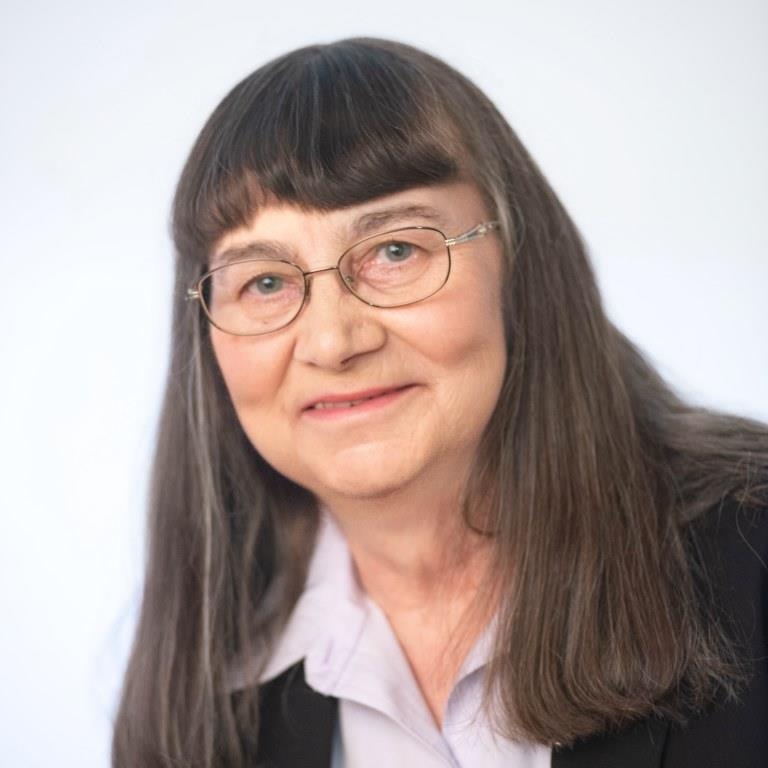 Collette Methé (PPC) There are quite a few issues which are important to address in our city but the one that concerns me is the opioid crisis. A community has a responsibility to take care of its citizens. The province and the Sudbury city council must act now because delays are hurting and killing people. There must be a system in place to deal with prevention, rehabilitation, and mental health for those suffering from addiction. The PPC proposes to impose at a federal level stricter penalties for drug dealers. This would reduce the circulation of drugs in the city. 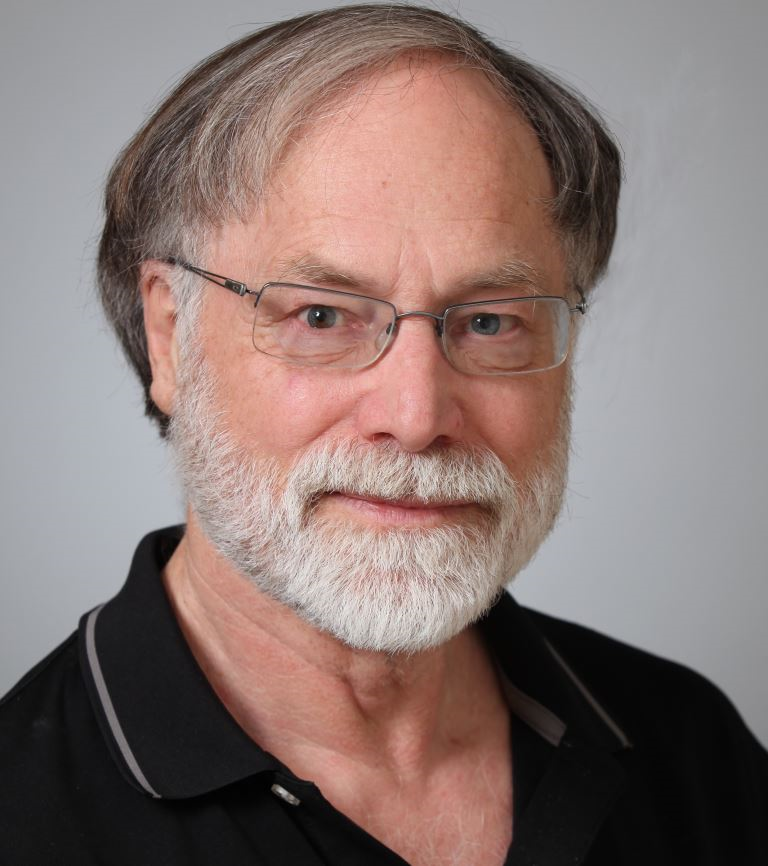 David Robinson (Green) Local issues are not getting much attention in this election. I think the real question is "What signal can the people of Sudbury give the next government of Canada?" History will say the most important local issue really was the climate issue. Voters can only say it really matters to them by voting Green. 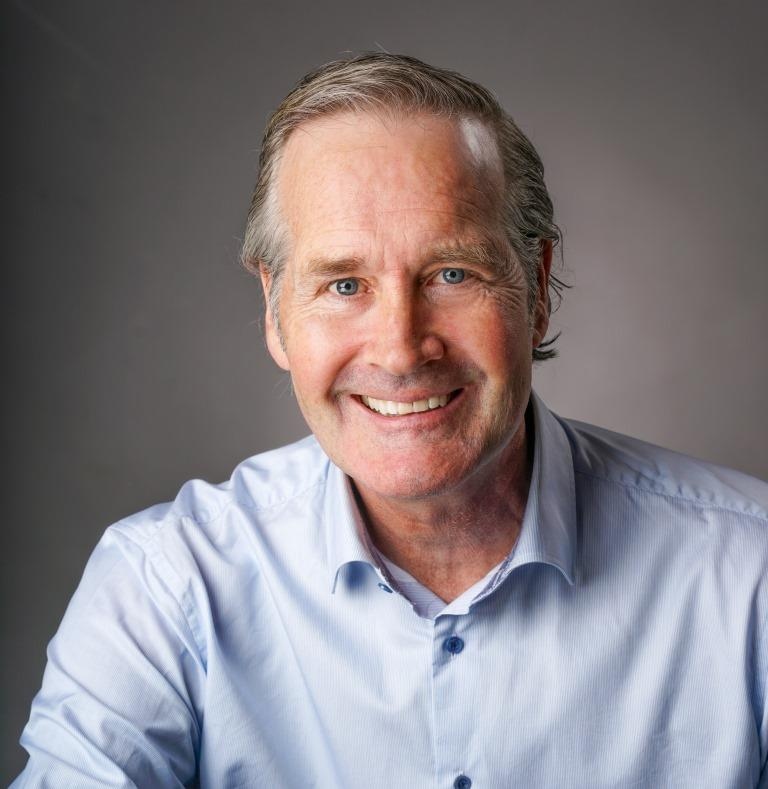 Ian Symington (CON) CTV News has not yet received a response. 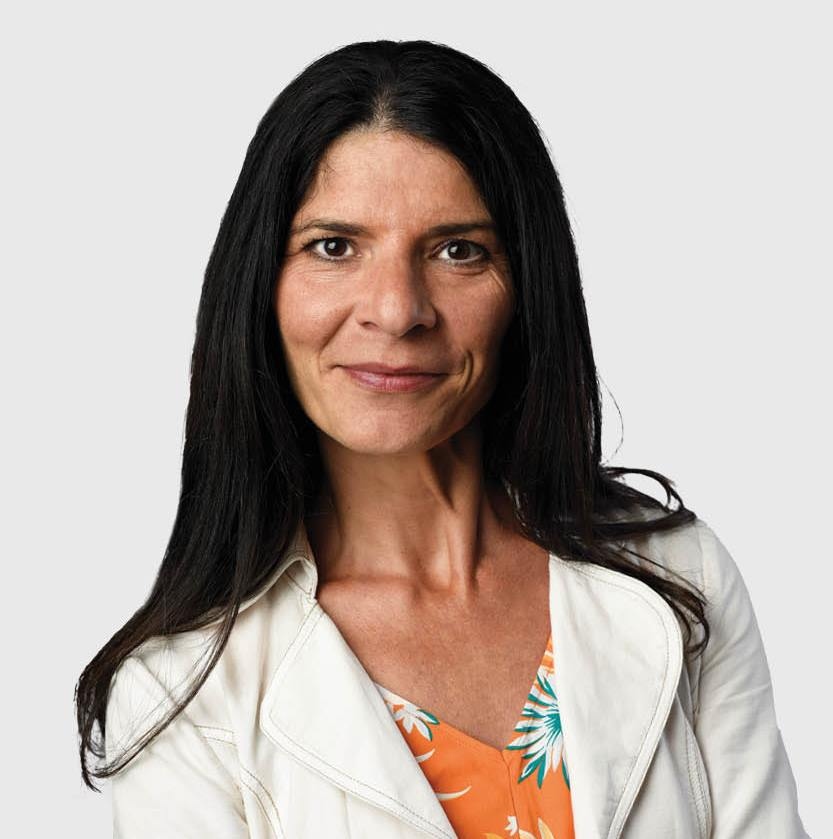 Nadia Verelli (NDP) CTV News has not yet received a response. 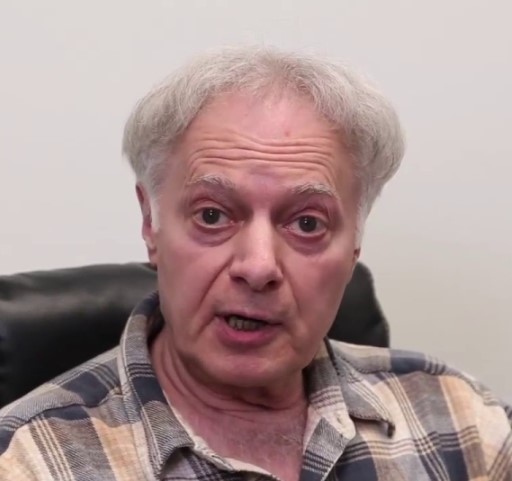 David Popescu (IND) The main issue is our sin against God: Christ's COVID curse is against all who deny his deity. Jesus said, 'If you love me, keep my commandments" --- disobedience is hatred --- this is God's definition: he also said it is hatred when you fail to rebuke your neighbour who is sinning (Lev. 19:17). God says, "keep my laws and you shall live ... none of these diseases shall come upon you." Sin breaks down our immune system, whereas godliness builds it up. The problem is our will. We are wicked and God is destroying us in three main ways: 1.) war (violence), 2.) famine (diseases), and 3.) catastrophic death. Study your Bible in order, don't miss a word, confess your sins directly to God and wait on him: maybe he will save you. If he doesn't, at least we'll have a healthier life on earth, and a lighter load of sin to suffer for in hell. God's Word indicates our Prime Minister has been promoting hatred and the way of death, in failing to warn us of God's judgment, and promoting sin that God calls abominable and deathworthy. Vote for someone who will teach about God.

Viviane Lapointe (LIB)  Climate change is the single greatest threat the world faces and is one of the top issues we face in Sudbury today. A re-elected Liberal government will:

Collette Methé (PPC) The most important thing to do is to stop climate change alarmism. Telling youth that the world will end in 10 or 12 years is a fear tactic that is detrimental to their mental health. Climate change alarmism is based on flawed models that have consistently failed at predicting the future. It is an undisputed fact that the climate has changed for the past 4.5 billion years and will continue to change regardless of human activity. Alarmism is created by a claim that planet earth is becoming too hot because of human emissions of carbon dioxide CO2. Carbon dioxide is the most important molecule for the existence of life on Earth. We exhale it and plants absorb it. Through this process of photosynthesis, these plants transform it into food, and they release oxygen. If we phase out all fossil fuel consumption on the assumption that they produce too much carbon dioxide, this will be the biggest threat to civilization in the world.

David Robinson (Green) I hate to be this blunt, but the climate issue is the only one that we will look back at and say "that really, really mattered." Our policies have been adopted. Even the conservatives have a half-baked version of our carbon tax. The trouble is our policies were pretty good when the other parties copied them, but they are not adequate now. Now, we want to cut 60 per cent of CO2 emissions by 2030. We want to kill the oil industry - not just cut the subsidies that Trudeau promised to cut for the last election. We want to end all the fossil fuel projects and pipelines. We want a hard press to eliminate natural gas heating and we want to close coal plants immediately. We want to accelerate the schedule for banning the sale of new internal combustion engines. We want free college programs in green jobs, and especially in building retrofits and we want to guaranteed graduates in these fields a job for one year after they graduate. We want electricity production expanded to completely replace fossil fuels. We want to stop encouraging Canadians to eat meat by stopping subsidies for animal agriculture.

Viviane Lapointe (LIB) Our plan focuses on investing in people, innovation, and communities to position Canada as a leader in clean growth. It invests in the things that Canadians need now and into the future, to lead out us out of COVID-19, and to build the foundation for strong growth in the future. It recognizes that COVID-19 has exposed major problems that require major solutions. And it invests in these priorities in a targeted way. The three biggest components of our plan will improve our health and raise our long-term economic growth:

We are asking those who have done well through COVID-19, like Canada’s largest and most profitable financial companies, to pay more. Given the unknowns and evolving natures of the pandemic, we have included a $15 billion provision for potential deviations over the next two and a half years. Canada’s debt-to-GDP ratio is now five percentage points lower than forecast in the April federal budget.

Collette Methé (PPC) The country was in a huge deficit before COVI-19. During the pandemic, it has soared to unimaginable levels that will greatly impact our children and grandchildren. We all must work together on balancing the deficit because when the economy of a country is unstable, everyone’s future is bleak. The past year’s debt has been entirely funded by printing money. That’s very alarming. Too many people don’t understand how economy works and think that taxpayers’ pockets are bottomless. The only way out of this fiscal mess is to work on balancing the deficit through fiscal prudence and spending cuts, the same way you would address your personal budget.

David Robinson (Green)  A Green government would spend what it has to to protect Canadians, just as our recent government spent what it had to protect Canadians from COVID-19. The world is moving into a period of continual environmental disasters. The good news for deficit hawks like us is that every previous fight has generated huge productivity increases and technological advances. We will be wealthier in the future if we put the resources into the climate fight now. Many of the actions needed are provincial and municipal. They are not part of the federal jurisdiction, which means that a federal government must use its fiscal power to bring the provinces along. It has to spend. We do take the budget seriously. Canada has been running down its natural assets for two centuries. Some of the wealth that has been produced through the destructive carbon economy of the last 40 years is going to have to be used to undo some of the damage. Oil executives and the people who own the oil and gas companies have had a free ride for a long time. Like it or not, they will have to cover some of the deficits we run up saving Canada's future. 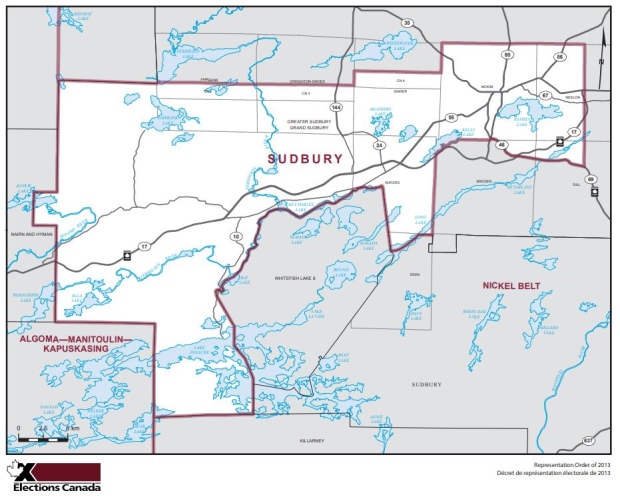 Here is what happened in the last federal election in 2019: 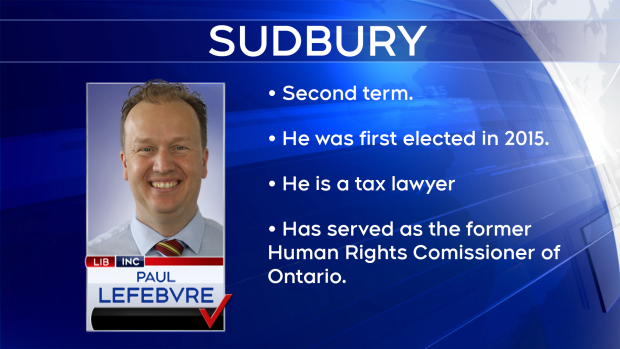 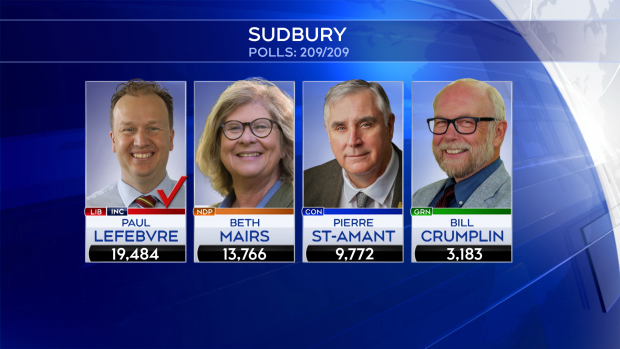 Sean Paterson of the People's Party of Canada received 949 votes.