The Riding of Timmins - James Bay

The CTV News Decision Desk has declared NDP incumbent Charlie Angus the MP-elect for the Timmins-James Bay riding with 35.1 per cent of the vote. This will be his seventh term. 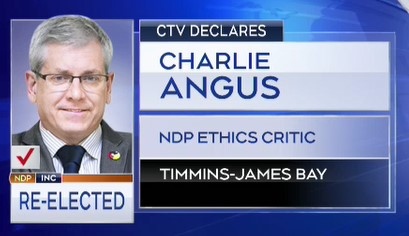 Charles Joseph "Charlie" Angus MP is a Canadian author, journalist, broadcaster, musician, and politician. A member of the New Democratic Party, Angus has been the federal Member of Parliament for the riding of Timmins—James Bay since winning the 2004 election. 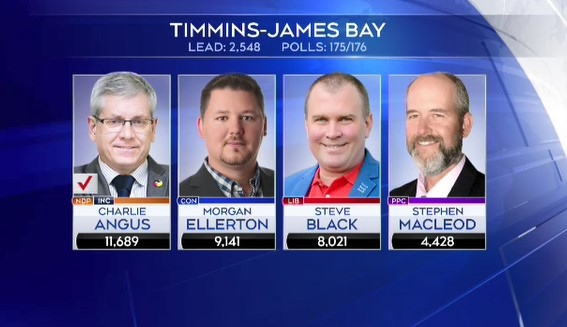 Voter turnout in the 2021 election for this riding was 52.8 per cent and doesn't included electors who registered on election day.

There are 176 polling stations in the riding.

CTV News will have reaction here as soon as possible. Stay tuned! 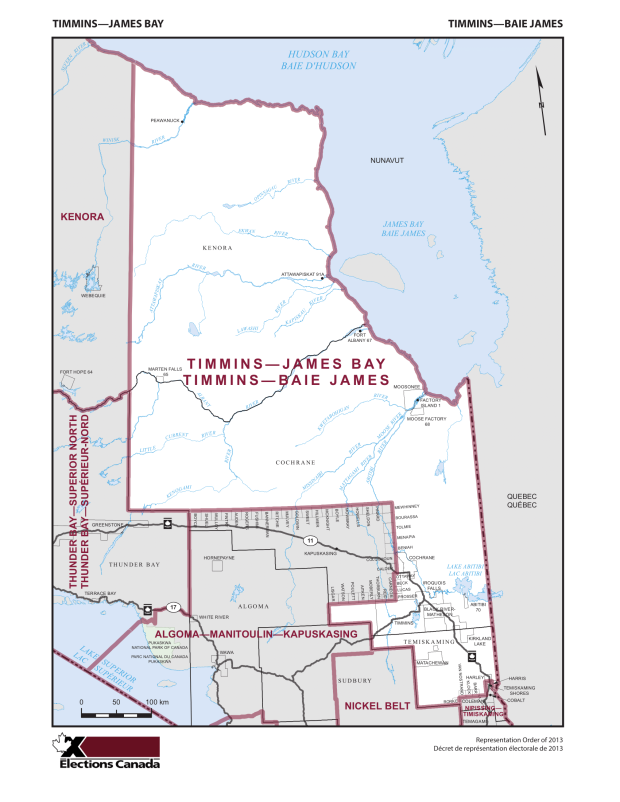 CTV News Northern Ontario reached out to all registered candidates with the same three questions. Responses will be posted as they are received. 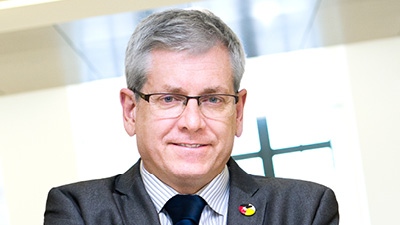 Charlie Angus (NDP) There are many issues that we can discuss during a federal election – the opioid crisis, the high levels of post-secondary student debt, the need for a credible plan to deal with the failure of the Liberal government to ensure clean water on reserves. But the issue that I hear most on the doorstep is why did Justin Trudeau call this unnecessary election. People are angry and frustrated that the Liberals put their own party interests ahead of the interests of Canadians. This reminds us that the single biggest issue facing every one of us is getting through the fourth wave of COVID-19. Canadians have a right to expect that Parliament will work together in this time of economic uncertainty. If Mr. Trudeau was serious about his election platform he could have introduced it as a throne speech and parliament would have worked on its implementation. Our party is committed to working on the economic and health measures needed to contain the fourth wave and restore our communities back to sustainability. I will remain focused on helping families and businesses in our region to get through this crisis – even in the midst of an unnecessary election. 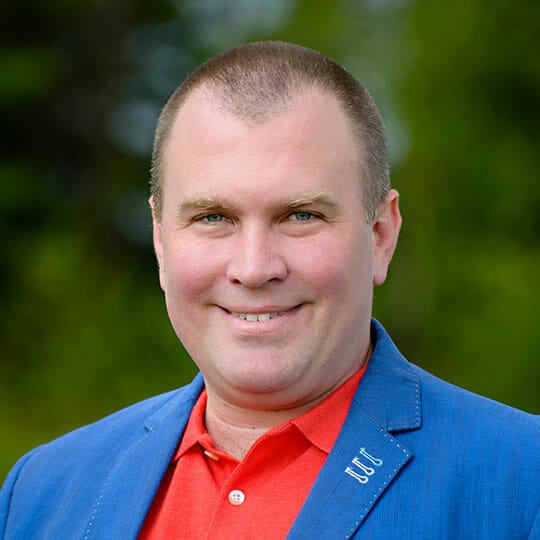 Steve Black (LIB) The most important issue in this election is doing what is best for the people of Timmins-James Bay. We need to make change and get away from opposition party protests to having a member that works with government to bring real change. Some of the key priorities are: 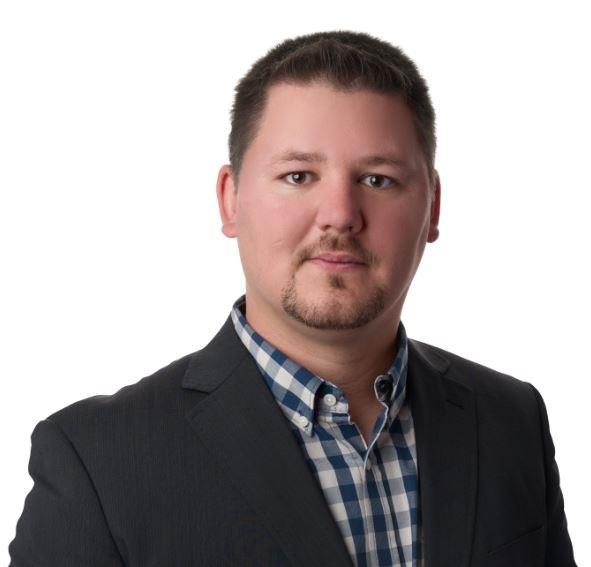 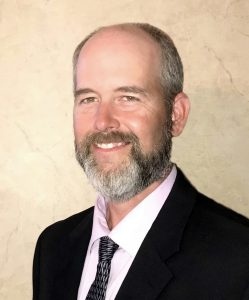 Stephen MacLeod (PPC) COVID-19 is the hot topic right now. Actually, that's not true. Job loss due to forced vaccination and forced vaccine passports are the hot topics. Let me ask you this: Why is the federal government tossing $1 billion across the provinces to implement a vaccine passport when it's supposedly only till the pandemic is over? Just where is that money coming from? Our country is billions of dollars in debt, yet somehow, Trudeau can find another billion to toss at something that is supposedly temporary? How about tossing it towards the small businesses that had to close due to lockdowns or the mental health programs to better address the major spike in depressions and suicides. What is happening is a major violation of our Constitution and our Charter of Rights and Freedoms and the PPC is the ONLY party that is standing up for your rights as Canadians and will repeal the unconstitutional mandates and the vaccine passport. We will support proper medical research and the development of therapies to treat COVID-19 and other viral diseases. We will give you back the freedom of choice for treatments and will end the segregation and discrimination that the current government has now created.

Charlie Angus (NDP) The planet is on fire. We are seeing unprecedented and frightening weather storms. The Trudeau government has failed to address the climate crisis. Year in, year out, Canada’s greenhouse gas emissions continue to rise. Last year, the Trudeau government gave $18 billion in subsidies to big oil. We need to end these subsidies because it shows seriously backward thinking. Around the world, the economy is moving towards renewables, electric vehicle batteries, and much more efficient use of energy. New Democrats will make a serious commitment to renewables. We will meet our target of dropping emissions by 50 per cent by 2030. We establish a climate emergency committee at cabinet. We will work with northern regions on climate crisis mitigation measures that will be needed. Investments will be made in a massive retrofit program. This is one of the most efficient ways to drop our emissions. This will provide strong economic stimulation and jobs while making life more sustainable. We will expand protections for waterways and establish a Canadian Environmental Bill of Rights.

Steve Black (LIB) Fighting Climate change is a top priority of our government and should be for all of Canada. We have seen the devastation of forest fires and flooding and other severe weather events that are made worse by the changing climate. We can not afford to go back to a government that denies the reality of climate change. We will build a net-zero electricity grid by 2035, ensure we drive down emissions from oil and gas to meet our shared goal of net-zero emissions by 2050, and continue to phase out coal by ending thermal coal exports by 2030. We will provide $5,000 toward zero-emission vehicle purchases for more than 500,000 Canadians, build 50,000 more zero-emission vehicle chargers, require half of all passenger vehicles sold in Canada to be zero-emission by 2030, and all by 2035, and move toward net-zero buildings across the country. We will create new, middle-class jobs for Canadians by making Canada a world leader in batteries to power the clean economy, helping industries adopt clean technologies to cut pollution, and supporting all workers to ensure no one is left behind. This provides huge potential to Timmins-James Bay and our resource economy that supports the battery industry.

Stephen MacLeod (PPC) Climate change is a highly debated subject but the undisputed fact is that the world's climate has always changed and will continue to do so long after we are gone. The policy debate on this subject is no longer grounded on science but has been hijacked by big governments to impose their views and to raise taxes to further their gains. None of the predictions that were made back in the 70s about the climate have come true. CO2 is beneficial for our agriculture, and despite what global warming propaganda claims, it's not a pollutant. The People's Party of Canada plans to withdraw from the Paris Agreement, stop sending billions to other countries to help them reduce emissions, completely abolish the carbon tax and the subsidies that are paid out for green tech. Instead, we want to invest in strategies if problems arise as a result of any natural climate change and use that money we are now saving to get rid of our deficit.

Charlie Angus (NDP) The pandemic has caused the biggest medical and economic crisis in a century. It would have been a catastrophe if the federal government stood on the sidelines when millions couldn’t pay their rent and small businesses were facing a complete disruption in their businesses. The New Democrats pushed for investments into the economy to get people through this time. We have record-low interest rates and this spending kept millions from losing their savings, their home, or their business. We need to continue investing to restore economic sustainability after the pandemic has ended. The best way to address the deficit is to ensure a strong and vital economy.

Steve Black (LIB) The Liberal party remains focused on the people of Canada. Imagine the impacts on our people and economy if the government would have prioritized balancing the budget over helping support Canadians over the last two years. Imagine the number of people who would have lost homes or struggled to put food on the table if the government would not have stepped up and offered support for people who were unable to work through the pandemic and lockdowns. Imagine the businesses that would have been forced to close if we did not provide the wage subsidies, rent assistance, and business loans. Some candidates believe balancing the budget is the most critical topic to discuss. I believe having a government that puts the focus on taking care of people and their health is most important. When it comes to post-pandemic life and changing focus to reducing deficits, the key is to have a strong economy and create jobs. The best way to reduce deficit spending is to grow the economy by making investments when and where they are needed most. It’s about making work fairer so that no one working full-time in Canada earns a wage that isn’t livable.

Stephen MacLeod (PPC) Canada's public finances are in a disastrous state. The Liberals have exploited the COVID-19 crisis and created costly new programs and increased the overall debt exponentially, and to top it off, the Conservatives, NDP, Green, and Bloc Québécois all supported it, and none of them have any real commitment to reducing it. Every one of them is trying to buy your votes by spending more money here and there but where is that money coming from? In 2020-2021 the Liberals recorded a $354 billion deficit and our net debt surpassed $1 trillion for the first time. How is this being paid? By higher prices on all our goods and services. The People's Party of Canada plans to phase out all COVID-19 spending programs and reverse new programs. We aim to get rid of the deficit by the end of a first mandate through fiscal prudence and spending cuts because debts and deficits are nothing more than deferred taxes on our children and grandchildren, and I, for one, do not want to leave my offspring in a deep hole of debt.


Here's what happened in the last election in 2019: 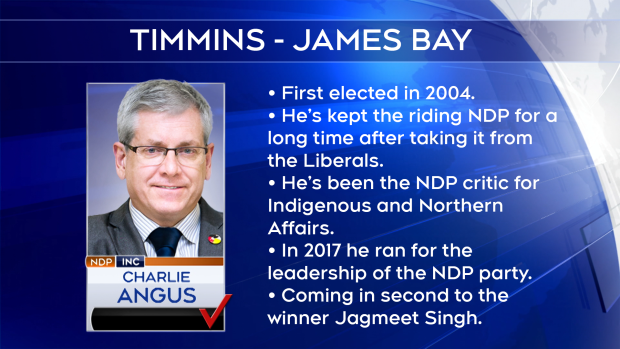 With one poll still outstanding, Charlie Angus has 39.8% of the vote. Voter turnout 57%: 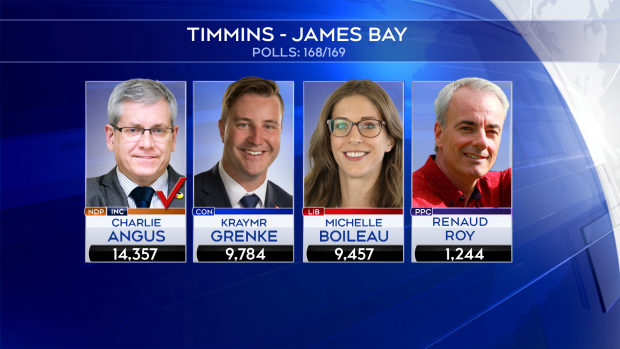 Max Kennedy of the Green Party of Canada received 1,226 votes. 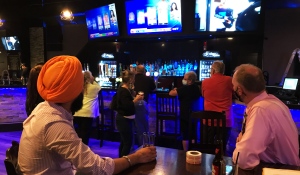 Incumbent Charlie Angus has been declared the winner of the Timmins-James Bay riding by the CTV News desk.