The Riding of Algoma - Manitoulin - Kapuskasing

The CTV News Election Desk has declared NDP incumbent Carol Hughes the MP-elect for the riding of Algoma-Manitoulin-Kapuskasing. This will be Hughes' fifth term after first being elected in 2008. 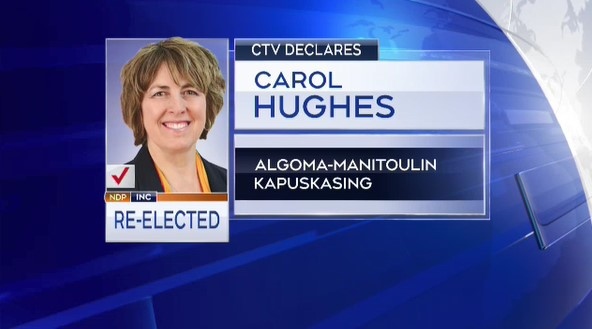 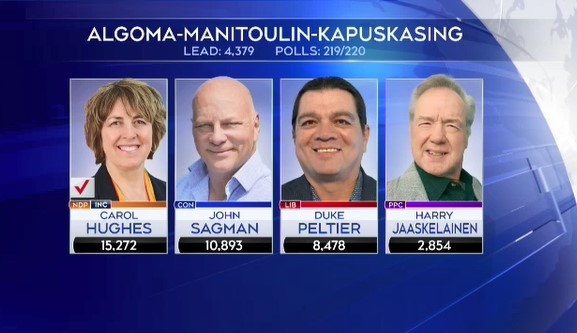 Voter turnout in the 2021 election for this riding was 57.9 per cent and doesn't included electors who registered on election day.

There are 212 polling stations in the riding. 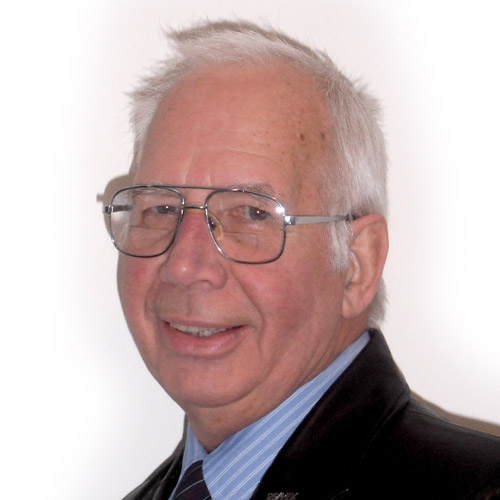 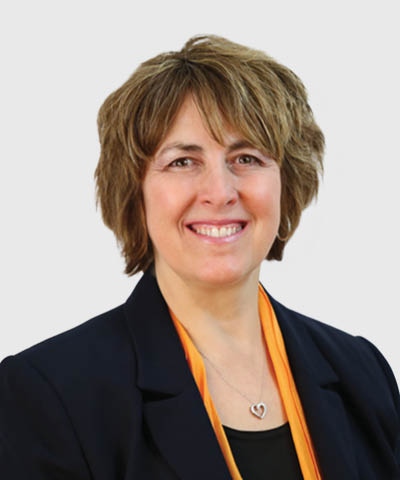 Carol Hughes (NDP) My immediate priorities are to make sure the people and businesses have the help they need as we work through the pandemic. I will be focused on small family businesses that fell between the cracks of the CERB and the wage subsidy. Their viability is an immediate concern. Another huge issue is the delivery and affordability of high-speed internet. We leaned on this technology through the pandemic, but households struggled with service and unfair data caps. The NDP will declare high-speed internet an essential service and make sure every Canadian has access to affordable, reliable high-speed broadband within four years. We’ll also make sure providers offer a basic plan for wireless and broadband that is comparable with the affordable plans that are available in other countries and require companies to offer unlimited wireless data options at affordable rates. 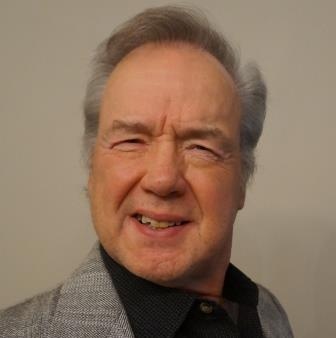 Harry Jaaskelainen (PPC)  The most important issue locally is medical tyranny under non-science-based COVID-19 restrictions such as masking, imposing "vaccine" passports for ineffective experimental inoculations, the silencing of medical professionals, and loss of personal freedoms. The People's Party of Canada will continue to fight for the charter freedoms that all Canadians should enjoy at all times. 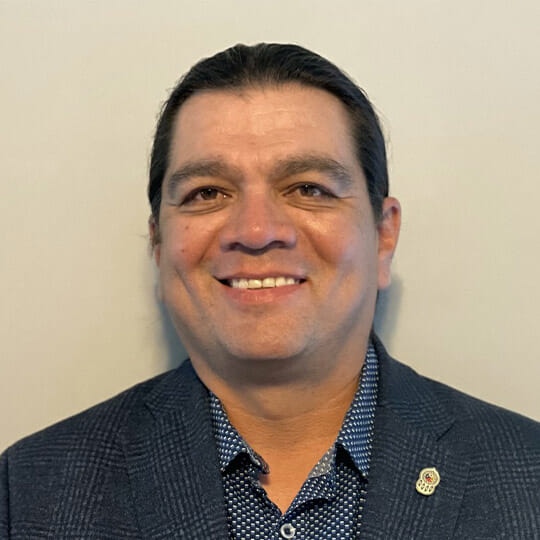 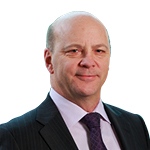 John Sagman (CON) The most pressing issue is the lack of Federal government support regarding infrastructure. Many residents indicate they are disappointed that this resource-rich riding has generated billions in federal tax revenues only to watch the NDP/Liberal coalition wasteful spending take place with massive donations overseas. Those funds should be spent in our riding. The lack of housing, high-speed internet, highway and railway infrastructure, and power/natural gas/propane infrastructure is sadly lacking. There needs to be far more funding to support these initiatives. In addition, the federal government has not supported infrastructure improvements to the mills in Hearst or Kapuskasing nor generated economic activity in Smooth Rock Falls. I will push for infrastructure improvements that support the First Nations, francophone culture and language as well as our resource industries. We need to attract people to the communities since many areas struggle with sourcing personnel. The childcare program will "put money into the parents' pockets" which will allow for more women to enter the workforce. Federal support for environmental initiatives will improve the riding's performance and decrease operating expenditures. The voters must decide, based on the last 7 years, who will implement firm programs that are tracked and reported back to the constituents. 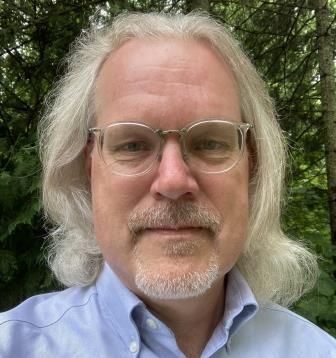 Carol Hughes (NDP)  Climate change is an existential crisis. The latest report from the Intergovernmental Panel on Climate Change made it abundantly clear that the time for action is passing us by. Sadly, since signing the Kyoto Accord in the late 1990s, Canada has never reduced our greenhouse gas emissions from one year to the next. New Democrats believe we can use this opportunity to transition to green energy jobs that are spread across the country and less susceptible to the boom/bust cycle of fossil fuels. We also believe the federal government can become a trailblazer in energy efficiency, clean technologies, and renewable energy use. We will ensure that federal buildings use renewable energy and will move the vehicle fleets of the federal government to electric by 2025, choosing made-in-Canada wherever possible. We will protect Canadian businesses who are taking action to transition to a low-carbon future with a border carbon adjustment that will level the playing field on imports from areas without a carbon price. And we will appoint a Climate Emergency Committee of Cabinet and establish a strong Climate Emergency Secretariat in the PMO to ensure a whole-of-government approach to responding to the climate emergency.

Harry Jaaskelainen (PPC)  Man-caused climate change is a myth based on biased research driven by the United Nations Intergovernmental Panel on Climate Change and all actions to mitigate it need to be nullified immediately. The People's Party of Canada will withdraw from the Paris Climate Accord that punishes our oil and gas industry.

John Sagman (CON) Climate Change is very important. Again, it is disappointing that there is a complete lack of support from the coalition to pursue environmental initiatives. The Conservatives will pursue the utilization of liquified natural gas, hydrogen, and electric power vehicles. Currently, there are 50-tonne haulage trucks operating on battery power in the mines. We need the same type of success with our logging industry and farming, as well as incentives for our vehicles. In addition, the Conservatives are investing in carbon capture systems such as the units located in Saskatchewan. It is not acceptable that this riding has struggled to receive federal support for various environmental initiatives.

Carol Hughes (NDP)  New Democrats are concerned about the mounting deficit and have a plan to ensure the wealthiest among us, contribute to our country at an appropriate rate. Right now, that isn’t happening. Web giants operate tax-free while competing with domestic businesses who play by all the rules and, while everyday Canadians have no choice but to pay their fair share, the wealthiest can hide their fortunes in offshore tax-havens. New Democrats will introduce a temporary COVID-19 excess profit tax on large corporate windfall profits made during the pandemic and will go after large corporations that took publicly funded COVID-19 wage subsidies and then paid out executive bonuses, executed stock buy-backs, or paid shareholder dividends. We will increase the capital gains inclusion rate to 75 per cent, boost the top marginal tax rate two points, and put in place a luxury goods tax on things like yachts and private jets. We will roll corporate tax cuts back to their 2010 levels while maintaining the small business tax rate at its current level. We will go after fortunes hidden in tax havens. And we will force the super-rich multi-millionaires to pay more towards our shared services with a 1 per cent wealth tax.

Harry Jaaskelainen (PPC) Deficit spending at the expense of future generations is reckless, foolhardy financial management by a totally inept government and needs to cease immediately and trajectory reversed through halting all foreign development funding and wasteful domestic spending including streamlining government.

John Sagman (CON) The Liberal/NDP coalition is pleased with their first budget in two years. The problem is that budget is not balanced until 2070. The coalition has indicated "they will take on debt so Canadians don't have to." That makes no sense. This was created by wasteful spending and the bizarre attempt to secure a UN Security Seat. It is NOT due to COVID-19. To combat this, the coalition is printing $3-Billion per week of money, which is driving up inflation. Inflation is a major detrimental impact on our pension savings. It is a major impact on our low-income residents and our old-age pensioners. The coalition will continue this wasteful spending. The Conservative Party's approach is to stop wasteful spending now, provide financial assistance to our small businesses, and proceed with a major infrastructure program in our riding that attracts more business and more families to our communities. We will NOT tax the sale of a resident's primary house nor the sale of a farm to an immediate family member. We must generate sustainable economic activity with environmental due diligence. It's time for a change. We must secure our future.

Here is what happened last election in 2019: 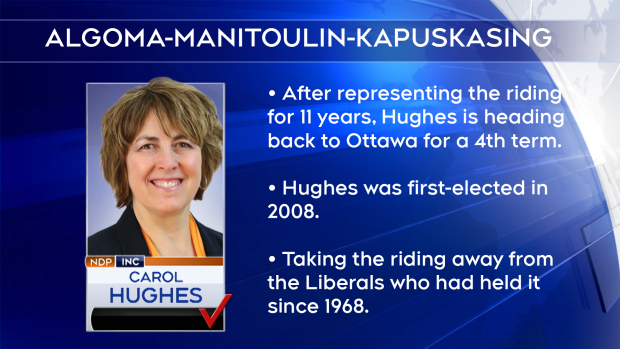 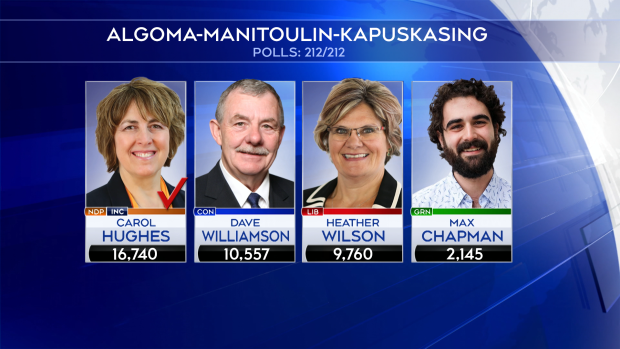 Dave Delisle of the People's Party of Canada recieved 883 votes

Carol R. Hughes MP, from the Greater Sudbury community of Val Caron, has represented the federal riding of Algoma-Manitoulin-Kapuskasing in the House of Commons in Canada since 2008. 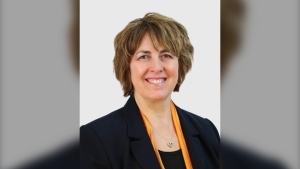 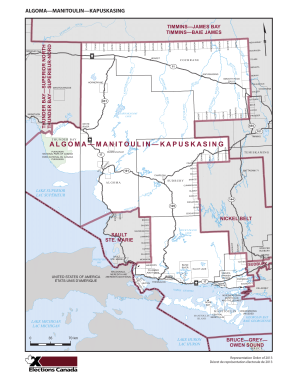