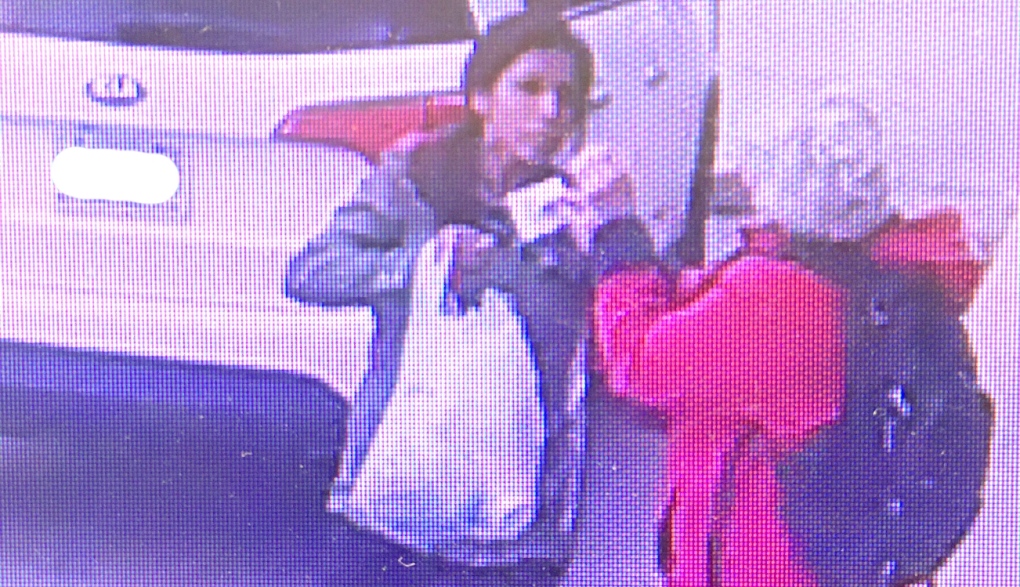 The victim was walking by the grocery store, heading towards the main entrance, when the suspect came up from behind her and pulled on her backpack, causing her to spin around. (Supplied)

SUDBURY -- Timmins police say a local woman has been arrested and charged in connection with an unprovoked attack at a grocery store earlier this month.

The assault happened around 6:30 p.m. on Sept. 4 when a 61-year-old woman was approached from behind and punched in the face by a stranger on her way into a Timmins grocery store, police said in a news release.

"The suspect then punched the victim in the face, causing her to cut her bottom lip and to have a nose bleed," police said. "The victim indicates that she does not know the suspect."

After the assault, the suspect fled on foot, but the incident was caught on the store's surveillance video.

The victim was treated by paramedics at the scene.

As a result of an investigation, a 36-year-old local woman, who was known to police, was located Tuesday evening and charged with assault causing bodily harm and failing to comply with a probation order. She is being held in custody pending a bail hearing Wednesday morning.