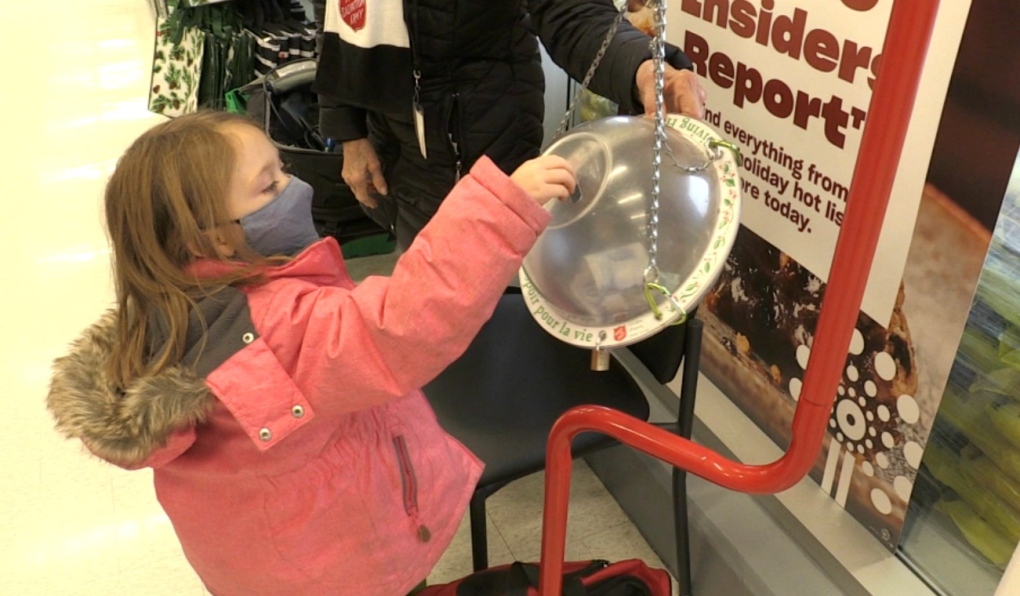 The Salvation Army of North Bay’s Christmas Kettle Campaign is underway. In its 130th year, the fundraiser will look a bit different this year. (Eric Taschner/CTV News)

NORTH BAY -- The Salvation Army of North Bay’s Christmas Kettle Campaign is underway. In its 130th year, the fundraiser will look a bit different this year.

"Our goal is $250,000 between the kettles and the mail-out,” said Major Bonita McGory of the Salvation Army North Bay. “We haven't changed it."

The money from this year's campaign will serve up to 700 families in the North Bay area with Christmas hampers. The national Salvation Army has seen a 19 per cent increase in people who need the support.

"We are seeing upwards of 50 families a week at our food bank and that number is climbing. Last year we gave 650 Christmas hampers," said McGory.

"It's an honour to put that first donation in,” said Rota. “I encourage everyone to donate. It's Christmas."

Meanwhile, McDonald said he's always been a huge supporter of the campaign.

“I've always said this, our citizens are the most generous people in the planet," McDonald said.

This year's campaign will look quite different. A $5 tap machine will be attached to the kettle after Dec. 1.

McGory said the tap machines are secure and that no information from the donor will be kept on the machine. The donation information will be sent to a secure machine off site. The Salvation Army is also encouraging people to donate online.

"We send school lunches that are non-perishable and we're up to 400 so far this year and that need is going up," said McGory.

With a national $23 million fundraising goal, the Christmas Kettle Campaign enables The Salvation Army to provide help to thousands of families and individuals who have met with hard times.

There are 2,000 kettle locations across the country.