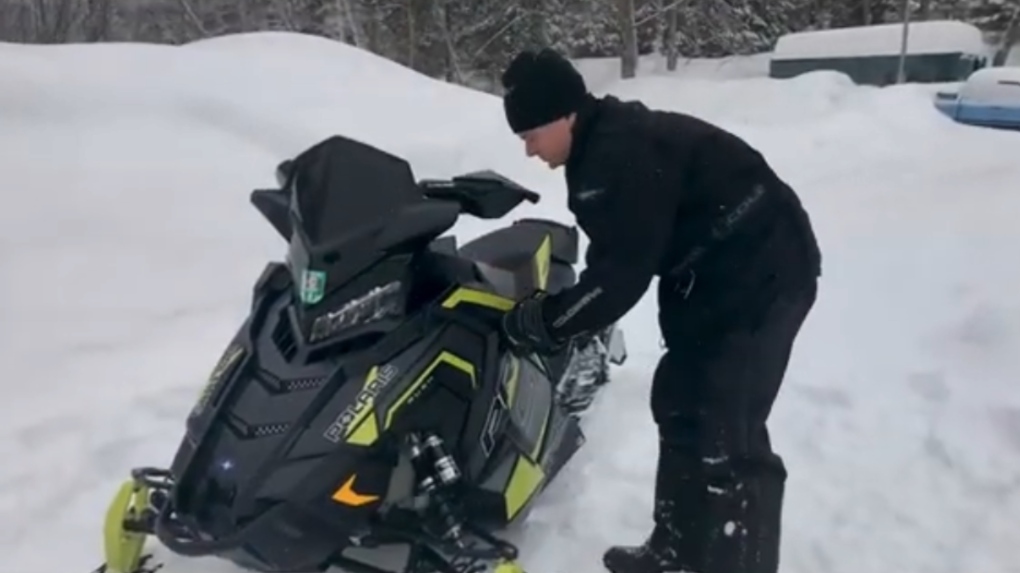 During the 2016-17 season, MTO statistics found 26 drivers and two passengers were killed in snowmobile collisions, and almost 300 people including: drivers, passengers, and pedestrians were injured. (Supplied by Workplace Safety North)

NORTH BAY -- Workplace Safety North (WSN) is reminding snowmobilers to be mindful while on or near forest roads.

Logging workers are still working during the holidays in northeastern Ontario.

WSN is offering a free one hour safety webinar for snowmobile enthusiasts and it covers all the basics of snowmobile safety and what they should look out for.

“As you’re going out on the trails, in particular this year, make sure you’re well prepared,” said WSN President and CEO Paul Andre.

“One of the key things in the webinar we talked about is communication. A lot of the trails and access roads do not have good cell coverage.”

In March 2017, an Ontario snowmobiler died after colliding with a logging truck on a bush road.

The OPP reported that the deceased was travelling northbound along the road with a group, when they encountered a southbound logging truck at a curve.

The first snowmobiler navigated the curve safely.  The second one crossed in front of the truck. The truck driver tried to avoid the collision, but they crashed. The snowmobiler was transported to hospital where he was pronounced dead.

OPP are asking both logging trucks and snowmobilers to watch out for each other and be mindful of the rules of the road.

“People are taking risks,” said OPP Const. Shona Camirand, highlighting the reasons snowmobilers can get into an accident.

“Impaired driving is a factor and speed is also a factor. It’s like our big four with motor vehicles, it’s the same as snowmobiling.”

Camirand is asking snowmobilers to drive to the weather conditions, obey the speed limit and make sure they are wearing their helmet properly.

The instructor-led webinar covers tips for driving safely on forestry roads including the gear, a circle check to make sure your ride is ready to go, safe driving practices, and more.

“It covers everything from the legal requirements and the conditions of the forest roads at this time of the year,” said Andre.

“Certainly winter time is the busiest time of the year for forest operations and harvesting operations on forest roads.”

During the 2016-17 season, MTO statistics found 26 drivers and two passengers were killed in snowmobile collisions, and almost 300 people including: drivers, passengers, and pedestrians were injured.

A link to the webinar can be found here.