Timmins police standoff over and a man is now in custody

There were some very tense moments in a Timmins neighbourhood during the last 24 hours.

A standoff between police and a man barricaded in a Timmins apartment has ended and the man has been taken into custody.

The incident that began Sunday evening and ended around 6:15 p.m. Monday, saw a major road closed throughout the ordeal.

"This person remained relatively dormant, if not absolutely silent for upwards of 24 hours prior to the entry made by the officers. So, there’s an element of significant desperateness attached to that type of behaviour, but nonetheless, the person was taken into custody without incident by the officers who made the entry." said Marc Depatie, of Timmins Police Service.

Stephanie Doruin Lebrecque was one of the residents that were evacuated during the standoff.

"It’s honestly scary to be out of our own house and we can’t even go outside or anything without wondering what’s going to happen. And there’s a swat team and the opp. It’s scary to have that in your own neighbourhood,” said Doruin Lebrecque.

The resitdents from the area that were evacuated are now being allowed to return to their homes.

Police officials say the investigation is still in its preliminary stages, but they expect the suspect is linked to an attempted murder that took place Sunday morning on Way Avenue in the city.

"There’s a strong indication that he was involved in this incident. Here again, we depend on the evidence to bear that out,” said Depatie.

Timmins police officials say emergency response teams have cleared the scene and the matter is now before the courts.

CTV Northern Ontario will continue to follow the story and provide more details as they become available. 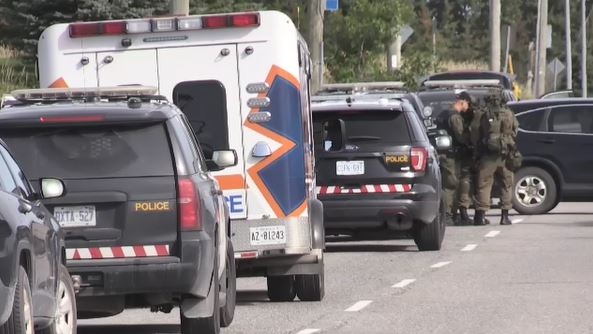 (Timmins police are in a standoff with a man barricaded inside an apartment on Shirley Street North. (Lydia Chubak/CTV Northern Ontario))

A section of a main road in Timmins remains closed to traffic Monday as police have surrounded an apartment at a local cooperative housing complex.

It began Sunday evening as Timmins Police Service shut down Shirley Street North to deal with an emergency situation which continues Monday.

The Timmins police emergency response team, along with Ontario Provincial Police, and paramedics continue to negotiate with a local man who’s barricaded himself in an apartment on Shirley Street North.

Officials with Timmins police say the man is a person of interest and he may be linked to another investigation, an attempted murder that happened Sunday morning on Way Avenue.

Crews got the call to Shirley Street late Sunday afternoon and say they have not had any success in communicating with the man inside.

"We’re going on the presumption that the person is contained within the residence, and they’re current status is yet to be determined. That is something that will eventually be determined by the Timmins Police Service. We’re not able to confirm or deny whether or not he’s in fact armed at this time, but we are at the ready, should the situation become more fluid,” said Marc Depatie, of Timmins Police Service.

Some people living in the vicinity have been evacuated, but police say schools nearby are in session.

CTV News will have more on this as details become available. 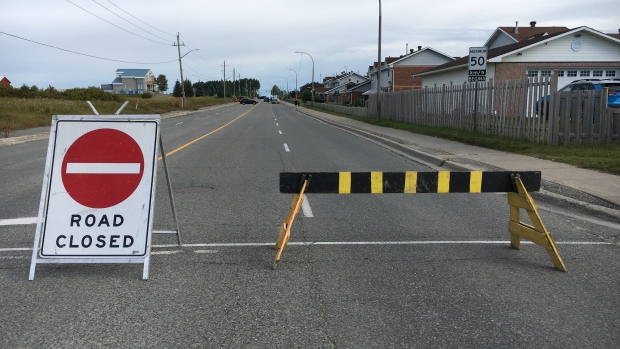 For a second time on Sunday, Timmins police officers closed another road in the city, which remains closed as of Monday morning.

They say this closure is in the interest of public safety.

A section of Shirley Street North, between Lafleur Drive and the entrance of the French public high school, has been closed to local traffic and vehicles and pedestrians are not being allowed to enter the area until further notice.

The investigation is centering on a residence on Shirley Street.

Northbound traffic is being redirected in order to allow access to nearby schools.

Both schools in the vicinity, École publique Renaissance and École publique Lionel-Gauthier, have posted on Facebook stating that they are open Monday and are expecting students.  They also state that the events occurring on Shirley Street do not compromise the safety of students or staff members.

Barricades have been put into place to allow for the emergency response team to perform their containment duties.

Police say continued cooperation from the public and affected residents is appreciated.