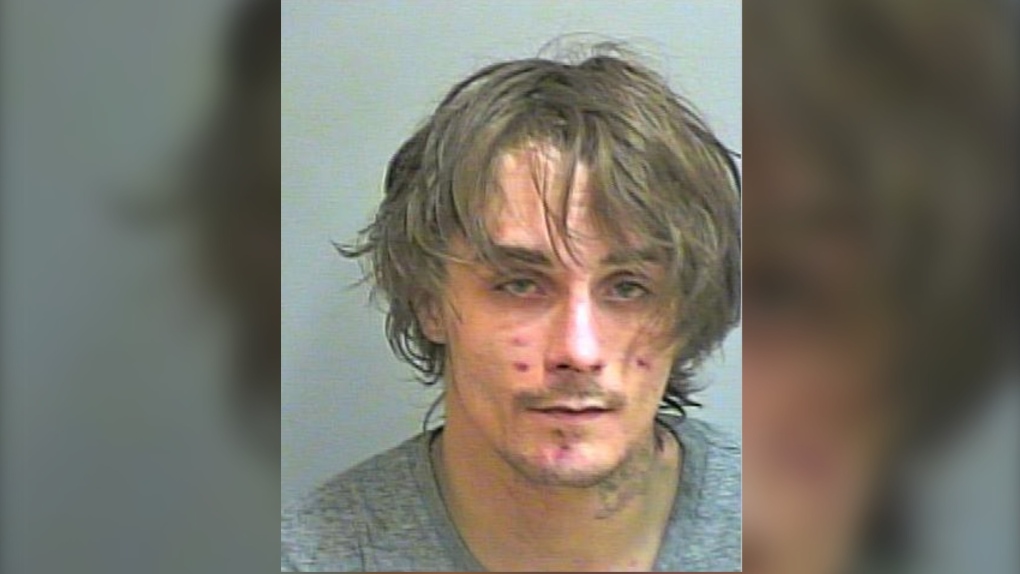 SUDBURY -- Following a robbery at a Sudbury motel on Sunday, police are looking for a suspect after finding a weapons cache along with more than $56,000 in illicit drugs.

It happened at a motel on Regent Street just before midnight on Jan. 24.

"Information provided was that the caller had attended the motel with another man and when they entered one of the rooms, the man hit him with a gun and then stole his cellphone, as well as, a few thousand dollars in cash," Greater Sudbury Police Service said in a news release Friday morning.

When officers arrived, they saw two people leave the motel room and both were taken into custody along with a third person who was still inside the unit. Police said the three people were not responsible for the attack, but an investigation into their involvement is ongoing.

Now, police are looking for 24-year-old Jayson Wright, who is wanted on an outstanding arrest warrant for several charges, including assault with a weapon, robbery using a firearm, having a weapon for a dangerous purpose, drug trafficking and having property obtained by crime worth over $5,000.

Police describe him as:

"Due to Jayson’s violent behaviour, please do not approach him and contact police immediately if you have information on his whereabouts," police said.

The room was searched the following day after officers learned there were several firearms and other illegal weapons inside.

As a result, officers seized:

During the search for the weapons, officers located a substantial amount of illicit drugs, so they applied for a second search warrant.