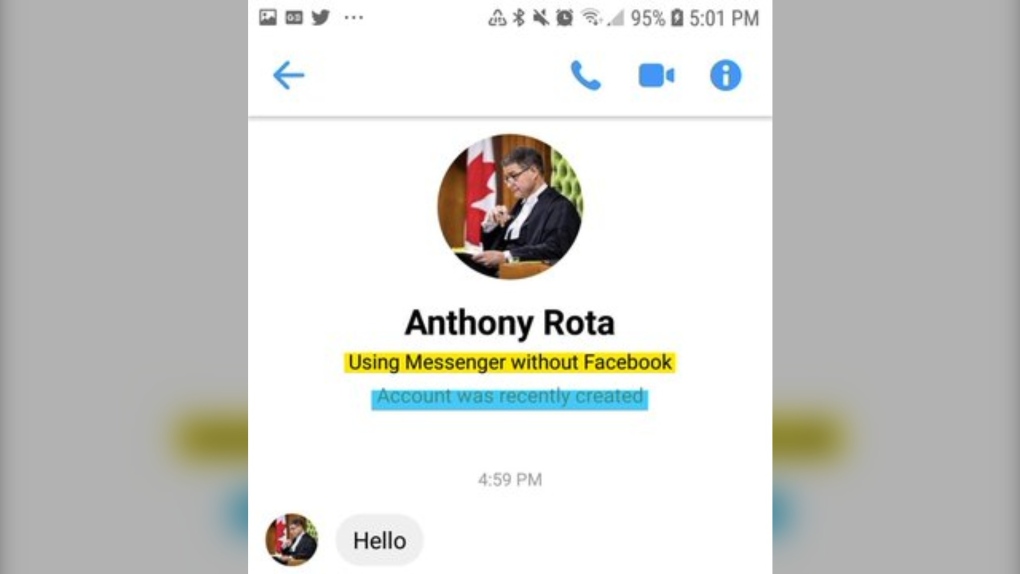 Nipissing-Timiskaming Liberal MP Anthony Rota is warning the public about a recent social media scam, after he was impersonated online.

“Our office does not initiate conversations with constituents or any Facebook users via Facebook Messenger,” Rota Tweeted on Monday.

He shared tips to help determine if an account is authentic and is urging people that come across fake accounts to report them immediately.

Picture above are two profiles. The top one is the authentic one, as you can see the blue icon with the check mark that confirms it is verified. The bottom picture is the fake, where you see "Using Messenger without Facebook," which means it is not connected to his profile. The other indicator that the second one is a fake is the "Account was recently created."

Rota’s spokesperson, Carla Ammerata, says after hearing that constituents were receiving messages from a fake Facebook account pretending to be the MP, the platform’s and the House of Commons’ security were notified.

She says the scammers are likely phishing for personal information.

“This sounds more like people trying to gain personal ID, there’s nothing to suggest it was for political gain. The scam goes through and it leads to investment opportunities, banking ID, and personal ID.” said Ammerata. 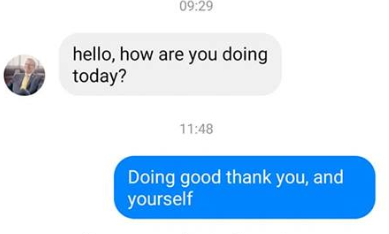 (An example of a message from a Fake Vic Fedeli account.)

“We have contacted Facebook and the account has since been taken down. Mr. Fedeli has been a victim quite often to these scams.” said Thomas.

Ammerata is urging social media users to be careful when they receive messages, the information they share.