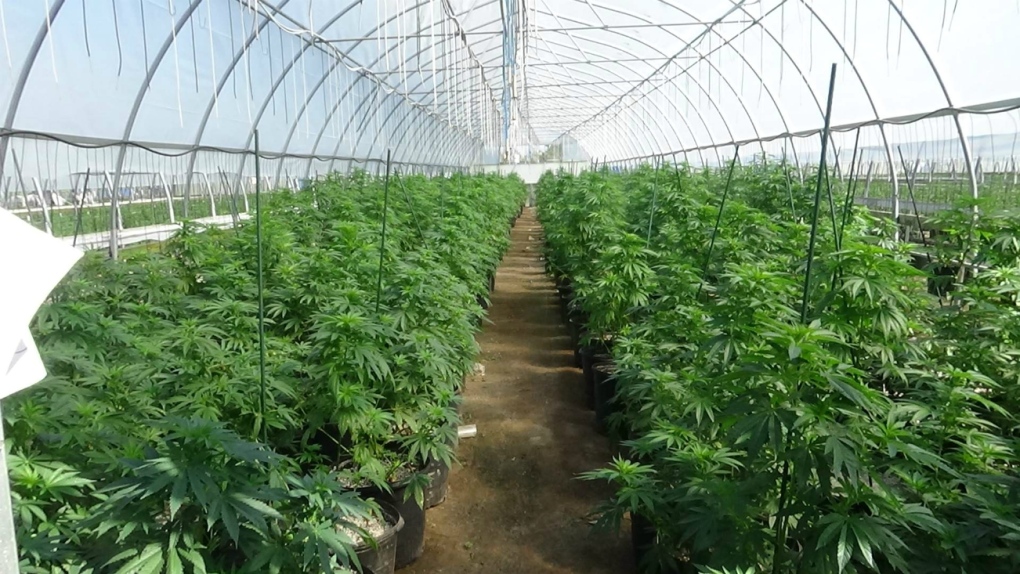 A year-long investigation by several police and security agencies, led by the Ontario Provincial Police, has dismantled a major illegal cannabis operation and led to the seizure of $42 million in illegal drugs and the arrest of eight people from the Toronto and Niagara areas. (Supplied)

SUDBURY -- While cannabis is now legal in Canada, there is still a large and sophisticated illegal market operating in the country. This month, the Ontario Provincial Police and other police partners completed a year-long investigation with several arrests and the seizure of $42 million in illegal product.

"Several residents of the Niagara Region and Greater Toronto Area are facing numerous charges under the Cannabis Act, Controlled Drugs and Substances Act and Criminal Code of Canada," the OPP said Friday in a news release.

Some of the illegal cannabis was sold in Canada, while the rest was sold south of the border. Those involved in the operation, which was uncovered by the Niagara Regional Police Service, diverted pot grown for medicinal purposes and sold it illegally. The investigation was dubbed 'Project Woolwich.'

"The targets identified in this investigation were involved in the production, wholesale distribution and sale of illegal cannabis," police said. "The Health Canada medical cannabis regime is used for legitimate medical purposes by law abiding citizens. In this investigation, the criminal enterprise exploited the Health Canada registrations to produce or designate someone to produce cannabis for medical purposes by using the regime for criminal purposes and monetary gains."

The accused were also responsible for large-volume shipments of illegal cannabis from British Columbia to Ontario.

"While the accused are not members of known organized crime groups, they are certainly a criminal enterprise with a large-scale, sophisticated operation," police said.

A total of eight people now face numerous charges, including distribution, production and sale of cannabis under the Cannabis Act, as well as charges under the Controlled Drugs and Substances Act and the Criminal Code of Canada.

The seized items include:

• Grow equipment worth more than $1 million;

• More than $2.5 million in Canadian currency;

"The success of this operation is the result of strong law enforcement partnerships and a commitment to secure our shared border from criminal exploitation," said Kevin Kelly, Special Agent in Charge of Homeland Security Investigations in Buffalo, NY. "HSI Buffalo is proud to work with our Canadian partners in combatting transnational criminal networks that threaten our international region."

The only way to purchase legal cannabis in Ontario is through the online Ontario Cannabis Store or in-person at an Alcohol and Gaming Commission of Ontario-authorized private retailer, police said.

"Purchasing legal cannabis is the only way to ensure the cannabis has met the health and safety standards set out by the Government of Canada and Ontario," the release said. "Illegal cannabis often does not match what is being advertised, recent testing of illegal cannabis products indicated lower than advertised THC levels and the use of banned pesticides."

The purchase of cannabis from anywhere other than the online OCS or an authorized private retailer could lead to a fine of up to $100,000 and/or imprisonment for up to one year.