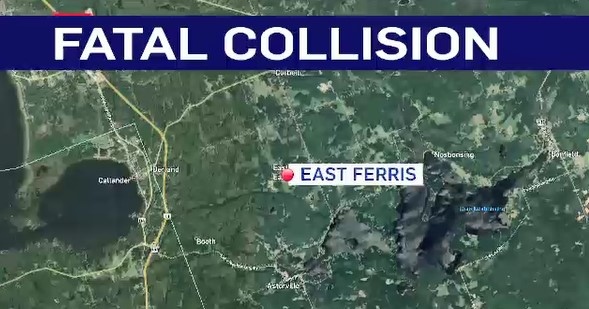 SUDBURY – The investigation continues by the Ontario Provincial Police after a 74-year-old man was killed in a two-vehicle collision late afternoon on October 20 in East Ferris Township near North Bay.

Police say the man was pronounced dead at the scene of the mishap.

The man's identity has not been released.

Four people were sent to the hospital with non-life threatening injuries.

The highway was closed for five hours.