Ontario forest fires down to only two 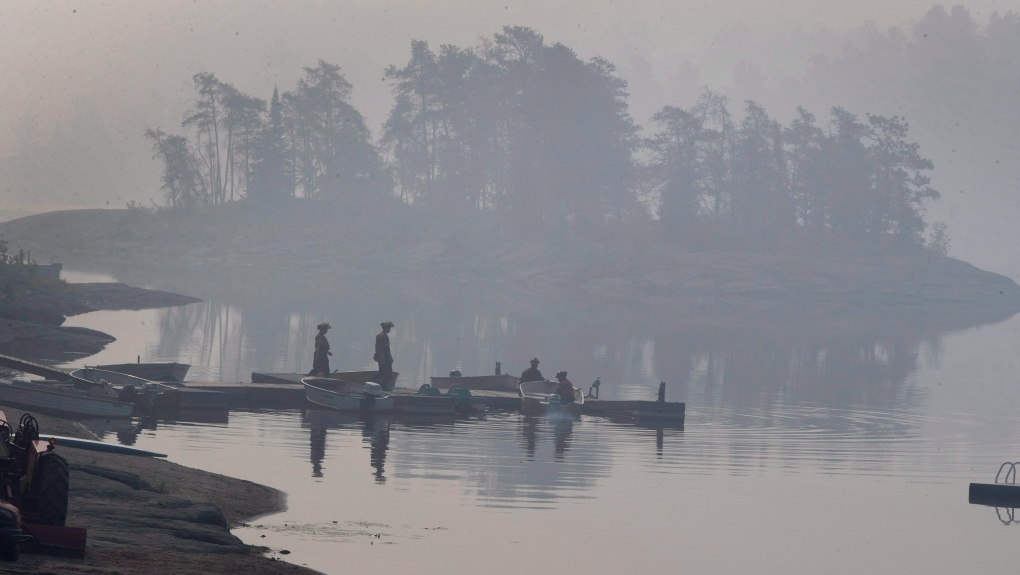 Smoke blankets the area as Ministry of Natural Resources firefighters work a boat at Flat Rapids Camp and Resort on the French River near Killarney, Ont., on Tuesday, July 31, 2018. THE CANADIAN PRESS/Fred Thornhill

No change in the fire situation reported.  Next update will be on October 29th.

As of Thursday afternoon, the Ontario Ministry of Natural Resources says only two active forest fires remain across the northeast.

Both of those fires are under control.

With the amount of rain we have had, the fire hazard is low.

Parry Sound 33 remains under control at 11,362 hectares.  Although the fire perimeter is still restricted, and is expected to remain so for quite a while, waterway and road restrictions have been lifted since August 15th.  Fire suppression efforts continue on the ground to address remaining hot spots.

The MNRF will provide the next update on October 9th.