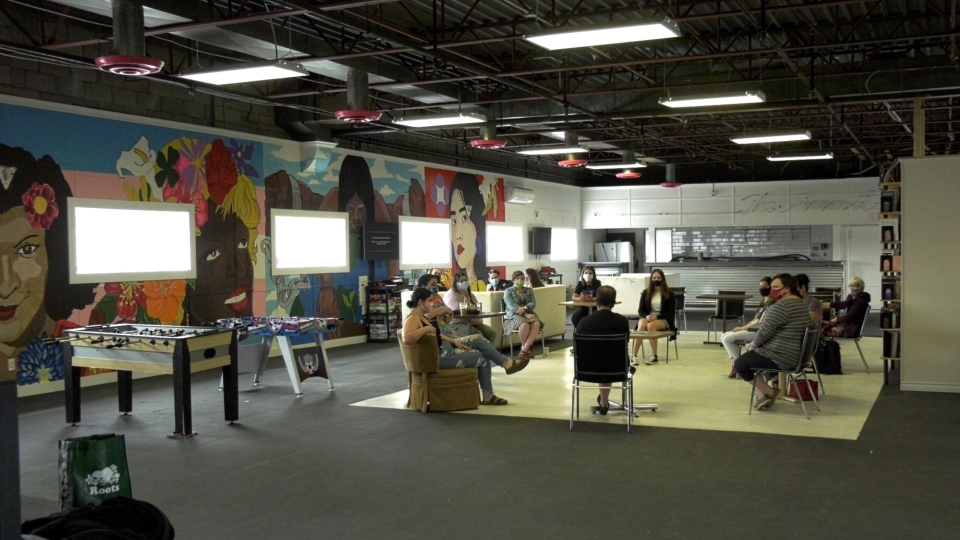 The North Bay Police service said Wednesday they have charged a 44-year-old man in connection with the break-in at Outloud North Bay on July 20. (File)
Sudbury -

The North Bay Police service said Wednesday they have charged a 44-year-old man in connection with the break-in at Outloud North Bay on July 20.

Security cameras at the Delaware Street location picked up two suspects, the group said in a post on their Facebook page.

"They were here for well over two hours rummaging through our things," the post said.

"Fridges, clothing, gaming consoles, musical instruments, skateboards, helmets, etc. They actually brought up a dolly and left it here. So their intentions were a lot more than what they left with."

Outloud North Bay is a group that supports LGBTQA+ individuals and the mental health and well-being of youth in the city.

The suspect in the break-in has been charged with break and enter and breaching probation.

He was arrested on July 26 and remains in custody pending a bailing hearing July 29.

In a news release, police said the investigation continues in an effort to locate the stolen property.

"This investigation was aided through the use of video surveillance equipment," the release said.

"Police would like to take this opportunity to remind property owners of the importance of maintaining and updating video surveillance equipment. Quality images help to identify suspects, can aid in arrests and have a tremendous impact during court proceedings."

A gunman opened fired inside a busy shopping mall in the Danish capital on Sunday, killing several people and wounding several others, police said.

'Be prepared for delays at any point': Canada not flying alone in worldwide travel chaos

As Canadian airports deal with their own set of problems amid the busy summer travel season, by no means are they alone.

A large chunk of Alpine glacier broke loose Sunday afternoon and roared down a mountainside in Italy, sending ice, snow and rock slamming into hikers on a popular trail on the peak and killing at least six and injuring eight, authorities said.

First base coach Mark Budzinski is taking a leave of absence from the Toronto Blue Jays following the death of his daughter.

A Toronto woman says a dog she rescued from the Dominican Republic has been traumatized after being left in a corner of Toronto Pearson International Airport with baggage for about 21 hours.

'There should have been one': N.S. mother drives son to ER after waiting nearly an hour for ambulance

A Nova Scotia mother says she had to drive her son to hospital herself on Canada Day when no ambulance showed up after more than 40 minutes.

A new study has offered what it says is the first physical evidence showing dinosaurs from the Triassic period regularly endured freezing conditions, allowing them to survive and eventually supersede other species on the planet.

A Vancouver Transit Police service dog has a special connection to the Calgary Police Service.

'Ungrading': How one Ontario teacher is changing her approach to report cards

An Ontario high school teacher plans to continue with an alternative method of grading her students after an experiment last semester in which students proposed a grade and had to justify it with examples of their work.