Dog owner in northern Ont. seriously injured after attack by their own dog

Dog owner in northern Ont. seriously injured after attack by their own dog 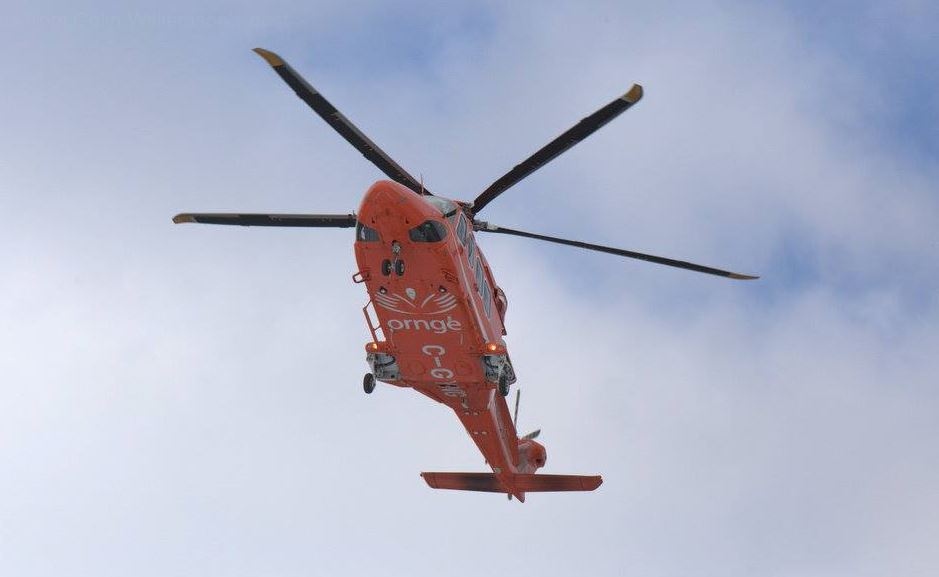 The owner of a mixed breed dog in French River had to be airlifted by ORNGE air ambulance July 14 after they were attacked by their own dog. (File)

The owner of a mixed breed dog in French River had to be airlifted by ORNGE air ambulance July 14 after they were attacked by their own dog.

And an elderly neighbour who tried to intervene died from an unrelated medical issue, police said.

"As the dog was attacking the owner, an elderly neighbour went to assist and due to medical conditions, passed away," Const. Rob Lewis said in an email, who added the death was "not related to the dog attacking the neighbour."

Nipissing West Ontario Provincial Police were called at 12:20 p.m. about an animal complaint on St. David Street in Noelville.

"The investigation revealed the owner of a mixed breed dog had been attacked and was airlifted by ORNGE to the local hospital with serious non-life threatening injuries," police said in a news release Monday.

"French River bylaw seized the dog, as the investigation is still ongoing with the assistance of the Nipissing West crime unit of the OPP."

The dog is believed to be part pit bull, Lewis said.

OPS and Ottawa Bylaw officers issued 192 parking tickets and 67 Provincial Offences Notices in downtown Ottawa this weekend, as hundreds of people marked the one-year anniversary of the 'Freedom Convoy'.

Actor Annie Wersching, best known for playing FBI agent Renee Walker in the series '24' and providing the voice for Tess in the video game 'The Last of Us' has died. She was 45.

A Russian teenager must wear an ankle bracelet while she is under house arrest after she was charged over social media posts that authorities say discredit the Russian army and justify terrorism.

Friends and volunteers gathered Sunday at Kyiv's St Sophia's Cathedral to say goodbye to Andrew Bagshaw, who was killed in Ukraine while trying to evacuate people from a front-line town. This comes as Russian forces heavily shelled the city of Kherson, killing three people and wounding six others, the regional administration said.