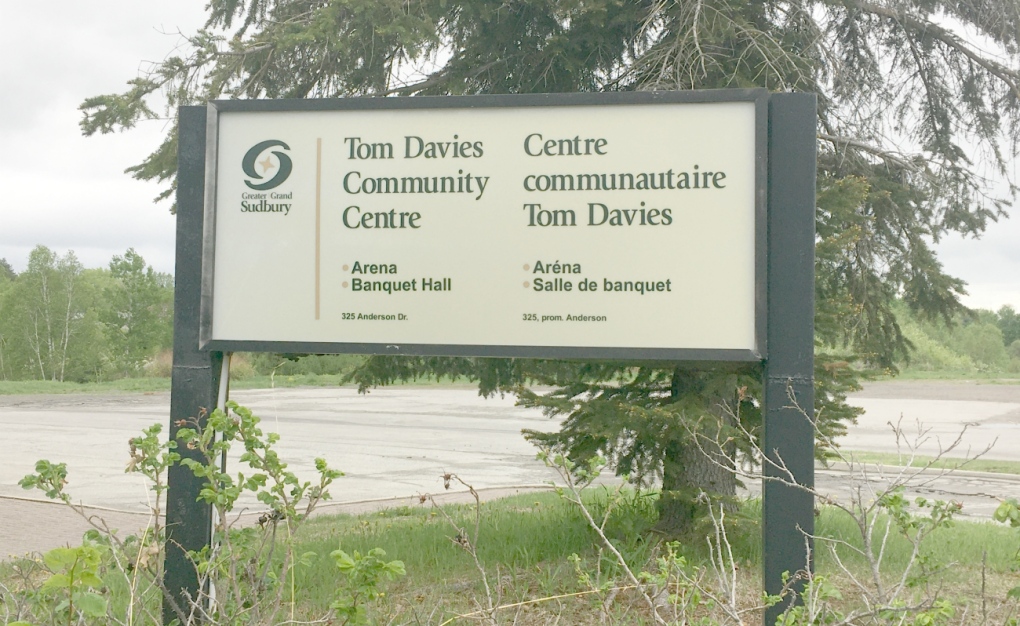 No date has been set yet, but once group gatherings are allowed again the community will have the chance to come together to celebrate their loss. (Alana Pickrell/CTV News)

SUDBURY -- The COVID-19 pandemic has forced a lot of things to change, including the way funerals are conducted across the province.

Due to provincial restrictions, funerals are allowed a maximum of 10 guests, limiting the amount of people who can mourn the loss of their loved ones in a group setting.

Sudbury Ward 2 Coun. Michael Vagnini said plans are underway for a community celebration of life once the pandemic subsides, giving the city a chance to grieve as group for everyone who lost someone during this difficult time.

"I think the biggest part about this is that people will recognize they were not alone through this whole evil virus," said Vagnini. "There were other people who were suffering just as much."

Details of the service are still up in the air. The city has donated the Tom Davies arena for the event, however, if more than 2,000 people are interested in attending, Vagnini says Sudbury Arena might be considered.

"The minute that we're allowed to be gathered together on a social basis, we will be able to bring it all together," said Vagnini.

The idea is a community effort with many organizations and businesses on board to help out.

"I reached out to Bishop Bob Bourgon and said we would like him to do the opening remarks for these families... it wasn't three seconds he says 'I'll be there no matter when you do it,'" said Vagnini.

The Cornerstone Church is doing all the staging and will have a live band at the event. The Lougheed Foundation is also contributing by donating food and helping to tell people's stories who aren't comfortable speaking in front of a large crowd.

"We had a wonderful mother and in our family, as in many families, food is the currency of caring and we always share food," said Gerry Lougheed Jr. "We share food in happy times, sad times, (with) neighbours, friends, relatives. So the Lougheed Foundation, my brother Geoffrey and I, decided, as partners with Michael, that we would help provide to food for the reception following the service."

The celebration of life will be open to everyone in the community free of charge. Vagnini says The Lougheed Foundation and Carlos Transport Creighton are taking care of the costs.

Vagnini said a Jumbotron will being set up at the event where pictures of those who passed away will be shown on the screen for four minutes so that memories and words can be shared with the room.