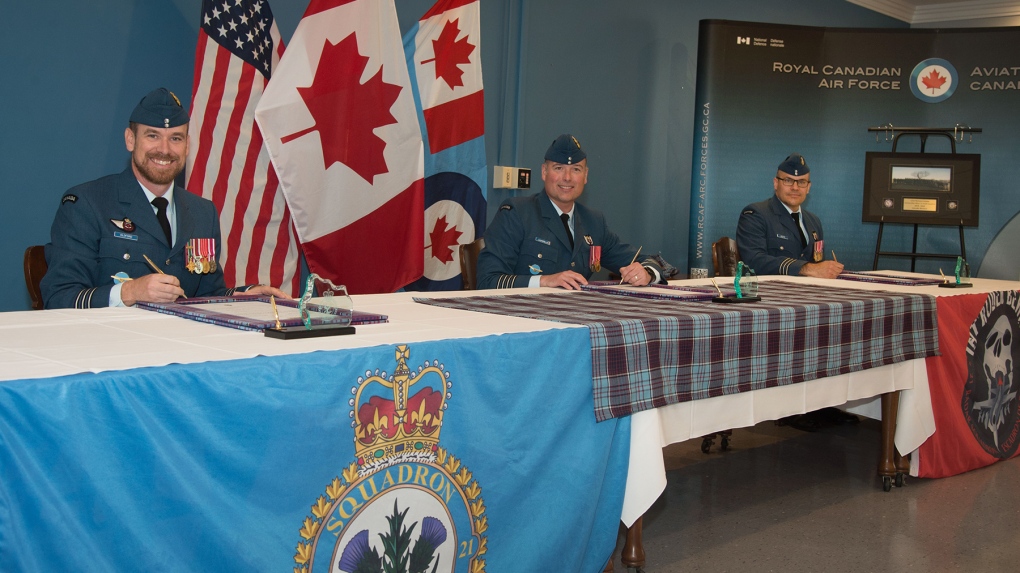 NORTH BAY -- There's a new commanding officer of the Aerospace Control and Warning Squadron at the 22 Wing - Canadian Forces Base North Bay.

"The Royal Canadian Air Force is proud of your service, and Canada owes you a debt of gratitude.

Members of the squadron, 22 Wing and local dignitaries were able to watch through teleconference call.

"I am excited to welcome Lieutenant-Colonel Oldford back to 22 Wing and I’m confident he will continue the tradition of excellence at 21 Sqn," said Lachapelle.

Oldford says he is looking forward to assuming the role.

"I am aware of both the challenge and importance of our mission," said Oldford.

"I am looking forward to working with each and every one of you over the next few years."

Meanwhile, Jolette says taking command of the squadron has been the highlight of his career.

"I will miss being part of the truly warm and welcoming community of North Bay," said Jolette.

"I wish Joe the very best as he leads the dedicated and talented members of the best squadron in the RCAF."

The 21 Aerospace Control and Warning Squadron’s Mission is to provide surveillance, identification, warning and control of Canadian aerospace, through the use of our national sensor network and airborne assets.

As part of the NORAD team, the squadron performs air sovereignty and counter air missions and is at the ready to defend against all air threats in the defence of Canada and North America.