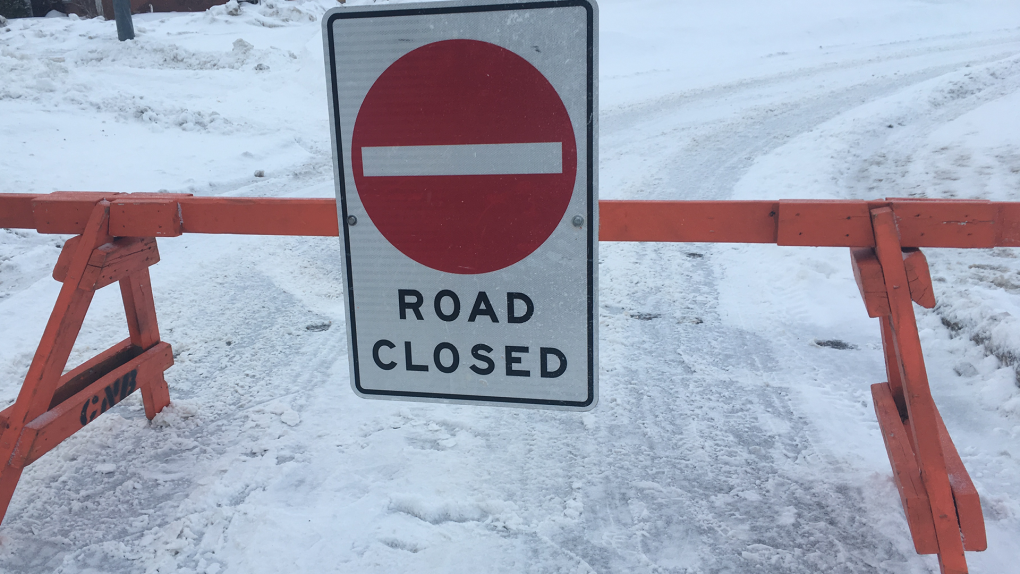 The 511 Ontario Twitter page has sent out multiple tweets throughout the evening Sunday alerting drivers to closed highways due to bad weather.

These highway closures come on top of several weather alerts that have been issued across the northeast region on Sunday.

Much of the northeast is getting blasted with more wintery weather Monday prompting Environment Canada to issue snow squall warnings from St. Joseph Island to Montreal River Harbour.

The snow squalls are expected to slowly weaken by Monday night.

"There is potential for local snowfall amounts of 15 cm or more per 12 hours in the strongest snow squalls, along with sudden near-zero visibility in bursts of heavy snow and blowing snow," Environment Canada's weather alert said on Monday morning.

The total snowfall could reach up to 30 centimetres in some areas by the end of the storm.

"Very strong northwesterly winds will also whip up freshly fallen snow and cause sudden near zero-visibility from blowing snow in exposed areas at times," the alert said.

It is recommended that motorists postpone non-essential travel until road conditions improve, as closures are possible.

Snowfall warnings in the Timmins area

About 15 centimetres of snow is expected to accumulate in the Timmins area with this most recent storm by Monday afternoon.

"In addition, strong and gusty northwesterly winds may cause occasional low visibility from blowing snow in exposed areas this morning," Environment Canada said. "The snow will taper off to scattered flurries this afternoon."

Many areas currently have a winter weather travel advisory in effect:

Officials with Environment Canada are warning of 5-10 cm of snow expected by Monday morning with even more possible in some areas.

Fort Severn is in a special weather statement with "near-zero visibilities" possible through Monday afternoon due to snow squalls.

Sault Ste. Marie – St. Joseph Island is also in a snow squall warning. Officials say that 15 cm of snow or more in a 12 hour period is possible. This warning was issued around 4:30 p.m. on Sunday.

There is also a wind warning in place for Sault Ste. Marie – St. Joseph Island. Officials say that northwest wind gusts near 100 km/h are expected.

Lastly, Timmins – Cochrane – Iroquois Falls has been in a snowfall warning since 4 p.m. on Sunday with 15 cm expected by Monday afternoon.

Highway 64 in Sturgeon Falls is down to one lane ater a hydro pole fire, the Ministry of Transportation said in a tweet Monday morning.

Mounties on Vancouver Island have publicly identified the two gunmen killed during a shootout with police at a bank in Saanich on Tuesday.

Minecraft YouTuber Technoblade has died at the age of 23 following a year-long battle with cancer, his family announced Friday.

A prominent housing advocacy group fears Quebec could see an increase in households left without a permanent place to live as leases expire across the province on July 1.