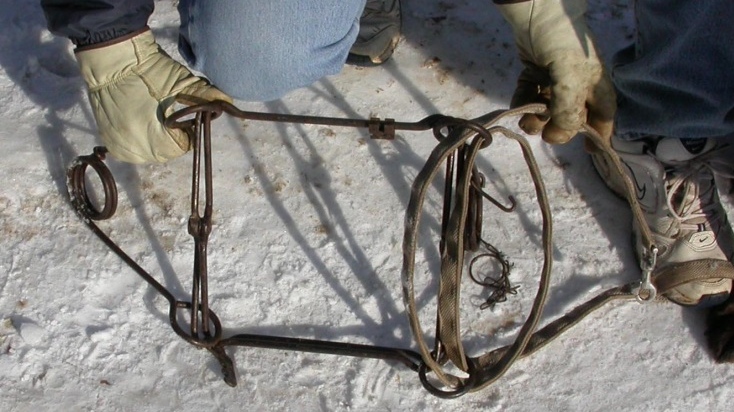 Your dog's leash can be used to release them from a body-gripping Conibear trap ( Nova Scotia Dept. of Natural Resources)

SUDBURY -- It is a devastating way to lose a pet and can be an unintended consequence of trapping.

Police say they responded to a complaint of a dog being caught in a trap around 4:30 p.m. on Jan. 3.

It happened near the Rose Point Trail in Seguin Township.

Provincial Constable Joe Scali says the body-gripping trap, also known as a Conibear trap, that killed the black lab was compliant as per the Fish and Wildlife Conservation Act and located along a marked trap line on private property.

After consulting with Ministry of Natural Resources and Forestry officials, police say no charges have been laid.

The trapper has voluntarily removed all of the ground traps set up adjacent to the trail following the incident.

Under the law, it is illegal for Ontario dog owners to allow their dogs run off-leash in areas normally occupied by game wildlife.

Licensed trappers are allowed to trap wildlife, including 23 species of furbearing mammals, on Crown land, land regulated by MNRF, and private land in Ontario. Farmers in the province can set traps on their own land without a licence.