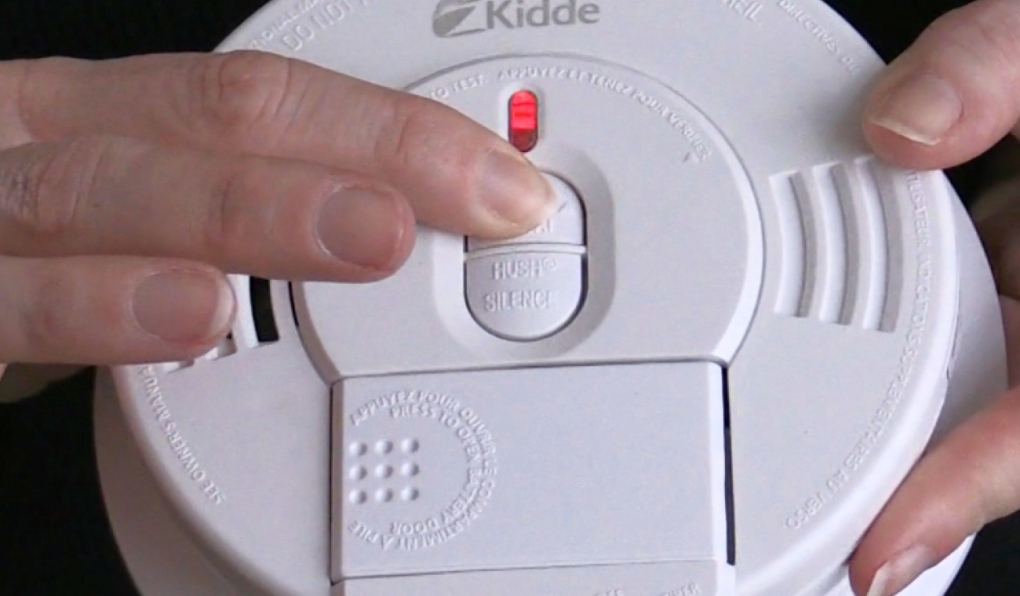 Fire prevention officers in Timmins say they're noticing a disturbing trend in Timmins with people tampering with their smoke detectors (File image).

TIMMINS -- Timmins fire prevention officers say since January, crews have had to put out seven preventable fires in the city. Unattended cooking, lit candles and smoking materials not extinguished are all to blame.

She's also noticing a disturbing trend in the city -- people are dismantling their smoke detectors.

“We’re seeing a huge increase in people tampering with their smoke alarms, taking them down, removing the batteries. First of all, that’s a chargeable offence we can fine for that," said Meadows.

She said some people have already been fined and when the fire prevention crew begins home inspections next month, she predicted they will be issuing more tickets.

Bernie Stansa, chief fire prevention officer with the Timmins Fire Department, said there are different types of alarms people can buy that might be less annoying in the kitchen.

"Some are more effective in the kitchen, like for example, photoelectric is not as prone to nuisance alarms as the ionization type, so maybe you’ll want to change the alarm,” Stansa said.

He and Meadows want to raise awareness about their concerns to prevent deaths. Stansa said 114 people died in residential fires in Ontario in 2020.

“And that's almost double from the previous year, and this year we’re on track to be the highest year on record," said Stansa.

He added that the office of the Ontario Fire Marshal is currently studying data for the province to officially determine if there are more residential fires due to more people staying home during COVID-19 pandemic lockdowns.