NORTH BAY –This year's CIBC Run for the Cure in North Bay took on a special meaning for colleagues and friends of a well-known and respected member of the local media.

After learning CTV Northern Ontario photojournalist Brittany Bortolon, 26, has recently been diagnosed with breast cancer, a team was assembled for the event to show support.

Clarke Heipel of North Bay organized a team of 25 in Brittany's honour called Britt's Bevy. The team, including CTV colleagues and other local media personalities, raised over $4,000, earning the event's title of 'Top Fundraising Team.' 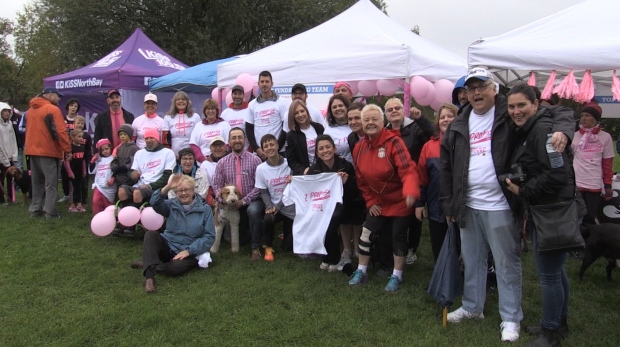 "She's been here less than two years, but it feels like we've known her for a lifetime," said Heipel.

Brittany is now in the fight of her life, having started 16 weeks of chemotherapy in her hometown of Guelph, and is scheduled to have a double mastectomy following treatment.

Brittany participated in the Run for the Cure event in Guelph on Sunday, while seven members of the CTV News team from Sudbury traveled to North Bay for the event to support their colleague.

"I absolutely love her. She's a fighter and she's so strong, and I know she's going to come out glowing," said CTV News Anchor Jessica Gosselin.

Brittany Facetimed her supporters at the event and thanked them for their support.

"I'll be in tears later today when we take some time to really think and feel what we're doing this for," said Heipel.

All the money raised for the walk goes to the National Foundation for Breast Cancer Treatment and Support Services.

Research has come a long way. We're diagnosing earlier, we're catching our diagnoses earlier, and so women are being treated more quickly, and they're also being given personalized treatments," said Melanie Gainforth, CIBC Run for the Cure North Bay organizer.

All I have to say is just never ever give up and your attitude has got to be so positive. Attitude has a big hold on how you recover," said breast cancer survivor Christine Comeau.

As a local newsmaker, Brittany never imagined the cameras would turn on her, but she says she's grateful for all the messages of support. 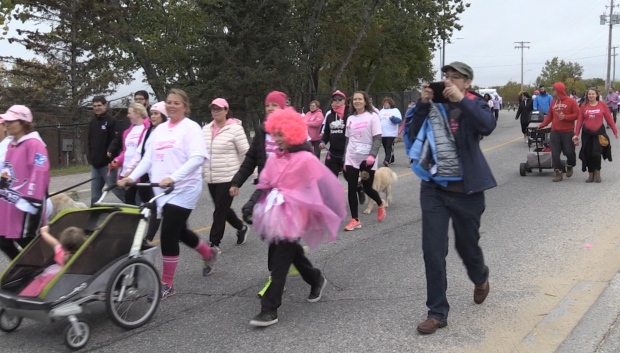