Sudbury stabbing suspect back in court 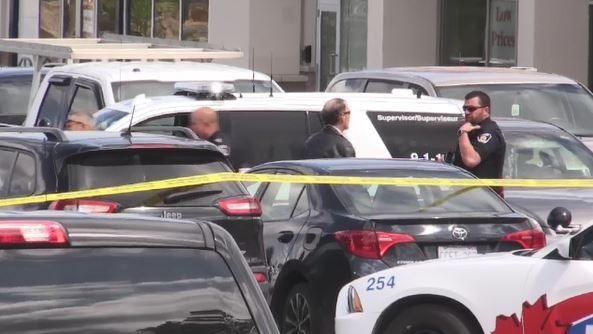 SUDBURY -- The man accused of a random stabbing attack on a mother and a baby in Sudbury in June is expected to plead guilty in mid-December.

The incident happened in a busy box store parking lot on Marcus Drive.

25-year-old Alexander Stavropoulos faces two charges of attempted murder in connection to the incident.  After a brief court appearance via video link from the Sudbury jail on Thursday, a date for resolution in the case was set for Dec. 17.

He’s been in custody since his arrest the day of the stabbing.

Stavropoulos is previously known to police from a violent incident at the downtown Sudbury transit terminal, where he threatened people with a knife and charged at responding officers in April 2018.

He served 99 days in jail in connection to that incident.