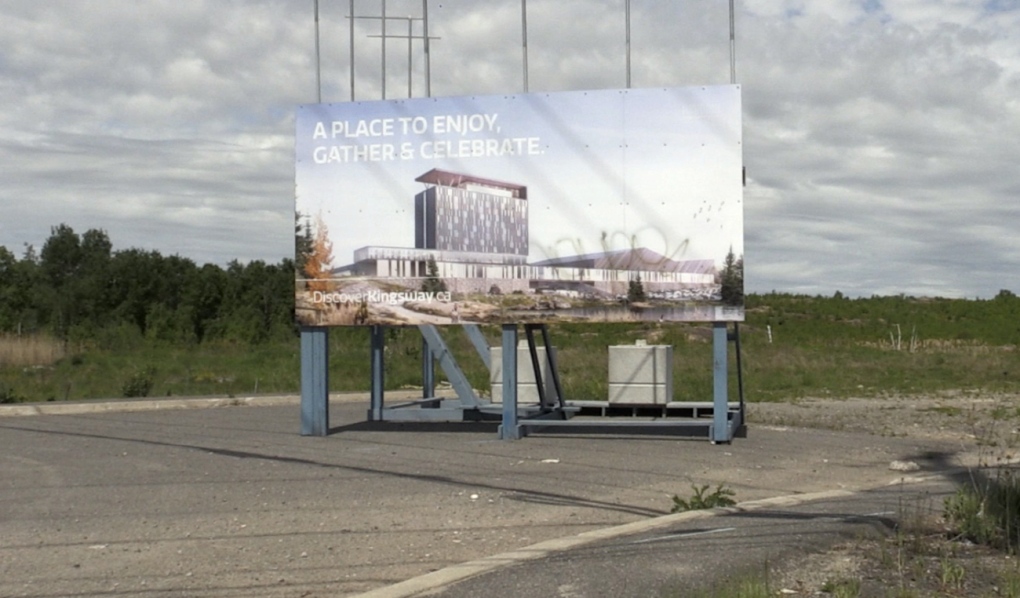 Sudbury mayor, Brian Bigger, said he plans to file a complaint with the integrity commissioner after a late-night council meeting Thursday over the Kingsway Entertainment District. File Photo

Sudbury Mayor Brian Bigger plans to file a complaint with the integrity commissioner after a late-night council meeting Thursday over the Kingsway Entertainment District.

The complaint centres around a question councillor Geoff McCausland tried to ask about a major developer backing out of the multi-million dollar project.

Councillors had been hearing from staff about a shift to a new model around the bidding process.

McCausland, a previous opponent of the development, applauded the city's shift to a progressive design-build model.

"We all know there's no shortage of division or controversy over the Kingsway Entertainment District, and I've heard many residents express their concern that a private developer who owns the surrounding land is involved with one of the three bidders that were pre-qualified to build the arena. I was confident though, that the process was legitimate because I could see we had two other major Canadian construction companies," said McCausland.

"That's why it was so alarming this afternoon (Thursday) to see the Progressive Design bid tender had closed, and revealed that only two of the pre-qualified bidders decided to submit bids."

"We're down to two bids in the largest development in our city's history. We've lost Ellis Don. I find this disappointing news for the whole community," said McCausland

He then began to cite some of Ellis Don's sports-related accomplishments as a lead into his question before being interrupted by the mayor.

"Councillor McCausland, I'm going to ask you a question. It seems to be you have engaged with a proponent in the middle of a procurement process that is not yet complete, not yet awarded, and I'm not sure this is appropriate in a public meeting," said Sudbury Mayor Brian Bigger.

McCausland then tried to ask his question, telling the mayor the information was publicly listed on a city website before being interrupted again by the mayor.

"Councillor McCausland, this is very serious," the mayor said.

The two started to talk over each other about the seriousness of the question when Councillor Bill Leduc stepped in to raise a point of order.

"Please turn the councillor's microphone off," Bigger said to staff.

He repeated himself a short time later before directing the conversation to the city's CAO Ed Archer.

"Mr. Archer, we do have procurement policies and I don't think it's appropriate for members of council to meet with proponents of an RFP during a procurement process, and if you can please confirm that or I may have to go to Mr. (Labelle)," the mayor said.

"Your Worship, and members of council, both your code of conduct and your purchasing bylaw offers guidance in the role of council in procurements.

It specifies there will not be attempts to influence the decision-making process. Members of council and staff not authorized in the bidding process should not be engaged in those discussions," said Archer.

"So I'm not allowed to ask a question on publicly available information," asked McCausland.

"I want to ask staff, what are you able to tell the public on why we had three bidders going into the process, and only two came out. How is this process going to achieve the best value for the citizens of Greater Sudbury when a third of the competition has been removed from the marketplace?"

"I would be surprised if the bids received today were even opened yet, but the potential exists for either of those two to be fully compliant with the criteria set out in the bid document, and considering both of those bids followed the schedule so far and we'll to through an evaluation to check with the specifications that we issued. It won't be possible for us to give you a response about why the bidder didn't submit a bid until we have an opportunity to communicate with that bidder," said Archer.

McCausland, however, never stated publicly that he had met with representatives of Ellis Don.

Mayor Bigger was asked by the media to clarify after the meeting.

"What you saw tonight, particularly as mayor, and particularly as a former auditor general, was that it's not acceptable for anyone to breach our procurement bylaws and attempt to intervene in an ongoing procurement process. The results of the procurement process have not been determined, nor have they been awarded, and so I'll be reporting the incident to the integrity commissioner and this will likely be coming back with a report from the integrity commissioner," said the mayor.

Mayor Bigger was also asked to explain his accusations after McCausland stated the information was available on the city's website.

"I am aware that two city councillors did speak to a proponent who is no longer in the process, so that's all I can say," said Bigger.

"We're proceeding (with the KED) as planned, with our procurement process."

In a written response, McCausland confirms he did meet with a representative from the company but after they withdrew from the process.

"I want to determine if there was something wrong with the process to cause one of the three bidders to abandon their bid," he said.

"Weeks after they had removed themselves from the bid process, a representative of Ellis Don reached out to Councillor Signoretti to share some concerns and let him know why they pulled out. I agreed to meet with him to hear them out. They felt it was public knowledge that they had pulled out as they had already told all their sub-contractors."

"Mr. Archer, we do have procurement policies and I don't think it's appropriate for members of council to meet with proponents of an RFP during a procurement process, and if you can please confirm that or I may have to go to Mr. (Labelle)," the mayor said.