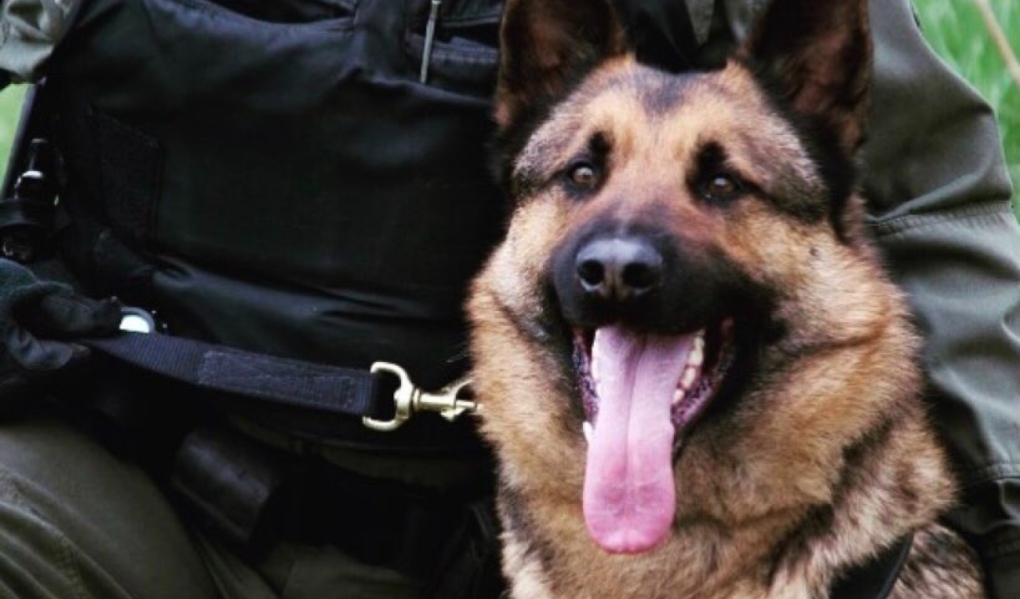 Greater Sudbury Police honoured a retired police dog on its social media pages Wednesday that died this week. The post said Scout was a member of the force's K-9 unit for seven years until he retired in 2018. (Supplied)

The post said Scout was a member of the force's K-9 unit for seven years until he retired in 2018.

"Most memorably in 2016, Scout was responsible for locating a missing toddler who had wandered over a kilometre away from his worried parents," police said.

"Scout also successfully found an elderly patient who had left the hospital and fallen between two rocks and was unable to move."

The police pup was born in Holland and was picked by Sgt. Doug Ward during a selection process in Pennsylvania.

"Scout worked for seven years beside his partner and best friend, Sgt. Ward," police said. "Together they were responsible for many apprehensions and successful missing person searches."

"In his retirement, Scout loved to get into mischief, whether it was eating patio cushions and Christmas trees or digging holes throughout the yard in search of his greatest nemesis, the groundhog," police said.

"Although his death was sudden, Scout spent his last weeks loving retired life. He opened many Christmas gifts, celebrated his birthday, took lots of walks and hung out with his humans for movie nights."

He died surrounded by Ward, his owner's wife Jennifer and children Kennedy, Ryan, Ella and Mara. A police officer and police dog were outside.

"Scout will be remembered each time we see a spike ball at PetSmart, trip in one of the many holes he’s dug or see stuffing coming out of a pillow," police said.

"Scout, you will be cherished in our hearts forever. Each time we hear a siren wail we will think of you howling, wishing for one last chance to go to work. We know you crossed the rainbow bridge a happy boy after your wish came true and you got your one last ride."