Sudbury police dog tracks down suspect who fled in Azilda 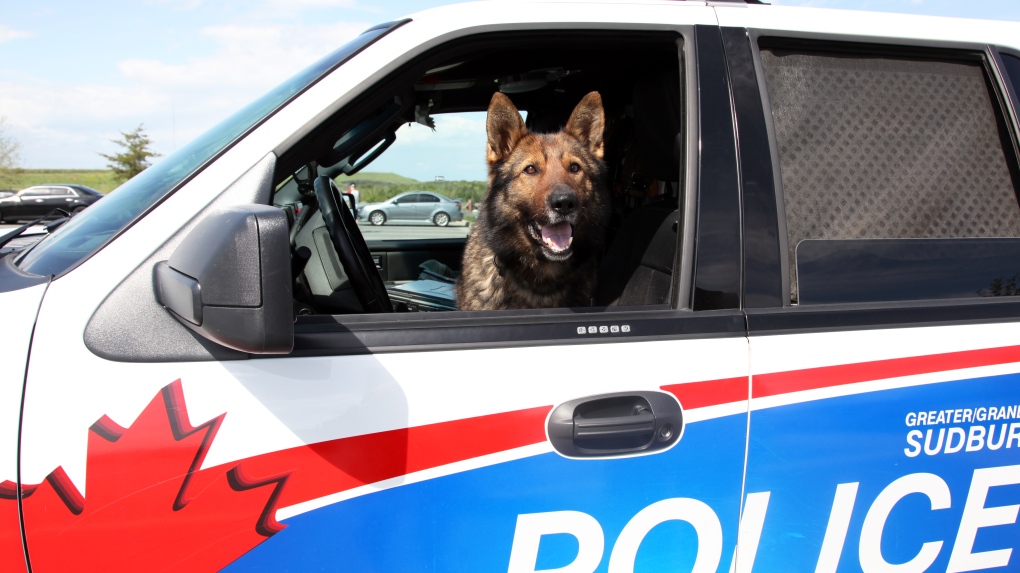 K9 tracker Recon sitting in the driver's seat of a Sudbury police cruiser, despite not having a license. (Greater Sudbury Police Service)

SUDBURY -- Recon, a furry member of one of Sudbury's K9 units, helped arrest a suspect who fled from police in Azilda early Tuesday morning.

The police dog found the man hiding under a trailer.

Police received a call around 4 a.m. about a man and woman yelling at each other in the parking lot of a business on Notre Dame Avenue in the Greater Sudbury community of Azilda.

Two vehicles were seen in the parking lot as officers arrived and both tried to get away quickly, but were blocked by police cruisers, officials said in a news release.

A foot chase ensued when one of the drivers ran away. The 30-year-old man was found in a nearby residential area, and was taken to police headquarters downtown where he failed testing performed by a drug recognition expert.

Police said that while his vehicle was being cleared, officers found a loaded firearm and ammunition and have applied for a search warrant for the vehicle.

The accused is charged with:

He is scheduled to appear in bail court at sometime Tuesday.

The investigation will continue.