Sudburians look for a way to honour Eddie Shack 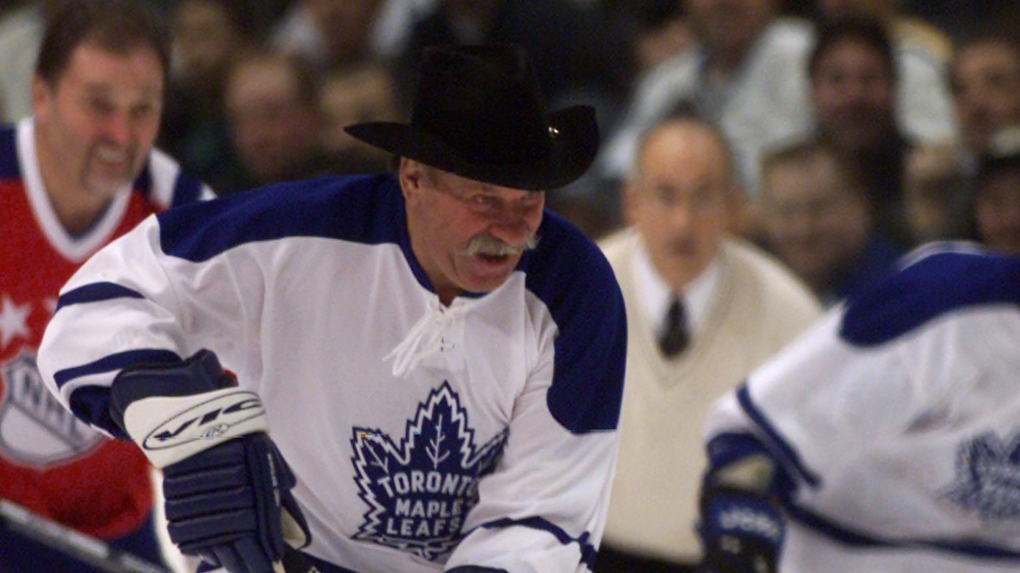 With the news of hockey legend Eddie Shack passing away on Saturday, people in Sudbury are looking for a way to pay tribute to his memory. (File)

SUDBURY -- Just two days after the passing of former Toronto Maple Leaf and Sudburian Eddie Shack, some residents are calling for something to be done to honour his memory.

A Facebook post by Perry Sarazin on Monday proposed the new Kingsway Entertainment District arena be named after Shack. That post generated a lot of positive feedback with dozens agreeing with the idea.

"Eddie Shack's been a staple in this community for over 50 years, just well-known through hockey and stuff like that," said Sarazin. "He was so instrumental in being a part of this community ... He's just so well known and made people laugh, I thought why not honour a guy who's made us laugh all these years?"

Ward 5 Coun. Robert Kirwan said that it is definitely a possibility to name the arena after someone who had such an influence in the community. However, for this particular situation, there is a lot to consider.

"Generally a place like this that's going to be mainly a sports venue, it would be named after a major corporation that would like to purchase the naming rights to the building," said Kirwan. "There's significant dollars and they go towards operations. I think when you're going to start naming after certain people who have made contributions to the city, you would probably look at certain segments of the building. Like I say, there are dressing rooms, there's hallways."

"Eddie Shack was a local celebrity, I'm very sad by the fact that he passed away," said Zulich. "When I think of him, he's always smiling, he always made people happy (and) he was a great ambassador for Sudbury. So I absolutely believe we should do something in his name to celebrate his life."

But the naming rights for the arena is an important part of the business plan for the new facility, he added.

"Naming the actual arena after him, that's an idea, but the naming rights to the arena and the revenue stream is part of the business model that makes that arena feasible," Zulich said.

Officials say the naming rights could go for as much as $100,000 per year. But even if the entire facility isn't named in his honour, Zulich said there are other options, such as the statue that sits outside the Elgin Street rink honouring Stompin' Tom Connors.

"There are many opportunities that we can celebrate his name, whether, like you said, a lounge or an area of the new building, or maybe we can do something not unlike here at the Sudbury Arena like we did for Stompin' Tom Connors."

Several options to honour him

Kirwan said there are many people from Sudbury who have made contributions and there are a lot of different ways to recognize them.

"So Eddie Shack, I'm sure, will be a part of the Kingsway Entertainment District, if not as the name of the entire building, possibly as a name of one of the rooms or one of the hallways."

There is a lengthy naming process that will take place before the arena or any of the rooms are named in the KED building. Kirwan said the building isn't quite at the step, but applications can be submitted now.

"You've got to be careful when naming a building after someone, because there are always other people who could be considered," said Kirwan. "The process will take away the emotions and make it very objective in terms of if you go forward and actual name an entire building."

However, with many decisions still needing to be made, it is clear that hockey fans across the city are looking for a permanent way to honour Shack and the contribution he made to Sudbury.