Search has ended, Sudbury robbery suspect has turned himself in to police

The search for the driver of a truck has ended, sources have confirmed to CTV News, with the 28-year-old suspect turning himself in to police.

"Please be advised that the incident has concluded," police said. "GSPS and OPP wish to thank the public for their cooperation and assistance."

Residents of Kukagami Lake Road and Ashigami area are being asked to remain indoors and off the roadway as police search for an "erratic and aggressive driver" of a black and white Ford F-150 pickup truck after a robbery and series of crashes in Sudbury on Thursday morning that resulted in one person being injured.

The license plate of the vehicle police are looking for is AY70909. Police said they received a call from a business on Riverside Drive around 10:30 a.m. after the driver of the truck was involved in a robbery, Greater Sudbury Police Service spokesperson Kaitlyn Dunn told CTV News in an email Thursday afternoon. 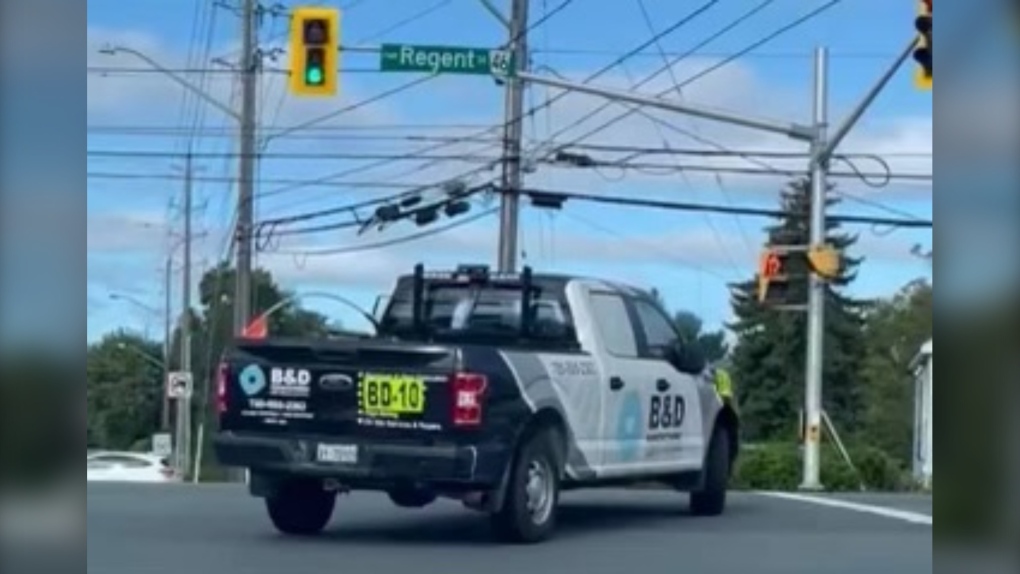 Police looking for black and white Ford pickup with B & D Manufacturing decals on it. Sept. 2/21 (Greater Sudbury Police Service)

Police said they received a call from a business on Riverside Drive around 10:30 a.m. after the driver of the truck was involved in a robbery, Dunn told CTV News in an email Thursday afternoon.

"The driver then proceeded to drive the vehicle erratically and aggressively throughout the city and was involved in numerous collisions with vehicles and structures. At this time, one person has been transported to hospital with non-life threatening injuries after a motor vehicle collision involving the truck," Dunn said. 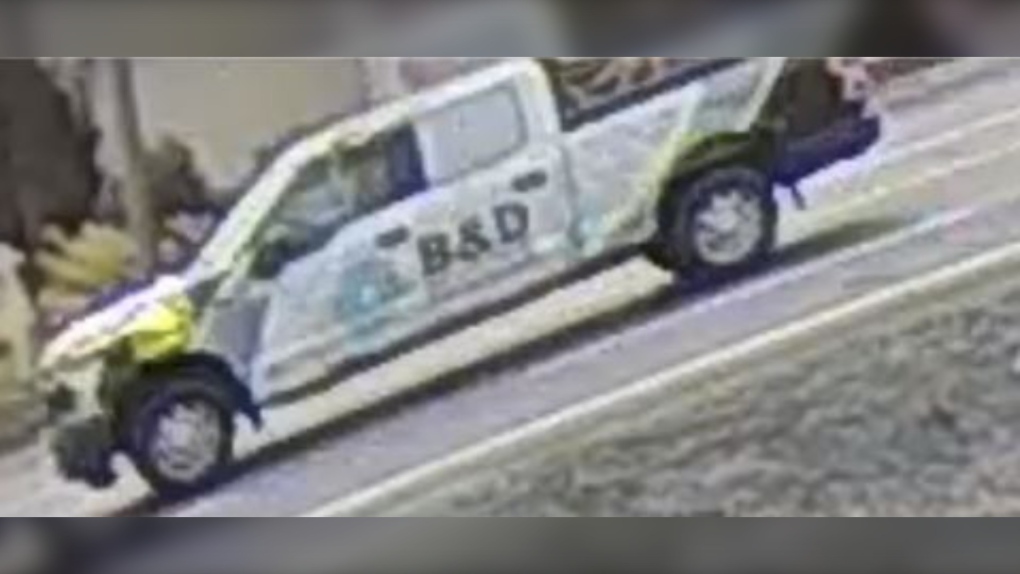 The front of the truck is white and the tailgate is black. It has B&D Manufacturing decals on the body. Sudbury police told CTV News the truck, which belongs to a business in Chelmsford, has not been reported stolen.

"The driver is described as being white, in his late 20s, around 6-foot-1 inches tall, weighing around 200 lbs., with short dirty blonde/light brown hair and blue eyes. He was last seen wearing an orange construction jumpsuit with reflective markings,"  Dunn said.

CTV News spoke with a couple that did not want to appear on camera but said a man driving a white pickup truck hopped the curb of the Shoppers Drug Mart parking lot -- on the corner of Regent Street and Riverside Drive -- onto Ontario Street just after 10:30 a.m. on Thursday. 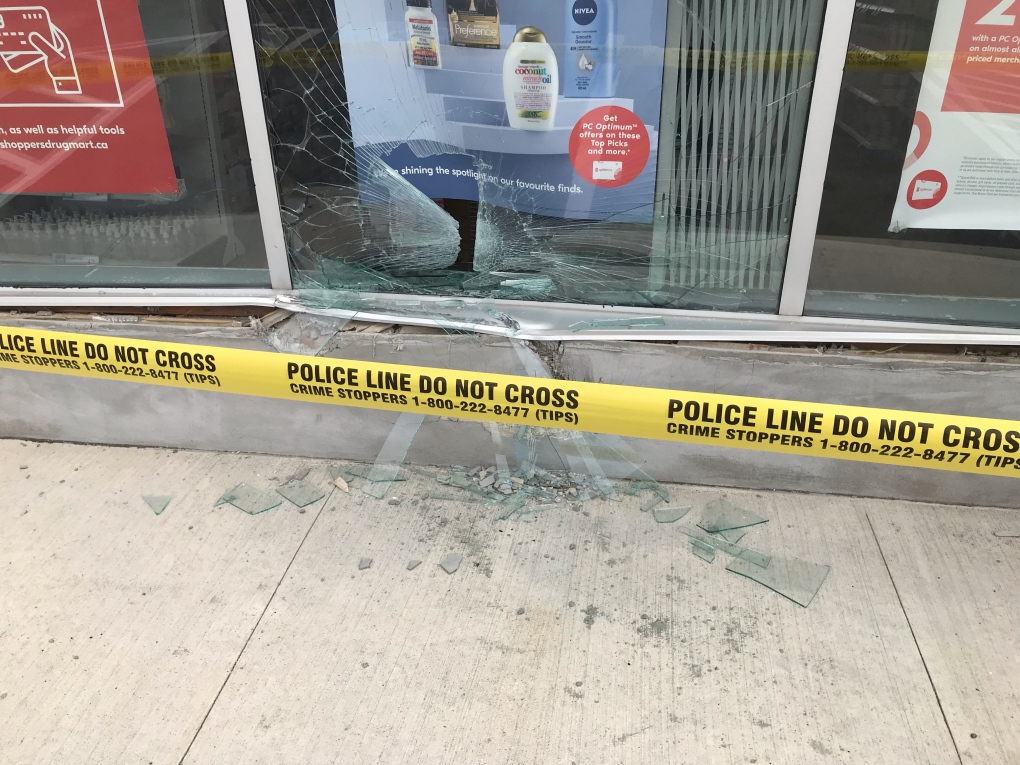 The couple was in the West End intersection crossing Regent Street at the time. Before they could cross the road, the man approached their car on foot and told them to get out. They say they locked their doors and when he was unsuccessful at getting in, he got back in the truck he was driving and drove away after hitting their SUV.

They said he appeared to be under the influence and had pills in his hand when he approached the vehicle.

"We received numerous reports of an erratic driver who has been involved in multiple collisions. Officers are not pursuing the vehicle as the individual’s behaviour is very unpredictable," said Dunn. "Working in collaboration with the OPP, officers deployed a spike belt on Highway 17 in case the driver continued in that direction. There are numerous officers in the area working on locating the vehicle in order to conduct a stop."

Officers with the Greater Sudbury Police Service and Ontario Provincial Police are searching an area off Kukagami Lake Road about 20 minutes east of Sudbury.

Police said the driver turned off Highway 17 and drove north. Most recently, the pickup truck was spotted on Ashigami Lake Road.

The canine unit has been called in along with the police helicopter.

People in the area are being asked to take shelter as police continue their search.

"Drivers are asked to use caution until this suspect is apprehended," the City of Greater Sudbury said in an alert. "The public is advised to remain away from the suspect and suspect vehicle. Please only make urgent 911 calls at this time."

Anyone with information about the truck is asked to call 911 immediately and police are asking the public to not pursue the vehicle or engage with the man. 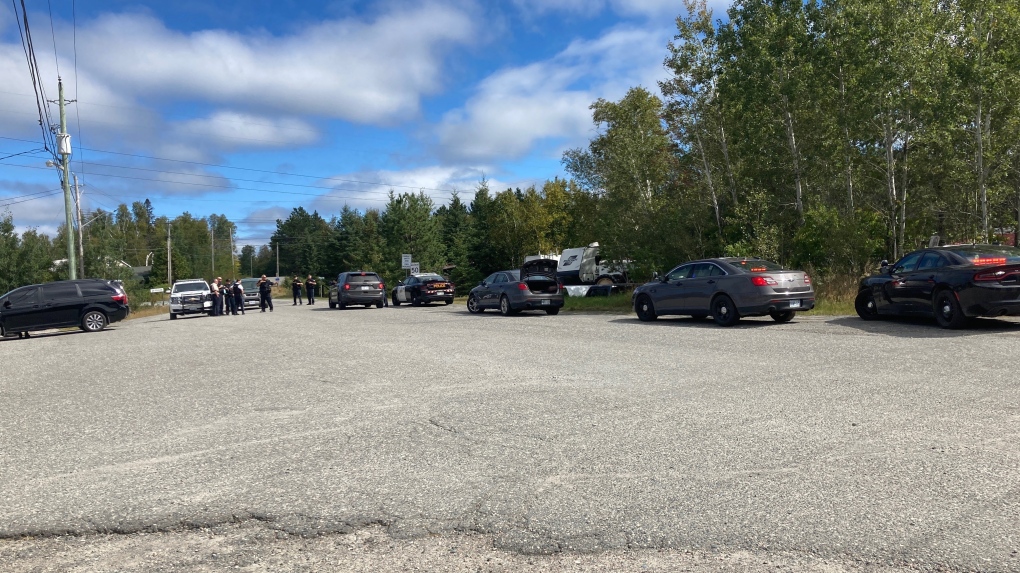 This is a developing story, more details to follow shortly.