Prisoner Justice Day marked in Sudbury despite the pandemic 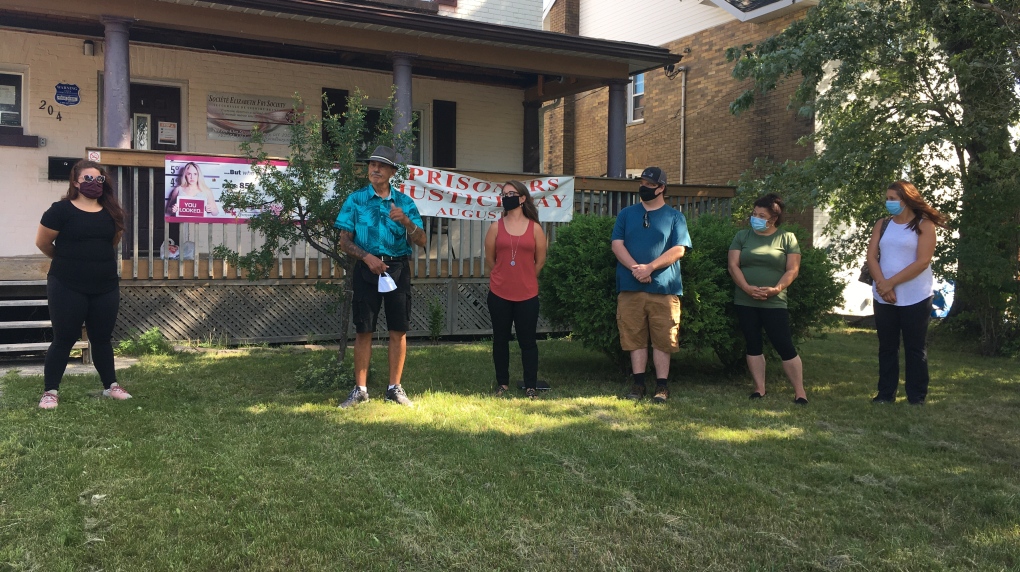 SUDBURY -- It's been 44 years since Prisoners Justice Day began, and residents of Sudbury are still speaking out for change.

The event looked a bit different this year due to the COVID-19 pandemic. Instead of a large crowd outside of the Sudbury Jail, a small group gathered outside of the Elizabeth Fry Society for a few speeches and a moment of silence for those on the inside.

"It's important because society as a whole tries not to think about those that are incarcerated," said Executive Director Cory Roslyn. "So people generally think about someone commits a crime, they're locked up, keeps everybody safe and then they don't have to worry about it anymore. But it's important to us because we're recognizing that those who are behind bars deserve support or need our support."

The group spoke out about better mental health supports, supports for survivors of trauma, addiction supports and making sure that everyone has a liveable income.

"I think the main things that need to be addressed need to happen outside of the prison walls," sad Roslyn. "Making sure that people have everything that they need, the tools that they need, to be successful i their lives. So we need to prevent people from going down the path that leads them to be criminalizes to behind with."

Most in attendance this year were staff from the Elizabeth Fry Society, however, Ed Belec was also there to talk about his experience as a prisoner in the past.

"I've got quite a bit of time in [and] always when I got out, I always had nothing to go to because I was from a dysfunctional family, I was not wanted there, I was not Wanted anywhere, I felt like I was like pegged, like marked," said Belec. "So it needs to be addressed by transition. Like, if a guy is doing some time, say two years, help him with the weak spots in life. Help him in the areas that he is unknown with and give him some insight that there is help out here you just have to be patient and if you want it, it will come to you."

Belec adds that this outlook has worked for him personally.

"It's going on six years that I've been free from these walls," he said. "I've even had walls after them walls, and I broke free and today I am a success in my books."

The event was significantly smaller this year, but organizers say this is an issue that needs to involve the entire city.

"It's a day that I think we could use to get more attention to the issue and I think that more work needs to be done year after year moving forward so we can build on the event," said Roslyn. "In previous years we have seen upwards of 50 people attend, which is helpful and every person who attends spreads the message a bit more."

She adds, "If for nothing else, the amount of money that our government spends incarcerating people every year could be put to much better use."

In the years since the day was first recognized, officials say that some positive changes have happened, but a lot more needs to be done.

Belec says, "They've done a crime, they're paying it, now help them before they get out so that they don't return."

"Putting someone in jail doesn't create safer communities," said Roslyn. "It doesn't stop anyone from committing further crimes and inevitably everyone who is incarcerated is released from jail eventually and they are released steps behind from where they were before. Not steps ahead."