With the 2021 federal election around the corner, local candidates are trying to secure the student vote. Many political commentators say the student vote will be crucial. And many first-time voters are undecided and say they have concerns about climate change and housing.

Tuesday night, the Nipissing University Student Union held an online debate with the local candidates in the Nipissing-Timiskaming riding so students would have an opportunity to hear about the policies and platforms from each party.

“I haven’t made any proper judgments yet, but I’m leaning towards the NDP,” said one student.

“It’s going to be my first time voting. I just want to be able to express my opinions,” said another.

The four local candidates -- Liberal Anthony Rota, Conservative Steven Trahan, New Democrat Scott Robertson and People’s Party of Canada’s Greg Galante -- were pressed on topics including healthcare, education and the environment. These are topics most students said they care about the most.

“Being a nursing student, I’m mainly looking at the healthcare perspective with just seeing the impact the pandemic has had,” said one student.

“As a student, it’s expensive to buy a house, which we’re going to have to start looking for,” said another first-time voter. “So the housing market is a big thing for me.”

“I’m still kind of on the fence on who I’m going to vote for,” commented one voter. “I would still like to do a bit more research.”

At one point, more than 170 people were watching the debate.

“The whole point of the debate was to hopefully get more students involved so they can learn more about the candidates involved in the Nipissing-Timiskaming area,” said Sarah Pecoskie-Schweir, student union vice-president of awareness and advocacy. 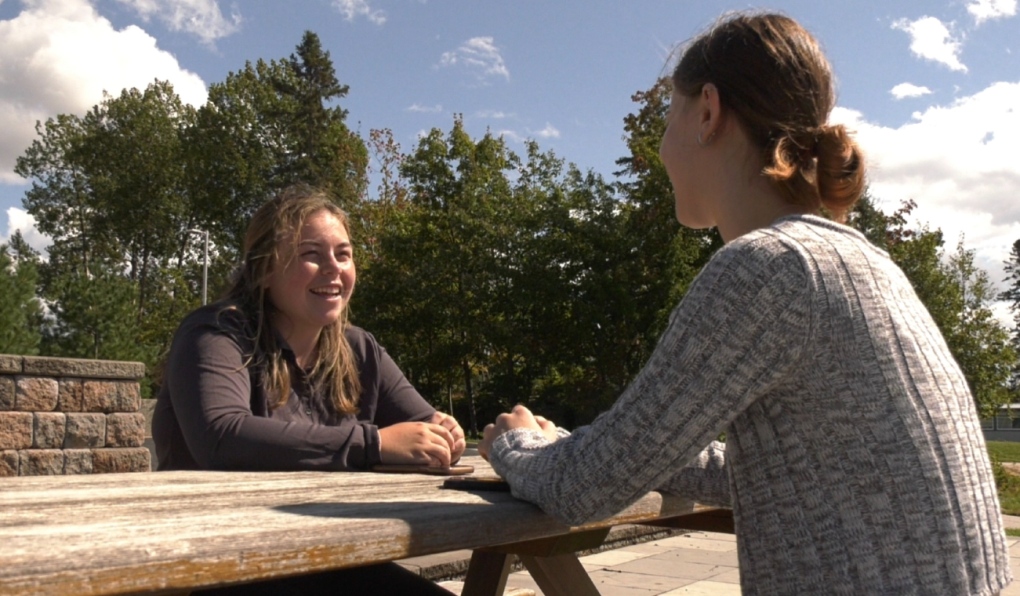 With the 2021 federal election around the corner, local candidates are trying to secure the student vote. Many political commentators say the student vote will be crucial. (Eric Taschner/CTV News)

Elections Canada is not providing a way for out-of-town students to vote at their campuses. However, student leaders want them to cast a ballot however they can -- either by mail or by making a trip home.

“For students that aren’t from this riding, we are encouraging them to go back and look at the candidates from their riding and hometown and encouraging them all to vote,” said Pecoskie-Schweir.

Not one student CTV spoke with said they weren't going to vote. One student called the election a critical time in deciding our country’s future.

“Something that is really important to me is the environment, just because we’re at a stage in our environment that isn’t going all that well,” said a first-time voter.