The Ministry of Natural Resources and Forestry wrapped up its extensive investigation of the Parry Sound 33 wildland fire that began in July 2018.

The team of ministry investigators with the assistance of a forensic fire expert found that the fire originated near a disabled vehicle in a remote area of Henvey Inlet.

Although the origin of the fire was determined, no offence was found to have been committed under the Forest Fires Prevention Act.

The 2018 wildfire season is said to have been one of the busiest experienced in Ontario in recent years, with a total of 549 fires recorded across the province in July alone.

The MNRF said that the northeast region had 486 fires burning a total of 62,661 hectares.

Lightning was the cause of the majority of the fires provincially at 71%, while the rest were caused by human activity.

Fire crews from across the country and internationally, from Mexico and the United States, came to help the firefighting efforts. 799 forest fighters and 128 support staff from outside of Ontario contributed to the effort. 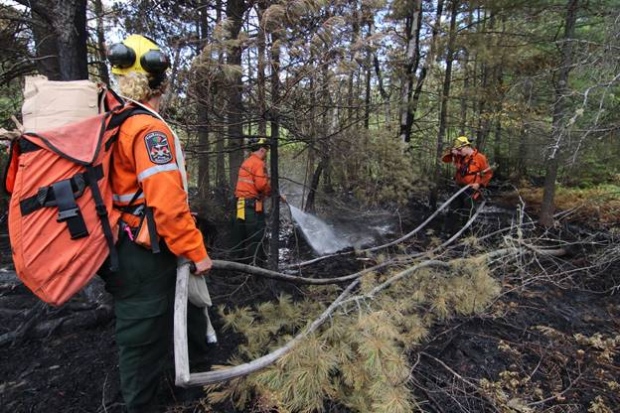