All eyes in Ontario's mining world were on a mine north of Thunder Bay on Thursday afternoon as Premier Doug Ford released the province's first-ever 'Critical Minerals Strategy.' 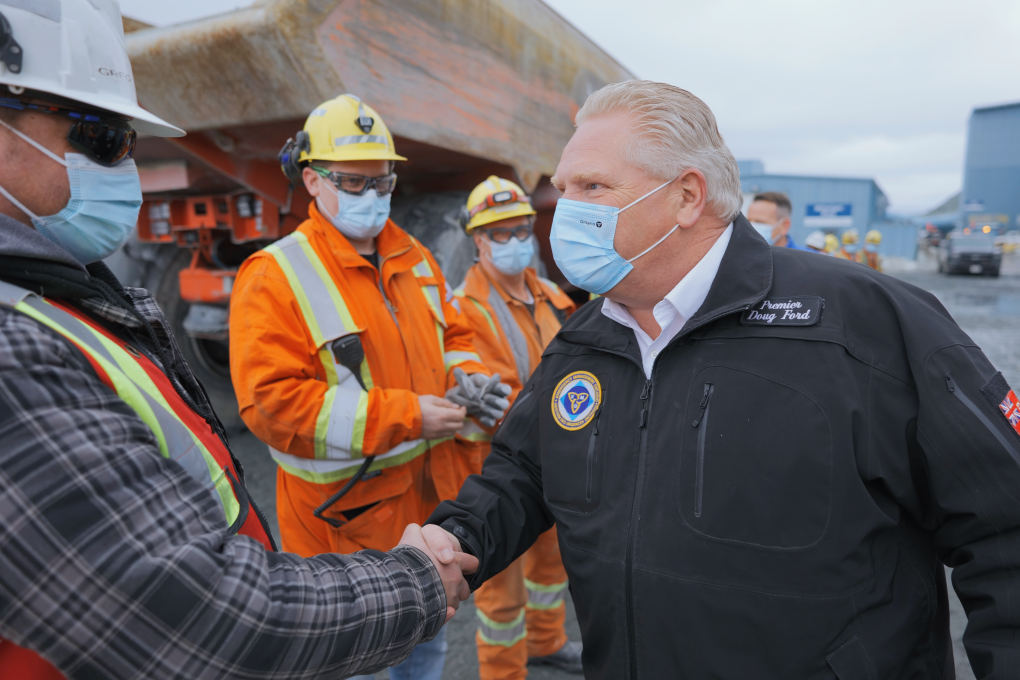 Critical minerals -- like nickel, cobalt and lithium -- are worth $3.5 billion a year to the provincial economy. Toronto is also home to the Toronto Stock Exchange (TSX) and the TSX Venture Exchange, which raises capital for critical mineral exploration.

Ford has been eyeing further development in northern Ontario for some time with promises to open up the 'Ring of Fire' mineral deposit located north of Thunder Bay.

The provincial government wants electrical vehicles made in the province and a lot of that plan depends on available minerals.

"The critical minerals strategy is our government's blueprint to connect industries, resources and workers in our province's north to the future of manufacturing in the south as we build up home-grown supply chains," Ford said in a news release.

The premier made the announcement at the Lac-des-Iles Mine with Minister of Northern Development, Mines, Natural Resources and Forestry Greg Rickford and Minister of Economic Development, Job Creation and Trade Vic Fedeli.

According to the 53-page document, the Critical Minerals Strategy is a five-year roadmap that will help to secure the province's position as a reliable global supplier of responsibly-sourced critical minerals.

The province said it is continuing to make progress in a "corridor to prosperity (roadway)" to the 'Ring of Fire' region and is collaborating with First Nations partners.

As part of the announcement, the province is putting $24-million toward Ontario's Junior Exploration Program, which includes $12-million for a critical minerals funding stream. Another $5-million will also be earmarked over two years in a new Critical Minerals Innovation Fund. 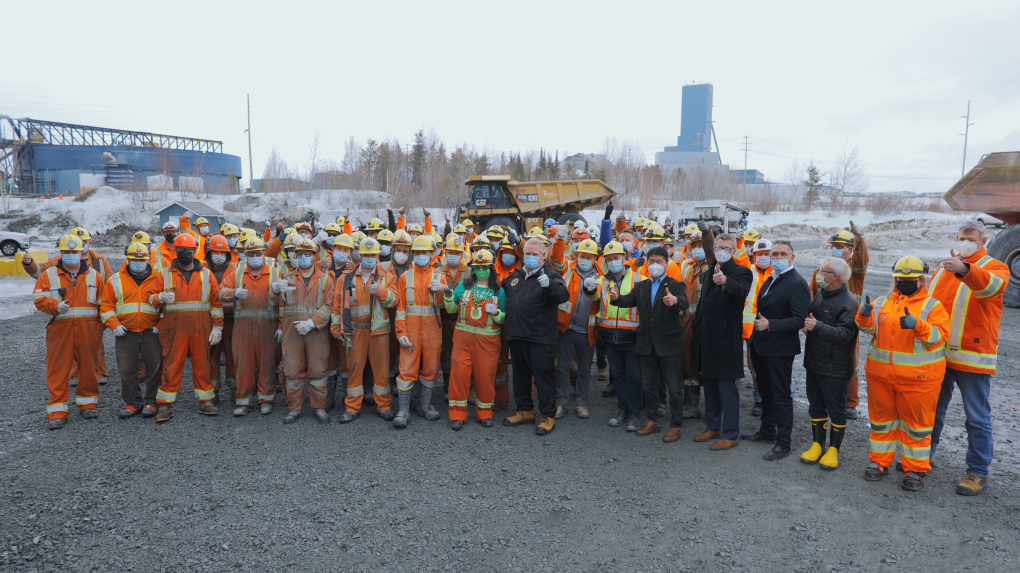 The province also putting money into existing government programs, including those being offered through the Northern Ontario Heritage Fund Corporation (NOHFC), which previously announced $336,000 into Frontier Lithium's new extraction process for lithium.

There has been a growing demand for critical minerals, including nickel in the last few years and it has only ballooned since the Russian invasion of Ukraine. Nickel, at one point, had to be halted on the London Metals Exchange after it saw wild swings in pricing.

Canada is currently the world's sixth-largest producer of nickel and the Ontario Mining Association's (OMA) Chris Hodgson said there is a lot of capacity to grow.

"Quebec and Ontario have huge potential, nickel we produce with the least amount of carbon than anyone in the world. We produce a lot of copper, lithium, platinum that are a lot of critical minerals. We produce about eight of the 30 that are on their list," said the OMA president.

The list that Hodgson is referring to is the provincial list. It cites Ontario's rich mineral endowment, favourable investment climate, processing abilities and proximity to Canadian and American manufacturing hubs as benefits to the supply chain.

"We're very pleased with it. We worked with the government in doing a report. We had some help from Ernst and Young about the present state of mining in northern Ontario and then we went onto the critical mining study," he said.

"Anytime the premier announces something when it's showing that mining, as we've known, is the solution to a lot of the world's problems as the world transitions away from fossil fuels." 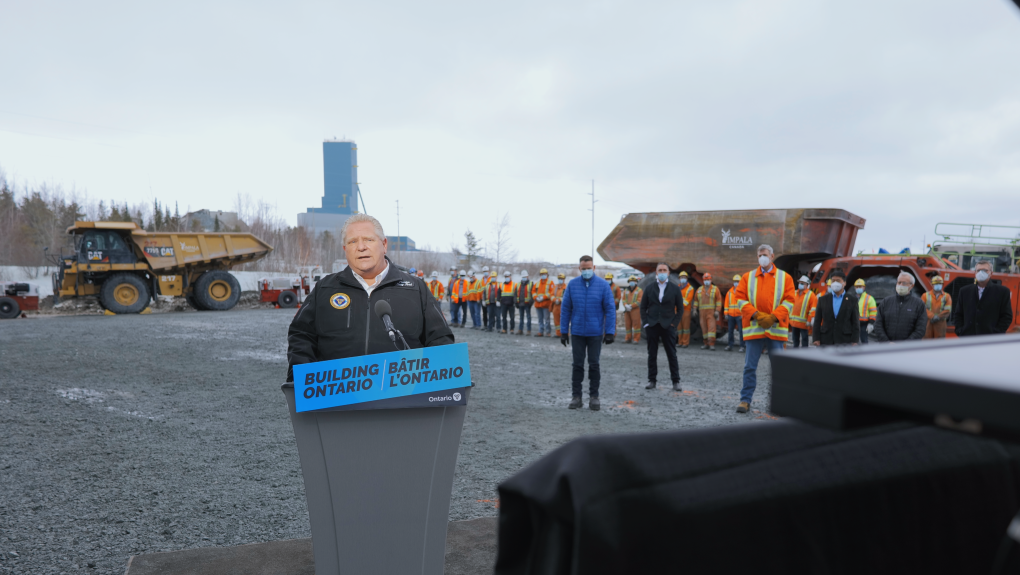 According to the OMA, there are currently 41 active mining operations in the province. Major mining companies' direct full-time equivalent jobs in Ontario totalled over 21,000 with more than $1.9-billion paid in total worker compensation.

Toronto-based consultant and editor of the website 'The Republic of Mining,' Stan Sudol, tweeted that he was "glad to see the province understand the geopolitical and economic importance of the Ring of Fire."

Glad to see the provincial government finally understanding the geopolitical and economic importance of the Ring of Fire's strategic nickel and other battery material deposits.The road into camp is a priority. Indigenous-led EAs by Webequie and Marten Falls should be accelerated. https://t.co/tPINIonLfZ pic.twitter.com/bedmY4LQny

"Without these minerals, the ability to build electric vehicles to decarbonize the transport sector and stop global warming would not happen," Sudol said.

"As Elon Musk has often commented, Class 1 nickel is vital for electric vehicles. With Russian Class 1 nickel – about 30 per cent of global supply – no longer available to North American manufacturers, we will see severe shortages for years to come."

He adds that both the provincial and federal government should "accelerate road development into the Ring of Fire, which is currently undergoing Indigenous-led environmental assessments by Marten Falls and Webequie First Nations who support sustainable mining on their traditional territories."

"We believe there is an incredible opportunity to connect our northern and southern economies to build a made-in Ontario supply chain for emerging technologies such as (electrical vehicles)," said Rickford in the news release.

"Through our 'Driving Prosperity' plan and our first-ever Critical Minerals Strategy, our government is staking Ontario's claim to emerge in the North American EV battery industry and position the province to leverage its critical mineral wealth," Fedeli said.