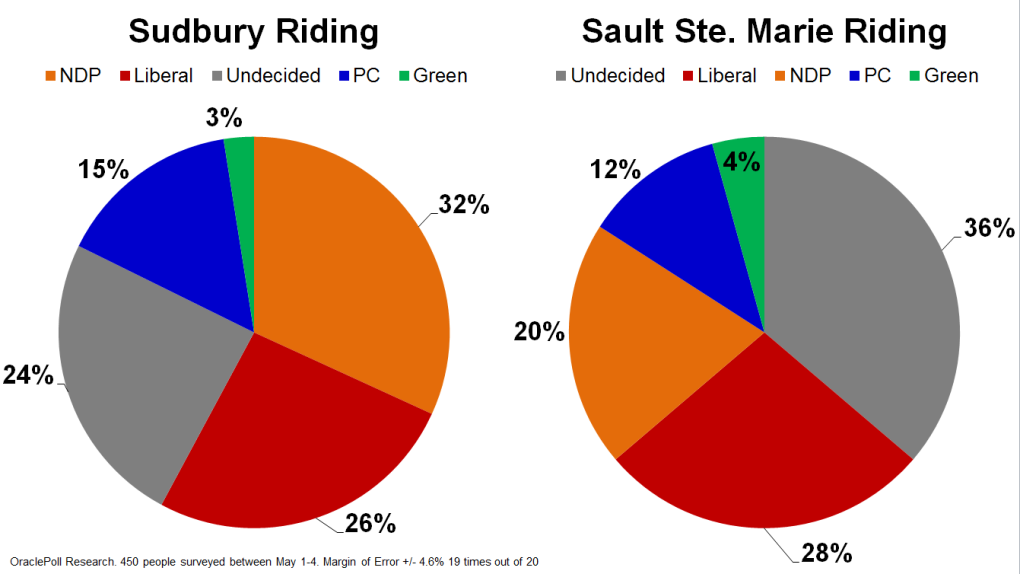 Tonight – Liberals in Sudbury will finally have the chance to nominate a candidate to replace the retiring Rick Bartolucci. The riding association wanted a nomination meeting much sooner than this but,for reasons still unknown, the central party dragged its feet.  While the Liberals pick their candidate, Paula Peroni of the PCs and Joe Cimino of the NDP have hit the ground running for weeks, if not months – slowly garnering support.

The NDP appear to have an early lead, with 32%.  Despite having no campaign machine in place, the Liberals (whowe polled assuming Andrew Olivier would be the candidate) came out in second with 26%.  The PCs and Green Party were much further back.

Nearly a quarter of those surveyed still haven’t decided who to vote for. This number makes Sudbury an interesting race.  Many of those “undecideds” likely voted Liberal in the past but now are on the fence (as was the case in 2011).

All four parties (including the Greens) will be courting that undecided vote ferociously during this campaign.  As I stated in yesterday’s blog, it’s a three-way race this time, andall 107 seats in the provincematter.  The NDP already has a head start,but as was the case in 2011 – a significant lead doesn’t necessarily mean a victory come election day.  Based on this poll – 55% of respondents said it’s “time for a change” when asked whether the Liberals should be re-elected locally or not.  The NDP, PCs and Green have the field advantage at this point in time.

In my conversations with Liberals at Queen’s Park, the party office and locally here in the north, they all admit that Sault Ste. Marie is the only riding that they feel confident in holding.  David Orazietti was first elected when the Liberals swept to power in 2003, and has risen through the ranks to become Minister of Natural Resources.  By all accounts he has represented the riding well.  But it appears, based on the polls, many seem unsure of him this time around.

While Orazietti holds a lead in voter intent (27.5%) compared to the other parties (20.3% NDP), a plurality of respondents (36.2%) are undecided.  When asked whether the Liberals should be re-elected, 40% said it was “time for a change”while only 31% said they should be re-elected.

This is a very dangerous situation to be in as a Liberal incumbent.  The party’s brand is tarnished and Orazietti is skating on very thin ice with voters,it seems.  In 2011, this was the case in Sudbury for the Liberals – the mood was set on change – change for the better (at least that’s what the people wanting change said).  However the campaign (which I was a part of) managed to focus on the results that the community received as opposed to waving the big Liberal flag.  Ultimately that strategy,in conjunction with a very strong “get out the vote” machine, led to victory.

There’s one simple take away point – There is a way to mitigate the negative views of your party and your leader (regardless of what banner you’re carrying) – people like seeing results and very firm commitments.  Stephen Harper and the federal conservatives have become masters of this.  Promising the sun and moon doesn’t get you elected – it’s promising things that touch on vital voterconcerns, like saving money on taxes or getting more services for the community.  In the case of a government MP/MPP – showing directly how his/her advocacy improved the state of the riding.

The poll results in Sudbury are,for the most part not surprising.  But in Sault Ste. Marie, the numbers will be a wake-up call for not only the Orazietti campaign, andthe central party. Most Liberals would admit the “worst case scenario” in the North would have been holding Sault Ste. Marie and losing Sudbury, as well as the two Thunder Bay area ridings.  But if Sault Ste. Marie also falls, that means the party will have to find 4 more ridings south of Barrie that they would scoop up if they want to stay in power.

QUESTION: What do you think attracts voters? Big promises, or small commitments that voters can identify with? Weigh in below. 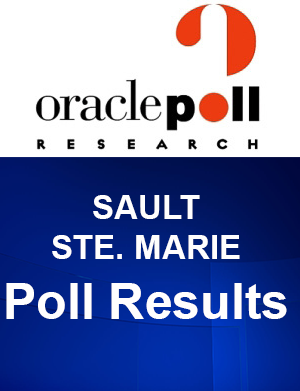 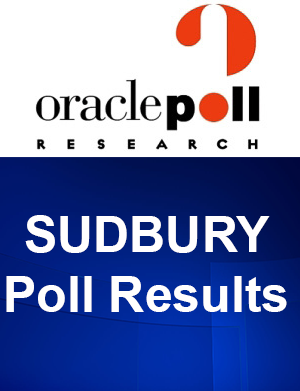 Read the full poll details completed by OraclePoll Research on the Sudbury Riding.