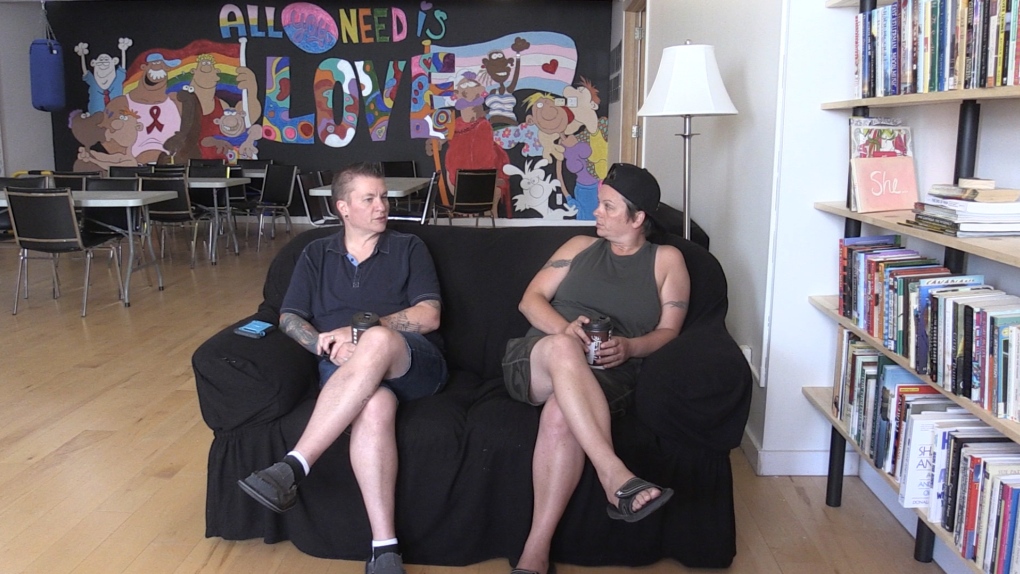 The Comptons have been influential in creating Outloud North Bay, a community safe space for youth and families from the LGBTQ+ community and others who don't feel accepted. June 28/2020 (Eric Taschner/CTV News Northern Ontario)

NORTH BAY -- When Seth Compton came out as a transgender man 15 months ago, he knew it was meant to be, even if he was scared at first.

"This wasn't an easy process for me because for the last 23 years, I've been living as a lesbian," said Compton.

Compton began hormone therapy and was scheduled to start surgery; that is until COVID-19 began.

"I received nothing but compassion."

This day is about celebrating being who you want to and feeling proud.

It's also a time to reflect on the past when being a part of the LGBTQ+ community was not fully understood.

"It's absolutely important when Seth says the word education," said Seth's sister Jessica, who identifies as a Lesbian.

"I'm a high believer in bringing that education to kindergarten classes."

Compton says there will always be stigma surrounding being a member of the LGBTQ+ community.

"If we just took a minute to understand we're all just human beings and not just put a label on any of us, I think the world would go around a lot smoother," said Compton.

The Comptons have been influential in creating Outloud North Bay, a community safe space for youth and families from the LGBTQ+ community and others who don't feel accepted. The space just held its soft launch.

"It's a place where we can provide workshops and educate parents on genders and just the things kids are going through now a days," said Seth.

Seth says there was not a similar space for him when he was younger, which is why it took him longer to come out.

"We had families come in here yesterday that were almost in tears because they haven't had a space like this or resources to offer their children," said Compton.

Seth's sister Jessica credits her brother's tireless effort to create the space and says at least 80 families visited the facility throughout Saturday to learn more about it.

"When Seth opened the space, he wanted to spread around the world the education of who we are and what do and the reason behind it," said Jessica.

The Comptons hope that by sharing their story, they can connect with others who might not be comfortable with who they are.