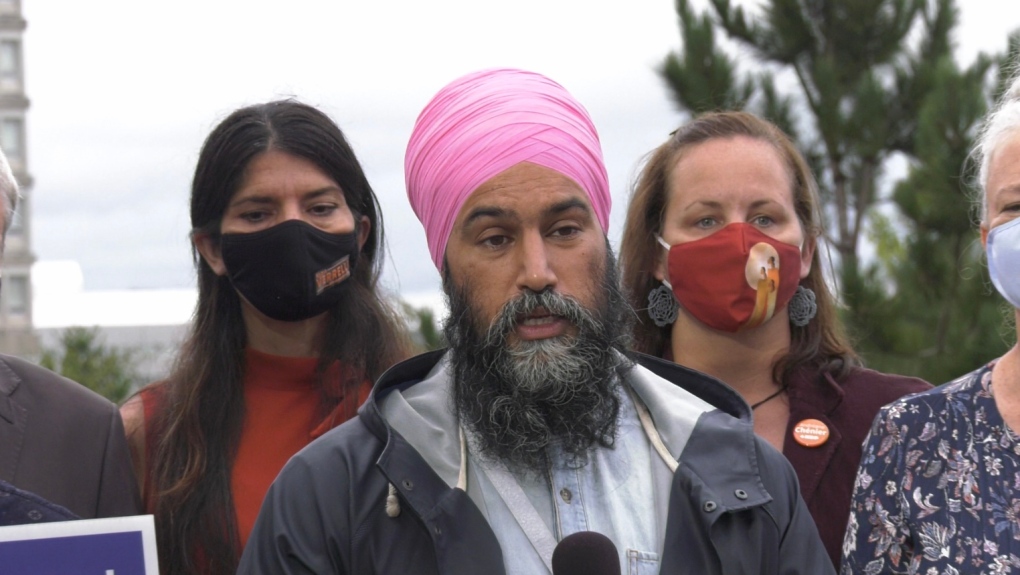 NDP leader Jagmeet Singh was at Laurentian University on Saturday to support Sudbury candidate Nadia Verrelli and her push to become the next federal representative in what is sure to be a highly contested riding.

A former Laurentian University professor, Verrelli was laid off as part of the school’s restructuring in April that saw over 100 faculty members lost their jobs.

For his part, Singh double down on Verrelli’s statement and says that Trudeau has turned his back on northern Ontario.

"This is a center for Sudbury, of course, in the surrounding area. But it's actually very vital for the North and losing Laurentian and the cuts that have already happened are a devastating blow to indigenous communities, to Francophone communities, and to people in the North who want to learn here, want to stay here. This is been a serious blow," said Singh.

"What we're going to for students, we’re going to permanently remove all interest from federal loans for students immediately and permanently. We also know that students are dealing with record levels of debt, far more debt than any of us when we went to university," he said.

"Students are struggling when they graduate. So we want to go beyond just forgiving or for - for eliminating entirely interest. We want to also forgive student debt to help young people to give them that first step, to make sure that they are not being crushed under the weight of that debt we're going to forgive student debt as well."