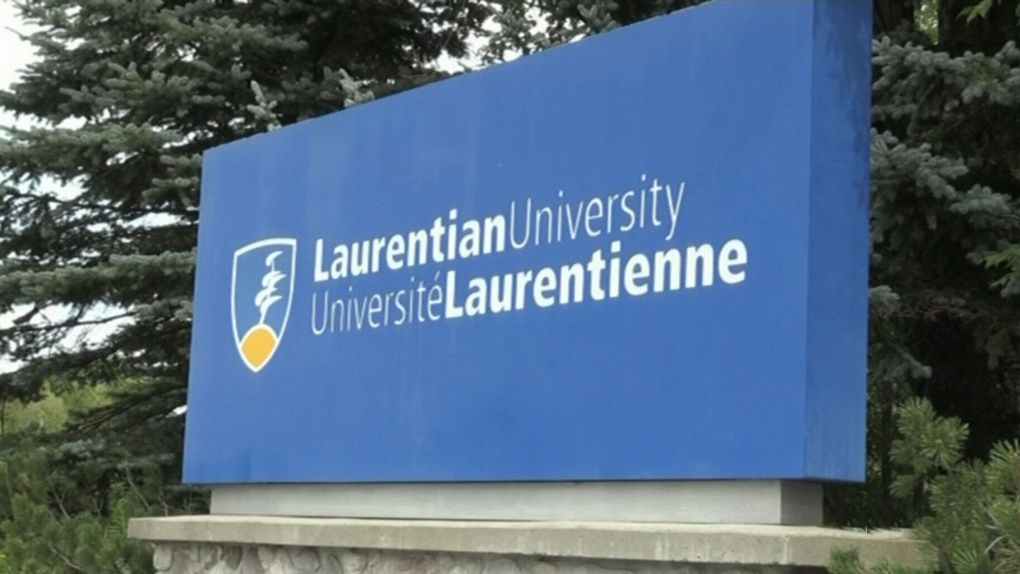 A day after the president of Laurentian University issued a statement on the school's ongoing insolvency process, groups opposed to expected program cuts issued news releases of their own. (File)

SUDBURY -- A day after the president of Laurentian University issued a statement on the school's ongoing insolvency process, groups opposed to expected program cuts issued news releases of their own.

The union representing faculty at the university blasted LU president Robert Haché's statement, while the labour council in Sault Ste. Marie announced a March 11 protest outside of MPP Ross Romano's office. Romano is Ontario's Minister of Colleges and Universities

In its release, the Laurentian University Faculty Association (LUFA) accused Haché of using the insolvency process to reduce "students, faculty, and staff to the status of creditors, from which the university seeks to protect itself."

The Companies' Creditors Arrangement Act, the legislation that covers LU's insolvency, is designed for the private-sector, LUFA said, not public institutions. They accused Laurentian of using the act to "restructure the university by cutting programs, jobs, and research projects."

“If Laurentian wanted to engage in a restructuring process that treated members of the university community as respected stakeholders, they could have done so,” LUFA President Fabrice Colin said in the news release.

Instead of using the Act, Colin said Laurentian should have lobbied the province for more funding.

“That would have meant working with other campus stakeholders to call on the provincial government for financial support, as other universities have done when faced with similar challenges,” he said.

"Instead, the university administration made the unprecedented, inappropriate, and costly decision to seek CCAA protection," the release said. "In this process, faculty, staff, and students are placed in an untenable position where the university is trying to force them to take cuts to programs, jobs, and research. Students, faculty, and staff should not have to pay the price for the poor governance practices of an underfunded public institution."

“This government’s inaction poses a direct threat to jobs and the ability for students to graduate from programs of their choice,” Rahul Sapra, president of the Ontario Confederation of University Faculty Associations, said in the release. “It is a shame that, as Minister of Colleges and Universities and as an MPP from northern Ontario, Ross Romano is standing on the sidelines and watching a public university being dismantled."

And a news release from the Sault Ste Marie District Labour Council and Ontario Confederation of University Faculty Associations invited union affiliates and the public to meet at Romano’s office March 11 at noon.

The rally is intended "to demand that the Conservative government step up and provide long-term, stable funding to Laurentian University to secure the institution’s long-term future," the release said.

"Years of underfunding, combined with reckless decisions by Laurentian’s administration have put the university in financial peril."

In recent years, Laurentian has made strides toward providing Indigenous programming and courses that incorporate Anishinaabe traditional teachings, the release said.

"These programs are also threatened by Ross Romano's … refusal to invest in the future of Laurentian University."

The March 11 rally begins at noon at Romano’s office at Elgin Tower in Sault Ste. Marie.

"Bring your flags, and a mask, physical distancing required," the release said.