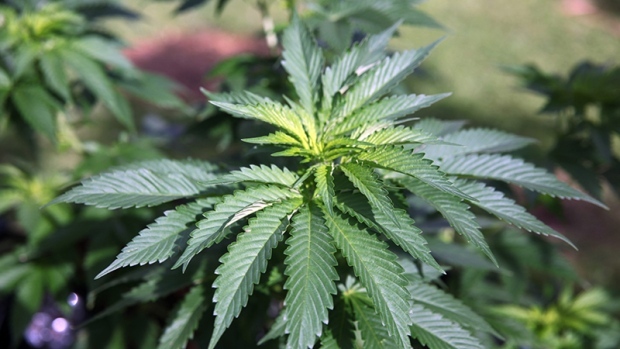 In northern Ontario, Greater Sudbury has six stores in the application process or already operating, while Sault Ste. Marie has five and North Bay has seven. (File)

SUDBURY -- The legal cannabis market in Ontario is set to explode in the coming months, as the province takes a free-market approach to the fledgling industry.

Here in northern Ontario, Greater Sudbury has six stores in the application process or already operating, while Sault Ste. Marie has five and North Bay has seven.

With a population in North Bay of around 51,000, one cannabis store says they are ready for the newcomers.

"Well you know we do welcome the competition," said Noreen Nichol, whose family owns and operates Kana Leaf 2020 in North Bay. "But I do have to say I am surprised due to the population size."

"Part of the reason that we saw a very slow pick up in the growth of the industry post-legalization was, in many ways, because of the slow roll out all retail stores in Ontario," Sarugaser said. "So this sudden expansion is actually something that the industry has been waiting for for a long time."

Prices per gram have dropped recently to as low as $5 when sold by the ounce, he said. That's a function of both oversupply, as well as producers refining their processes to get costs as low as possible.

Ryan Greer, senior director and cannabis policy lead with the Canadian Chamber of Commerce, said what we're seeing is a new market finding a foothold in Canada's economy.

"I think as the regulated market has matured and improved capacity and efficiency, prices have adjusted to try to compete with that illegal market," Greer said.

"The advantages of having a safe, regulated supply that has been tested, and that you know where it comes from, is obviously a helpful advantage for the regulated market. But consumers also obviously vote with their wallets, and so it's also encouraging for consumers that the price has come down."

When asked whether the Ontario market can bear such a quick increase in the number of stores, Greer pointed to Alberta, which has 400 stores and a much smaller population.

Ontario started with 16, and has ramped up to more than 100 and counting.

"I think there's probably lots of room to continue to grow to meet the demands of the market," he said. "I think Alberta is up over 400 stores. I don't know if that's the right amount of capacity or too much for that province, but you know in general, Ontario is underserved from a retail cannabis perspective."

A big boost to the industry took place when they were declared an essential service at the start of the COVID-19 pandemic. That meant customers didn't have to buy product illegally.

"I think was an important step to stop Canadians from either sticking with, or perhaps returning to the illicit market," Greer said. "I would say the continual opening of new locations, however belated, is a step in the right direction for combatting the illicit market."

Allowing cannabis stores to deliver was another important step, he added, since the underground market operates without restrictions.

"The illicit market already offered sophisticated delivery service for a long time -- through the mail or through somebody coming to your door," Greer said. "I think it's important that if you're going to truly displace the illegal market, you need to be able to offer the same or a higher level of service. And certainly delivery is a component of that."

Another important factor is the legalization of edibles, drinks and other related products. Sarugaser said not only are they potentially more profitable and harder for illicit markets to duplicate, but they appeal to a wider segment of the public, many of whom have no interest in smoking cannabis.

"That is expected to grow to at least 50 per cent of the market, if not more, and the expectation is that over time, these other formats will be accessible for … people that don't want to smoke or don't want to have the same experience as smoking cannabis," he said.

"They would prefer to have a beverage with, or have a chocolate you know with THC. And it provides a similar experience without (smoking)."

When asked whether all the retail stores opening soon are sustainable long term, Sarugaser said the market will decide.

"The government is allowing the free market to determine the right number (of retail stores)," he said. "So they are allowing a lot to open and then let the free market decide which are the best operators.

"A natural equilibrium will be established over time. So likely there will be a boom and then a levelling off to what the market can actually support."

For her part, Nichol said Kana Leaf 2020 will focus on customer service and the fact they are locally owned and operated to help give them the edge in a crowded marketplace.

We're very proud that we are locally owned and operated," she said. "It's like that with our staffing -- we are one big happy family. And that resonates when a customer comes into our store. They can feel that environment and that's very important to us."