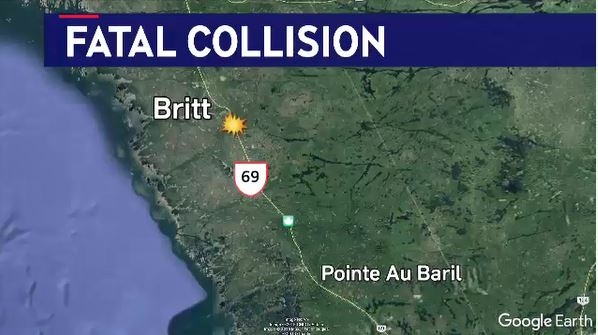 SUDBURY -- Ontario Provincial Police (OPP) confirm that one of the occupants in the two vehicles involved in the crash was killed.

Further information may be released after next of kin notification has been completed.

The highway has now been fully reopened to traffic.

Traffic is being alternated on the one side.

SUDBURY - OPP say there has been a fatality in the crash that happened on Highway 69 Tuesday morning.

Police say it happened in Britt - Byng Inlet around 8 a.m.

The road remains closed in both directions from Key River to Parry Sound with no estimated reopening time.

Police are investigating at the scene.

SUDBURY -- OPP say a crash on Highway 69, south of Sudbury, Tuesday morning has caused the road to close in both directions.

Police say it happened  in the northbound lane of Highway 69 approaching the turnoff for Highway 529 near Pointe au Baril.

As a result of the collisIon, the highway is closed in both directions between Key River and Parry Sound, due to two vehicles blocking the road around 8 a.m.