Have you ever ignored a road closure? Here are the consequences 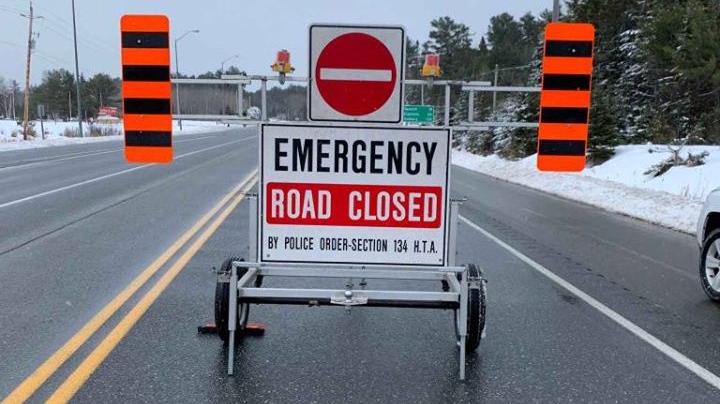 The crash, involving a snow plow and transport truck, happened Sunday night and the police investigation stretched into Monday morning.

Ignoring a road closure carries a fine of $110 plus three demerit points. Police say the ramifications of maneuvering around a road closure sign can be significant, endangering emergency and highway maintenance personnel.

It can also compromise a police investigation. At the scene of crashes, tire marks left at the scene are crucial evidence which officers need to protect.

She said that officers need to carefully photograph and take measurements of vehicles involved in the crash, along with debris and tire marks -- evidence that can be destroyed by other drivers ignoring a road closure.

Coulombe says police also don’t want people taking photos as it can jeopardize the investigation’s integrity. “One of the roles of police is to conduct next-of-kin notification. Social media and the internet have created a culture in which people can find out that [a relative] has died before police are able to contact them.”

Const. Marie Ford of the OPP Manitoulin detachment says a decision to close a road is not taken lightly.

“Road closures may have a significant impact on personal and commercial traffic and the OPP are cognizant of that,” she says. “Public safety and officer safety are the main considerations when deciding to close a road.”

The OPP reminds motorists and the public not to call police about road closures. You can call 5-1-1 anywhere in Ontario, the Ministry of Transportation at 1-800-268-4686, or follow 511ONNortheast on Twitter.