Deputy Chief Ellard Beaven, of the Timmins Fire Department, says the fire started around 4:30 a.m. at the Kaleidoscope Co-Op Homes.

Officials tell CTV News a boy spotted a deck burning from a window and told his father, but say the fire was too big to manage.

It originated on a deck of the multi-unit housing complex where multiple flammables, such as a gas can, cigarette container, barbeque propane tank, and natural gas lines were located. Luckily, fire crews were able to contain the blaze so it didn't spread to other buildings in the complex.

"One structure was burning from the rear from the outside from the deck area and then it progressed to another deck; it breached the natural gas metres and that natural gas fed the fire to what we have here at the back. So, that was part of the issue. It went up into the eave and extended into two other apartments. Thankfully, these all have fire separation, so there is some water damage to the outlying buildings, but that fire is contained to the three main buildings," said  Beaven.

The Red Cross is assisting the victims.

No injuries have been reported.

Chief Beaven says an investigation is underway to pinpoint the exact cause of the fire, but says at this time, there’s no need to call in the Fire Marshal’s office. 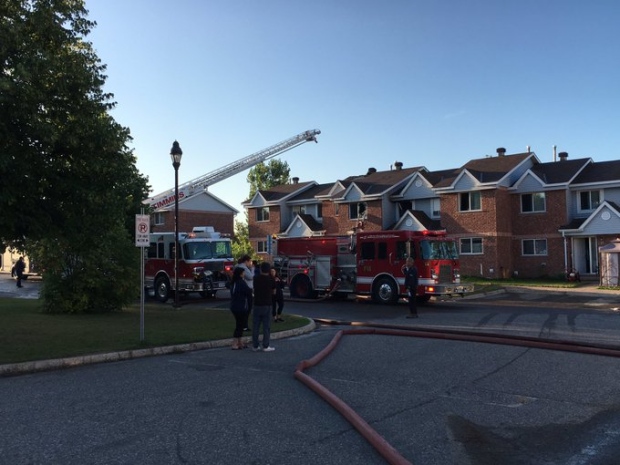 CTV Northern Ontario's Lydia Chubak is on the scene and will have more information as it becomes available.

Officials say six people are displaced after a fire @cochrane_dssab’s Kaleidoscope building. The Red Cross is on scene to provide assistance. Officials say the fire started around 4:30 a.m. and no one was hurt. I’ll have a report on @CTVNewsNorthern. pic.twitter.com/lxCiPOa5RD