Cracking down on unsafe vehicles 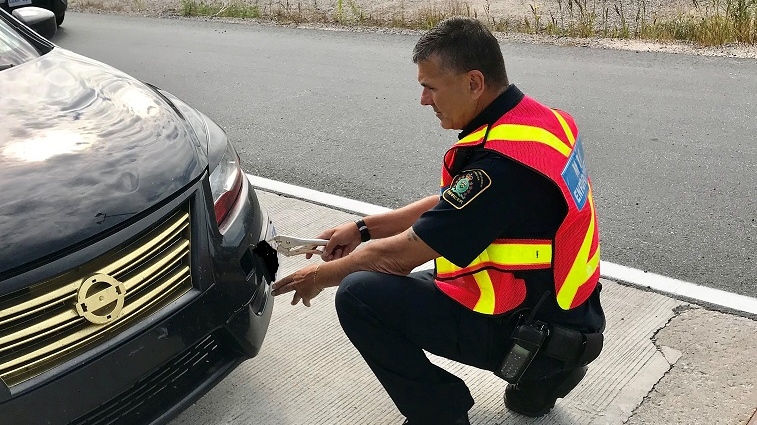 North Bay police in collaboration with the Ministry of Transportation spent the last few months focussing on vehicle fitness.

As a result, 19 charges have been laid between July and September for drivers that failed an inspection detail.

Officers issued inspection report notices to drivers of vehicles that displayed apparent mechanical deficiencies. Those vehicles identified by police were inspected by MTO officers at the Highway 17 weigh station scale in North Bay.

19 drivers were charged with various offences, including: driver licence, driving or permitting the operation of an unsafe vehicle, load not properly secured, vehicle weight, expired plates, lack of annual inspection stickers, and failure to show.

According to the MTO driver’s handbook:

"It is illegal to drive a vehicle in dangerous condition. A police officer or Ministry of Transportation inspector can examine your vehicle, its equipment and any trailer attached to it, at any time. If the vehicle is found to be unsafe, it may be taken off the road until the problem is fixed. If you refuse to allow the examination, you can be fined up to $1,000. If the vehicle is then found to be unsafe, your licence plates can be taken away."