SAULT STE. MARIE -- The owner of Centre Ice Bar and Grill, located in the Community First Soo Pee Wee Arena in Sault Ste. Marie, has apologized on Facebook over a sign that was placed in front of the arena late last week.

Over the weekend, the sign received harsh feedback on social media.

On the bar’s Facebook page, owner Tony Coccimiglio wrote: ""As the owner of the locally owned Centre Ice Bar and Grill I sincerely apologize for any misunderstanding (sic) I have caused with the wording of my sign. I was trying to make light of a very sensitive situation. I immediately took the sign down as soon as it was brought to my attention that the wording may be offensive to some. I was only wanting to promote my new pizza line. I have supported our community for the last 10 years and I hope you as a community continue to support my business. I am not a racist and I will never be a racist and again I am truly sorry."

The African Caribbean Canadian Association of Northern Ontario (ACCANO) responded to the sign:

"African Caribbean Canadian Association of Northern Ontario (ACCANO) members are extremely disheartened with the mockery of the Black Lives Matter movement indirectly messaged in an advertisement billboard that was erected last week. To make light of a movement that concerns itself with ensuring that like all lives, Black lives matter too, is appalling." 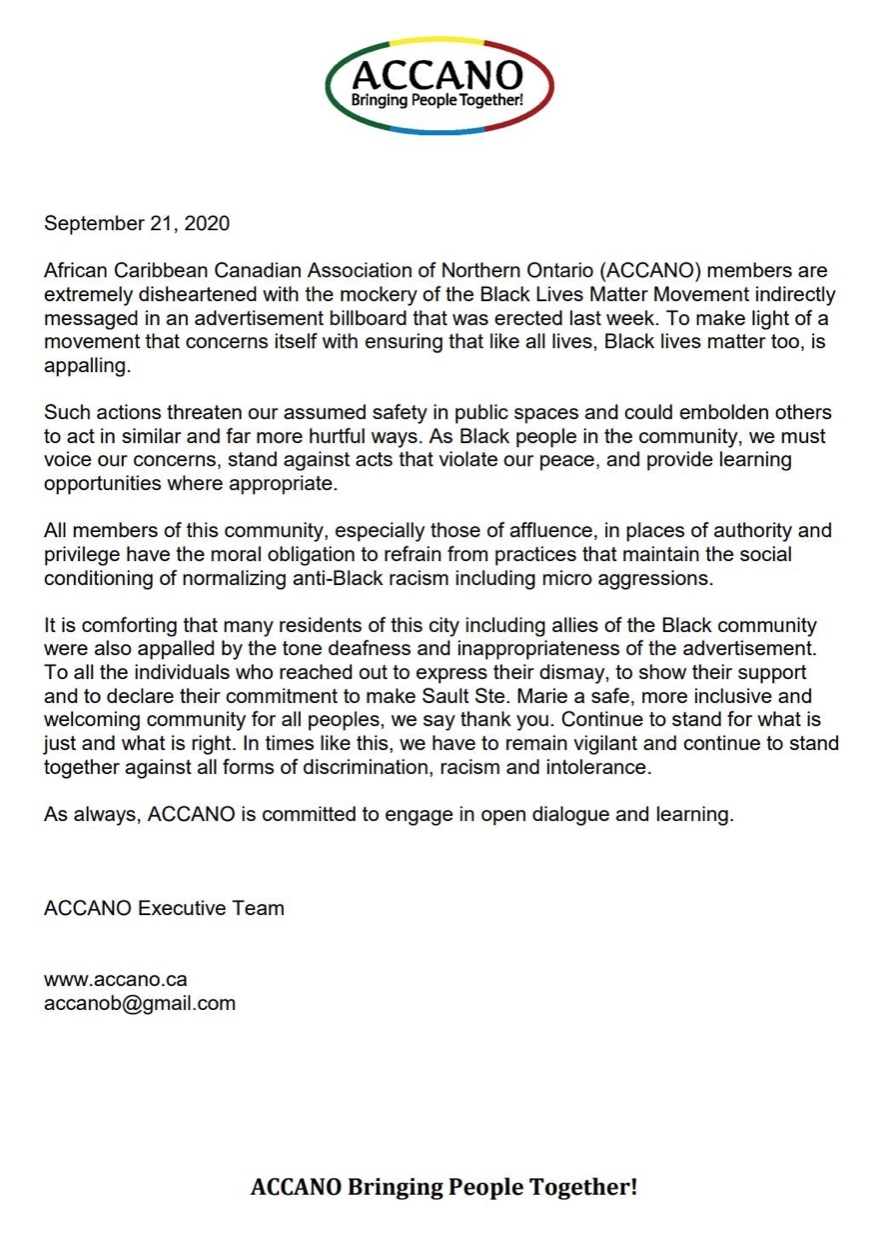 Both ACCANO and Tony Coccimiglio declined to speak to CTV News on camera about the sign.

Coccimiglio said he wrote everything he wanted to say on his social media page.

ACCANO said members were hoping to have a meeting with Coccimiglio before speaking to the media about this issue.