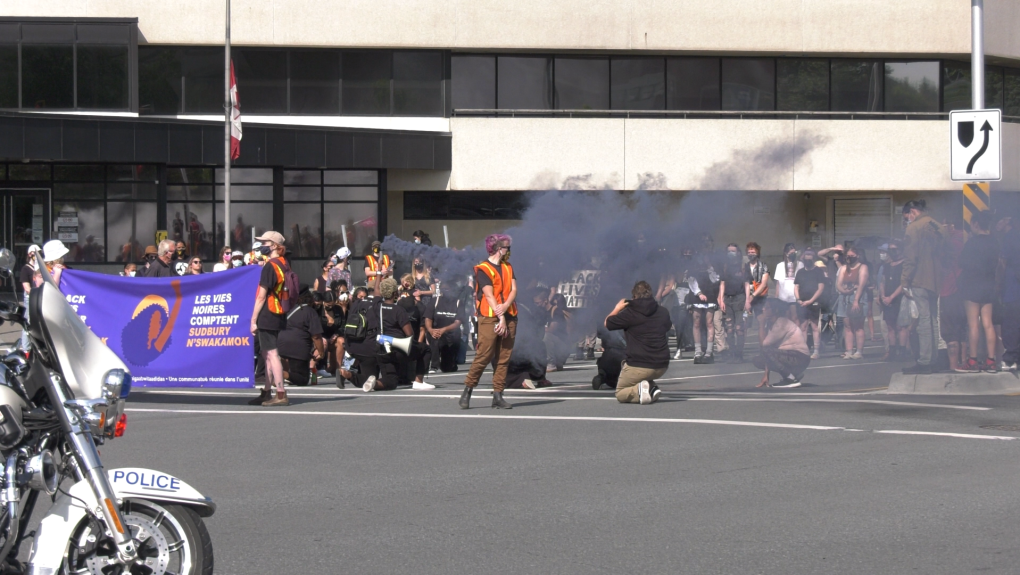 It's a major milestone for Black Lives Matter Sudbury that marked it's one year anniversary with a rally at Tom Davies Square.

A smaller but powerful group joined the organization as they heard speeches of empowerment. Organizers spoke of the accomplishments they have to celebrate but how there's still more work to be done.

They also spoke of how Greater Sudbury has yet to accept their demands or to defund the police budget by 10 per cent.

"I'm so ecstatic to be here, it's been a long road of us getting here, from originally being a Facebook chat of like-minded individuals and now we're a registered not-for-profit group," said president Ra'anaa Brown.

Brown says they've seen a lot of growth over the past year where their membership has doubled, even tripled and she's proud of how they've become a recognizable organization.

"We still have a lot of work to do but a lot of change has started to happen, you know already we're starting to educate the community. People are starting to understand the need for groups like our organization. They're starting to see the systemic racism that does exist within our institutions," she told CTVNews.

Ruva Gwekwerere, their communications liaison was also on hand and ready to help lead a march around the square.

"It feels great to have grown so much over the past year. We've really been able to garner support to get people who haven't understood the issues to come on board and understand the issues," said Gwekwerere.

She tells CTVNews they're very proud of what they've been able to accomplish with the rallies as well as their conference. She didn't even know if it was possible in Sudbury but now they have a movement.

"One of our biggest campaigns has been for the police budget, we're asking for a 10 per cent reduction to the police budget and for that money to go toward social services in Sudbury. We have a big problem with homelessness in Sudbury - we have addictions and mental health issues," she said.

Traffic was stopped and members laid down on the hot black pavement as someone read out names on a bullhorn.

The group then again recited their demands to the city while waving black and red coloured smoke.

After a brief demonstrations they've continued moving again and returned to the plaza, all while being escorted by members of the police traffic unit.

Black Lives Matter Sudbury says the police budget increased this past year. They're going to continue to push and call for change from city leaders.

Communities have been left reeling after a severe thunderstorm ripped through much of southern Ontario, leaving five people dead and tens of thousands without power.

Tens of thousands without power after severe storm hits Ottawa

Russia pressed its offensive in Ukraine's eastern Donbas region Sunday as Poland's president traveled to Kyiv to support the country's Western aspirations and became the first foreign leader to address the Ukrainian parliament since the start of the war.