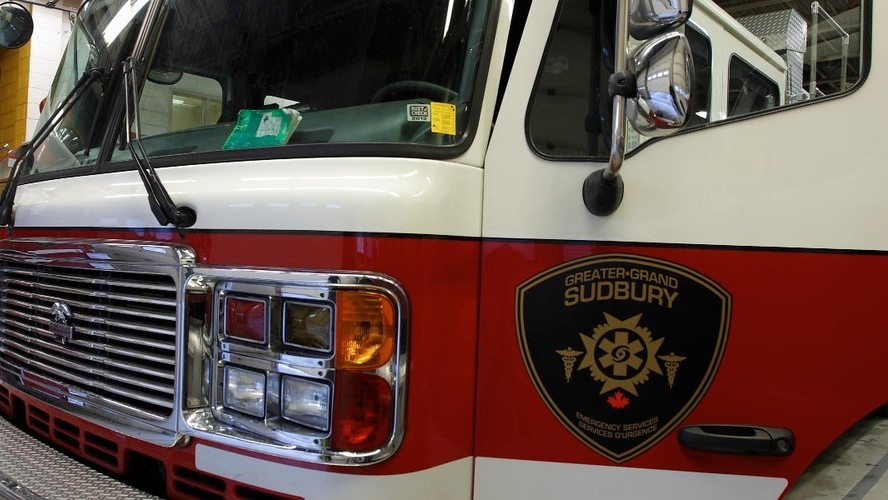 SUDBURY -- After a three-year battle, an Ontario Labour Board arbitrator has ordered Greater Sudbury to hire two more full-time firefighters to work in the Valley East station.

The station in Val Therese has operated with two full-time firefighters, along with volunteers, since before amalgamation at the turn of the century.

However, the union representing full-time firefighters, the Sudbury Professional Fire Fighters Association, successfully argued that a report commissioned by the city showed safety would be improved by adding more full-time staff.

That report, a controversial optimization study that recommended hiring more than 50 new full-time firefighters, was authored by former Sudbury Fire Chief Trevor Bain, who testified on behalf of the union at the hearing.

The city argued that granting the union's request would be a violation of their right to decide an appropriate service level under provincial regulations.

"In any event, the city denies that the situation at Val Therese is unsafe," the arbitration transcript said. "To support its position, the city relies on current practice at volunteer and composite fire stations across the province, including its own 19 volunteer stations."

In its arguments, the union compared the city to five other municipalities, each of which had at least four full-time firefighters on every engine or pumper.

"The association also points to the optimization report prepared when Mr. Bain was the city fire chief," the transcript said. "That report records that many other municipalities in Ontario also have a four-firefighter minimum."

"Pointing to various field studies and experiments, the association submits that the science supports an indisputable conclusion that a minimum crew of four career firefighters should be staffed on a continuous basis at the Val Therese station."

The city countered there are standards in place in Sudbury requiring seven firefighters to be present before entering a burning structure, making the union's argument moot.

"Furthermore, the city says that the probability of this situation occurring is small," the transcript said. "There is no evidence of an unsafe situation having occurred at Val Therese in the 2016-2018 period and no evidence of any previous complaint anywhere about this issue.  In short: 'there is no demonstrated need for a change in staffing (model) to address a systemic problem.'"

The union representing volunteer firefighters in Sudbury, the Christian Labour Association of Canada, argued that cities have limited resources and that there's no evidence that a firefighter in Val Therese has ever been in an unsafe situation because of staffing levels.

"The anticipated $1.3 million annually required to fund the association proposal could be expended in other ways for far better purposes," the volunteer firefighter union argued.

In his decision, arbitrator Jeffery Sack said he put a lot of weight on Bain's testimony because as a former chief, he has extensive experience with firefighting in Sudbury. He quoted from Bain's optimization study, which said the response time of volunteer firefighters is not guaranteed.

"Having to wait on the timely arrival of an adequate number of volunteer firefighters creates an environment of constant apprehension, knowing that arriving at a working fire with the public looking on creates an atmosphere of obligation to act when one is asked to stand down," Bain testified. "The two arriving firefighters can either act out of obligation and risk their well-being or not act and live with the scrutiny of the public and one's own thoughts of what might have occurred should they have been adequately staffed."

In his ruling the arbitrator rejected the city's argument that seven firefighters are required, saying that was more a guide than an accepted standard.

"If followed without deviation, it would direct firefighters not to attempt an interior rescue even if a crew of four were in attendance at a fire scene," the transcript said. "It appears to us that the notion that firefighters should not enter a structure on fire unless there are seven in attendance would be harmful to the public and magnify the safety risk to firefighters arising from the increased delay."

Even though arguments that staffing has never caused a safety issue in Val Therese were accepted, the arbitrator ruled that the broad consensus and other rulings have said four people are required as a standard.

And while an unsafe situation hasn't happened yet, "each of the parties and all of the witnesses accept that a two-firefighter career crew at Val Therese could confront a fire, on the verge of becoming a major fire, tomorrow," the transcript said.

"The report was prepared long before this arbitration and without any contemplation of or positioning for what became adversarial labour litigation," the transcript said. "The optimization report erases any trepidation the board might have had about altering the staffing model at a single location."