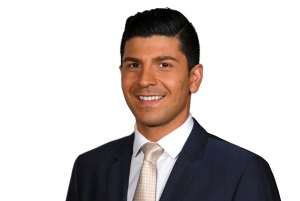 He joined the CTV team in October of 2013 after spending two years working for City Winnipeg as an anchor, reporter and weather specialist on the popular morning program Breakfast Television.

Sean started his career in journalism with Global News in a variety of capacities. He’s worked for Global National and Global Toronto as an associate producer but also worked on the assignment desk, served as a news writer and chase producer for investigative series 16X9.

Born in Toronto, Sean holds a BA in communications from the University of Guelph and has a diploma in journalism from Humber College. He also has a Bachelor of Education from Trent University.