Police say the 35-year-old woman that was injured in Monday's stabbing in Sudbury is now out of critical care and is in stable condition at the hospital after suffering stab wounds to her neck.

Her nine-month-old child continues to recover with family from multiple bruises.

Police have also confirmed a second child with the woman during the incident was not injured in the attack.

They say the accused, Alexander Stavropoulos, and the woman were not known to each other and the attack was random.

Stavropoulos remains in police custody and faces several charges including two for attempted murder in connection to the incident.

Police say a stabbing involving a woman who was carrying a baby happened in the middle of a parking lot outside a busy shopping area in News Sudbury.

Officers say that a man with a knife attacked people and was being held down by members of the public who had intervened and disarmed the man.

The attacker is now in custody and was taken to hospital with self-inflicted injuries.

The woman and child were also sent to hospital with unknown injuries.

Police say it is not known at this time whether the assailant and the vicitm knew each other.

Anyone who witnessed the incident is asked to contact Greater Sudbury Police Service.

Sudbury police tell CTV News that they have a man in custody after a stabbing Monday afternoon.

It happened in the parking lot of a popular craft store on Marcus Drive in New Sudbury.

Police say the scene is secured and four people were sent to hospital with injuries. The extent of the injuries is unknown.

A heavy police presence remains at the scene while an the investigation is being conducted.

People are being asked to stay clear of the area and make room for emergency personnel.

CTV News Northern Ontario's Lyndsay Aelick is on the scene and will provide updates as they become available. 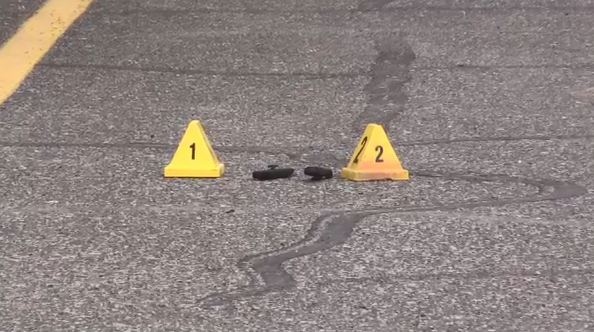 Police & @CGSParamedics en route to Marcus Dr. (Michael's) in relation to a possible stabbing. Multiple injuries reported. Extent of injuries unknown. Suspect on scene. Knife has been removed from his possession. Pls stay clear of the area & make room for emerg personnel