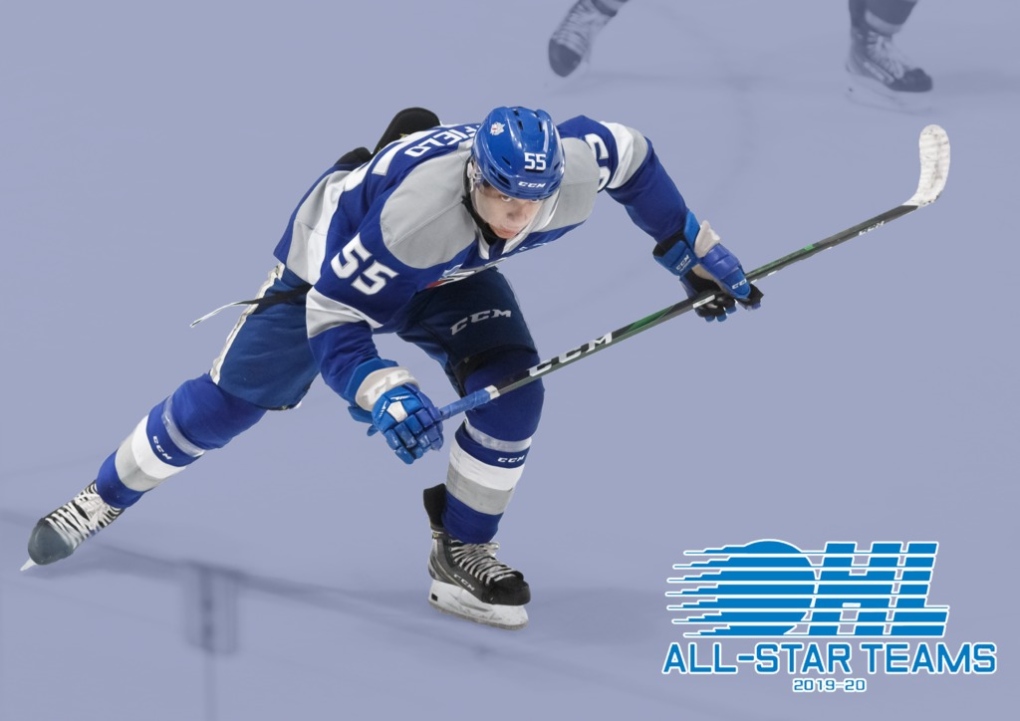 SUDBURY -- Quinton Byfield, the star centre for the Sudbury Wolves and a top prospect in this year's NHL draft, has been named to the Ontario Hockey League's all-star team.

In a news release Wednesday, the OHL said Byfield was named to the third-all-star team. Centering the first team is OHL scoring leader Marco Rossi of the Ottawa 67’s, while Washington Capitals first-round pick Connor centres the second team. The full list of players can be found here.

Byfield led the Wolves in scoring this season, with 82 points in 45 games, including 32 goals and 50 assists. The former No. 1 overall pick in the OHL was a member of Team Canada’s Gold Medal team at the 2020 IIHF World Junior Hockey Championship.

He's expected to be a top-four pick in the NHL draft, which is expected to be delayed because of the COVID-19 pandemic, which also led to the cancellation of the rest of the OHL season.

Stillman scored 13 goals and 21 assists for 34 points, leading Wolves rookies offensively and good for 9th in the OHL in scoring among rookies.