TIMMINS -- Timmins Transit officially revealed the addition of new wheelchair securement technology to one of its buses.

The Q’Straint Quantum system looks to give commuters in wheelchairs a safer and more independent ride, and Timmins Transit is one of the first in Ontario to use it.

"It allows the individual to not have to feel like you have to interrupt or disturb the driver or also it might be embarrassing to ask a question to be secured in front of all the other people on board," said Jamie Millions, operations manager of Timmins Transit.

The system works by having the rider centre his or her wheelchair with its back to the system’s headrest, pressing the green-flashing button to the rider’s left to lower a securement arm, then squeezes the wheelchair in place, and actively adjusts pressure during the trip. 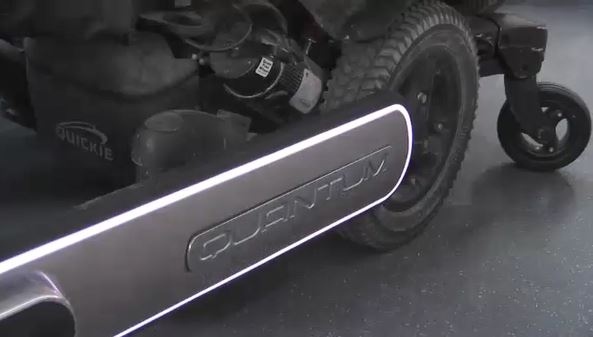 When ready to disembark, riders simply press the green button again to exit.

Millions said it’s a much faster procedure than having the driver manually secure the wheelchair and can make the rider more comfortable.

The technology costs $15,000 per unit and can come pre-installed with new buses or retrofitted with existing ones.

Millions hopes to purchase a new bus with this system every year, as old buses get phased out, until the city’s entire 19-bus fleet has a unit installed.

David Rivard works with the Timmins Accessibility Advisory Committee and uses a motorized wheelchair. He got to give the new system a test drive and said he was impressed. 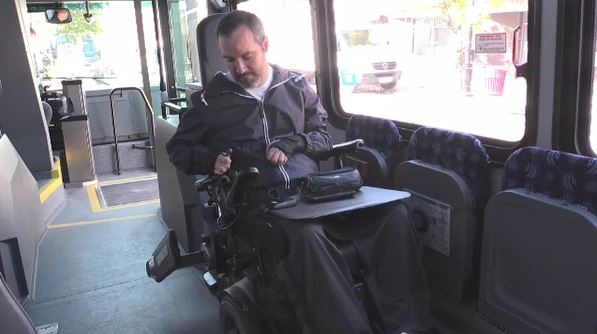 "I think it’s going to be very useful ... not just for the people in the wheelchair, but for everybody else on the bus," said Rivard.

Studies from the Journal of Rehabilitation Research & Development suggest up to 94% of injuries wheelchair passengers face occur from tipping over during regular operations. Other studies also report up to 58% of wheelchair passenger injuries occurred from improper securement.

Rivard said many transit riders in wheelchairs will avoid asking to be manually secured out of embarrassment for holding up everyone’s commute.  He says the Quantum system could be encouraging for riders.

"You don’t want a big wheelchair sliding around, so I think it’s going to be a lot safer for everybody and a lot more convenient," said Rivard.