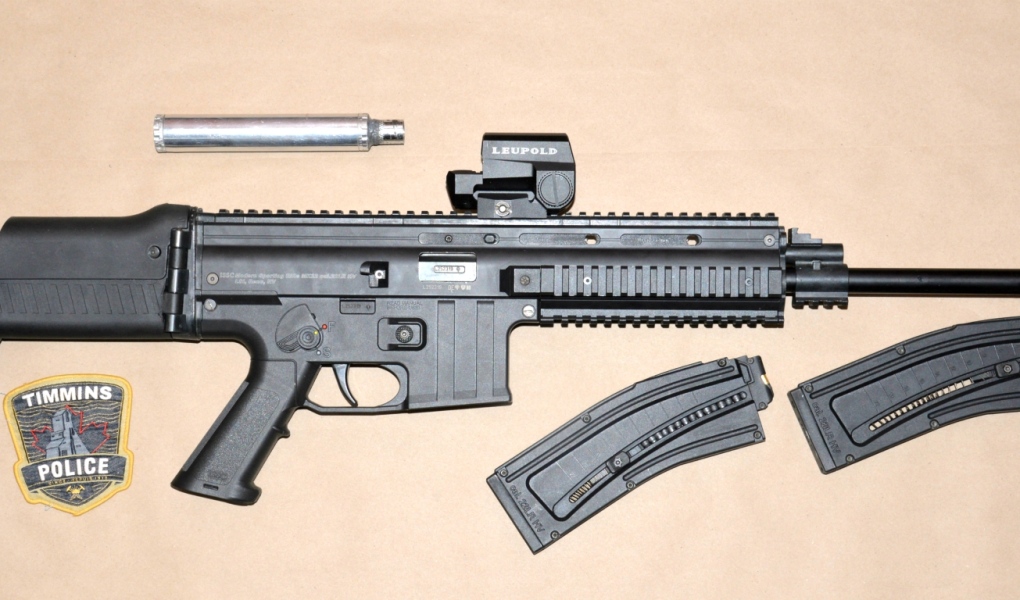 The Timmins Police Service charged three men with a number of firearms offences stemming from an early-morning traffic stop on Algonquin Boulevard in Timmins. (Supplied)

SUDBURY -- The Timmins Police Service charged three men with a number of firearms offences stemming from an early-morning traffic stop on Algonquin Boulevard in Timmins.

While completing general patrols of the downtown core July 20, a Timmins police officer noticed a vehicle being driven in a suspicious manner, police said in a news release Thursday.

"The officer initiated a traffic stop of the Nissan Pathfinder with three male occupants," police said. "The vehicle came to a stop in the parking lot of a local hotel."

While speaking to the occupants of the vehicle, police noticed a military style rifle in the vehicle. Upon inspection, police realized it was a loaded .22 calibre rifle.

"The firearm and $720 in Canadian currency was seized by the Timmins police as evidence," police said. "All three men were arrested without incident.at the scene."

Two men from Cochrane, ages 45 and 29, and a 41-year-old from Moosonee, have been charged several offences, including careless use of a firearm, possessing a weapon for a dangerous purpose, unauthorized possession of a weapon and possession of the proceeds of crime.

The trio have been released and will be back in court in Timmins on Sept. 29.