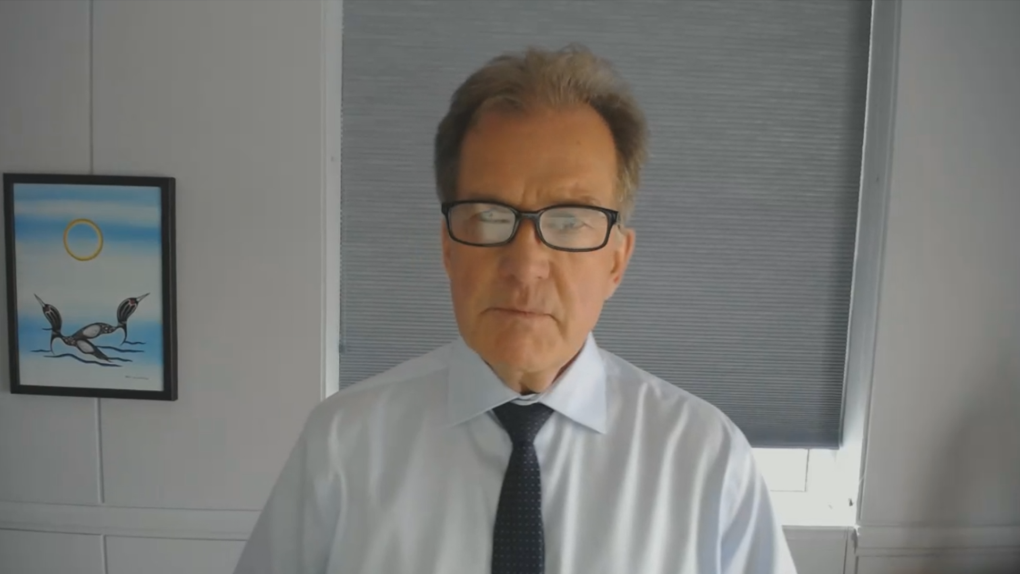 NEWS -- The City of Timmins declared a state of emergency Monday, and began offering vaccines to people ages 12 and older as the area tries to halt soaring COVID-19 infections.

Mayor George Pirie also urged residents to get the vaccine, saying it's the way the area will defeat the pandemic.

"We've had hundreds of spots that haven't been filled," Pirie said, urging residents to book an appointment.

While the province is already under a shutdown, he said the state of emergency will help have the area declared a COVID-19 hotspot, something he hopes the province will do soon.

"I think we're No. 3 in the province right now, behind Toronto and Peel," Pirie said.

Being declared a hotspot would help the Porcupine Health Unit access more vaccines, he said.

"That would be the most significant thing."

Pirie made the declaration at the request of the Timmins and District Hospital, the Porcupine Health Unit, and Cochrane District Emergency Medical Services.

Emergency officials report that its resources are overextended and that its emergency response is threatened.

Kate Fyfe, president of the Timmins and District Hospital, said the third wave of the pandemic is worse than earlier waves. She said the number of COVID patients in hospital doubled over the weekend to 10, with an average age of 42.

"It's extremely concerning to see the increase in the numbers," Fyfe said. "We're now seeing young, healthy individuals in hospital."

Dr. Lianne Catton, medical officer of health, said everyone in the region has to commit to stopping the spread of the disease. Vaccinations are key in the long-term, but Catton said residents should consider every social interaction as an opportunity for further community spread.

COVID variants spread much more easily, she said, and are making people sicker, regardless of age group.

"Every outing can come with a COVID exposure," she said. "Runny nose and scratchy throat? Please stay at home."

Timmins has faced similar challenges before, Catton said, and has risen to the occasion.

Pirie said he didn't take the decision lightly, but with businesses hurting in the community, they need to see an end to shutdowns and closures.

The fastest way for that to happen is for people to follow COVID-19 restrictions, and for more people to be vaccinated.

"We're asking residents to put their arms forward to get vaccinated," he said. "Get your arms out there."